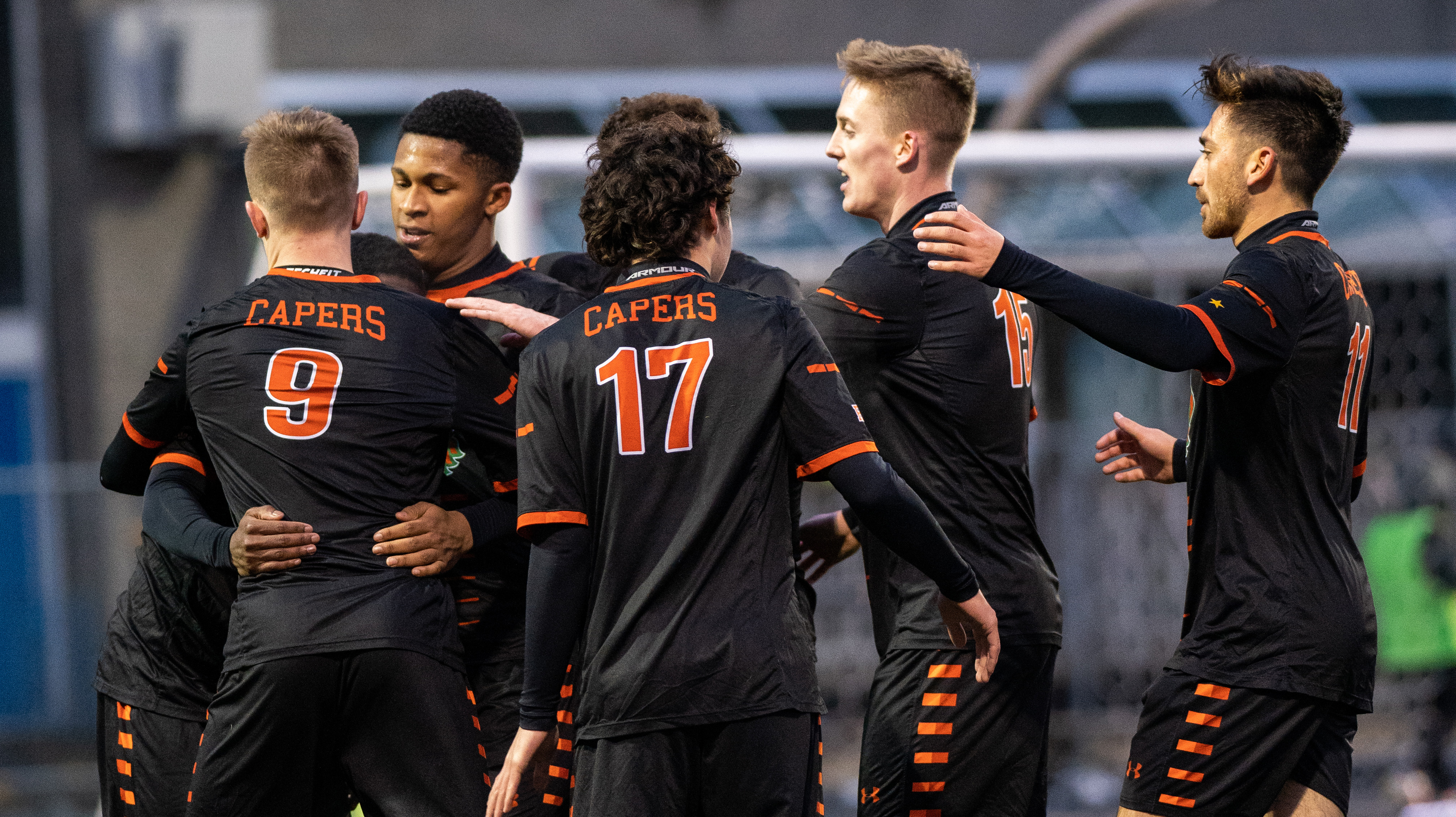 The 2019 CPL-U SPORTS Draft is fast approaching, with all seven Canadian Premier League outfits gearing up for two rounds of draft-day action, where 14 players will be offered the chance to compete in the 2020 CPL season.

This year’s draft promises just as much potential, and in that spirit, CanPL Editorial took a look at this year’s class of available university talent, with the help of scouts in the league’s Soccer Operations department, as well as U SPORTS experts, to come up with Mock Draft 1.0 ahead of a weekend filled with U SPORTS play in Montreal.

Waters has an incredible pedigree, with time in the Liverpool and Manchester United academies. He attacks defences with energy and love to run into space. He scored more goals than anyone else in Atlantic University Sport this year, and his finishing ability could quickly make him a fan favourite in Halifax.

Your next Peter Schaale: Technically-gifted, European-trained and captain-ready. A former Bayer Leverkusen and Blackburn Rovers youth prospect, the 21-year-old is an exciting young centre-back – and perfect for head coach Rob Gale’s preferred “build from the back” style of play.

It didn’t work out at Pacific last year for Gardner, who picked up a serious knee injury after going sixth overall in the first CPL-U SPORTS Draft and thus didn’t sign with the Tridents. They could certainly take another chance on the intelligent sophomore forward after a five-goal, four-assist season at UBC.

An Edmonton native with a Canadian men’s national team cap, Farmer is a top-notch defender whose physicality makes him a good fit for FC Edmonton’s style of play. Good in the air and steady with the ball at his feet, Farmer may be the star defender chosen in this year’s draft.

Everywhere this striker has gone, he’s scored goals. Jimmy Brennan got a first-hand look at him when he came on for AS Blainville against York9 in the Canadian Championship, and saw Karajovanovic’s active efforts to disrupt defences and create space. He scored nine OUA goals to lead the Ravens this season.

Domic is a known quantity to Cavalry, even though he won’t be playing at this year’s U SPORTS championship. Tommy Wheeldon Jr. figured he needed more playing time after his Cavs trial last spring, which is exactly what the pacey central midfielder got at Mount Royal. A Calgary native with a wealth of developmental experience, this just seems to make sense.

Brother to Richie and another product of Sigma FC, Laryea could add a little youth to the champions’ defence. He’s confident with the ball and reads the game well, which made him a reliable piece of the Lions’ backline for all 17 of his starts this season.

If it’s a versatile playmaker Forge wants, the obvious choice is Zis. He had twice as many assists as anyone else in the OUA, plus eight goals for the Gryphons. Forge has no issues with undersized, shifty players (paging Tristan Borges…), so Zis may be a perfect fit.

Cavalry could pick up versatile attacker here who can also play as a winger. The 18-year-old product of the Toronto FC academy is a force off the bench for Carleton, and he could inject some youth and creativity into Tommy Wheeldon Jr.’s squad as well.

Johnston, 17, is one of the youngest yet most sought-after U SPORTS prospects. He attended York9’s Dominican Republic pre-season camp before putting together a solid year with Woodbridge in League1 Ontario. Good with the ball and able to play in the middle or out wide, Johnston could very well be convinced to leave Cape Breton after one year of schooling for York9 by season’s end.

He couldn’t quite break into the Cavalry lineup last year, but can the 2018 first-overall pick find a regular CPL job at FC Edmonton? Bitar improved even more in the last year, as a versatile player who can slot in pretty much anywhere across the front of a lineup — perfect for the flexible 4-3-3 Jeff Paulus loves to use.

Pacific could certainly use some depth at the back, and Abida is one of the best defenders available in this draft. With four years’ experience in the French fourth division and a nod to RSEQ’s 2019 all-rookie team under his belt, he could make an immediate impact at centre-back for Pacific.

Budhoo trained with Valour this season while with WSA Winnipeg in PDL. A versatile local talent, Valour head coach Rob Gale could see value in familiarity, his ability to play as a central midfielder and left fullback and experience playing a full four-year undergraduate run with a top program.

A standout 4th-year left winger from Cape Breton, Bent brings 24 goals and 8 assists in 36 matches, and experience coming out of Preston North End’s academy in England. He is described as technically sound with good speed and finishing skills.