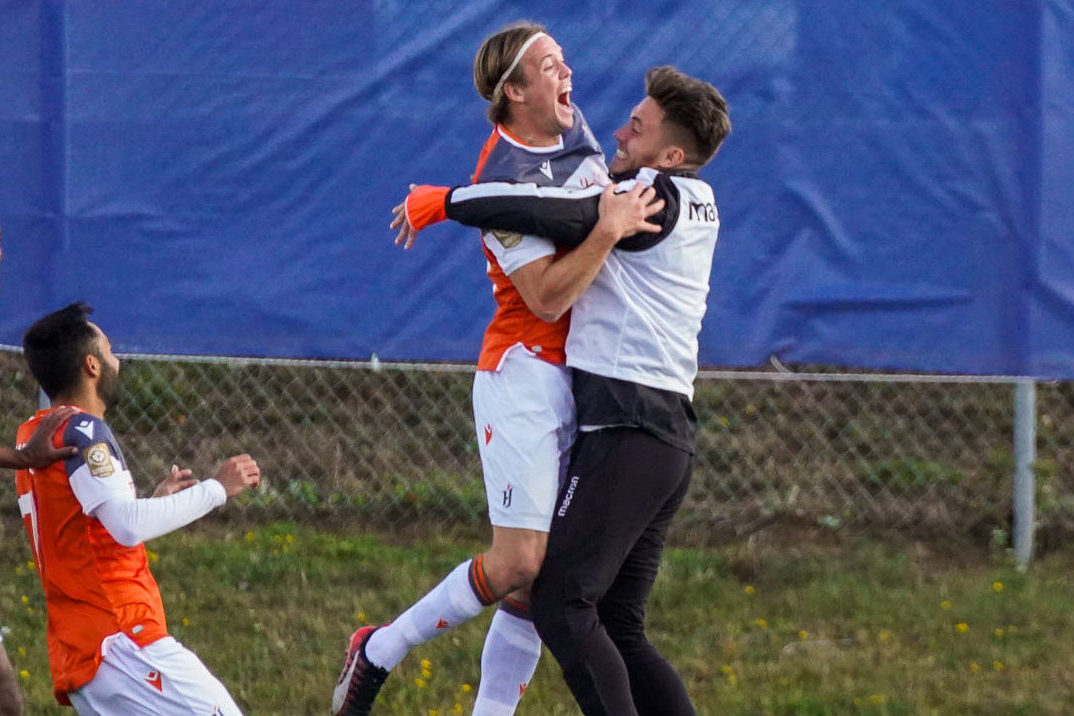 With the 2021 Canadian Premier League season just over a week away, now is as good a time as any to reflect on the Island Games.

35 matches on Prince Edward Island decided the 2020 CPL champion, and it was an entertaining return to action for the still-emerging league.

From memorable goal celebrations to a pair of free kicks, here are six of the top moments from the 2020 CPL season.

The Canadian Premier League welcomed an eighth club into the league in 2020, as Atlético Ottawa joined the fold.

We only got to see the newcomers seven times in 2020, as they were eliminated in the first round. They finished in seventh, but three points back of Pacific FC for the final spot in the second round, and put up some strong performances.

They won twice in their inaugural campaign, a 2-0 win over Cavalry FC and a 1-0 win over Pacific a week later, in addition to draws with York United (then known as York9) and FC Edmonton. Head coach Mista was nominated for Coach of the Year at the end of the season, but ultimately lost to Stephen Hart.

Malcolm Shaw’s goal to double the lead against Cavalry was arguably the goal of the season as well, and one of the best ever scored in the CPL.

The club will play in the first match of the 2021 CPL season with a fixture against FC Edmonton to begin their second campaign. That one kicks off at 2 pm ET, and can be watched on OneSoccer.

The CPL takes a stand against discrimination

At the 8 minute, 46 second mark of Ottawa’s first round match against Cavalry, players and staff from all eight CPL clubs surrounded the field and took a knee, many with raised fists, to show their support for the Black Lives Matter movement.

The specific 8:46 figure represents how long police officer Derek Chauvin knelt on the neck of George Floyd in Minneapolis last May, killing him.

Athletes around the world have been taking a knee before matches, or using other messages to reaffirm that discrimination of all kinds is unacceptable, and the this gesture was a powerful display of unity across the entire CPL.

Valour FC picked up the biggest win in their history in 2020, a 4-0 win over Atlético Ottawa in the first round.

Goals from Fraser Aird and Andrew Jean-Baptiste had Valour up 2-0 at the end of the match, but a 90th minute goal from Dylan Carreiro made it three. Seconds after, José Galán placed the ball into the top corner with an impressive strike for his first CPL goal, before running to the camera and pretending to rock a baby, a tribute to his months-old daughter Celia, and wife Paloma, who were back in Winnipeg.

One of the most memorable matches of the Island Games came on September 6th, when Pacific FC and FC Edmonton squared off in their final match of the first round. FC Edmonton were already eliminated, but Pacific FC were still able to finish in the top four, and move onto the second round, with a win.

Easton Ongaro scored in the 59th minute to give The Eddies the lead, but Pacific FC turned it around for a memorable comeback.

Josh Heard scored five minutes later to equalize in the 64th minute, but the next 20 minutes were nervy as Pacific searched for a winner. The ball came to Bustos at the edge of the penalty area, and the MVP candidate took a touch before firing a perfect shot into the top left corner, sealing the victory in the 85th minute.

Pacific would end up finishing last in the second round, losing to Cavalry and Forge, but picked up an impressive 5-0 win in their final match of the season against HFX Wanderers, a match in which Bustos scored twice more.

Marco Bustos 🍁 with the 🚀 to take Pacific FC into the next round on the road to the 2020 Canadian Championship Final pic.twitter.com/kRz2x3aONN

During his two years with York, Manny Aparicio scored several impressive goals, but free kicks in back-to-back matches is an uncommon occurrence. Aparicio did just that at the Island Games, starting with the opener in a 1-1 draw with HFX Wanderers.

So Manny did this on Saturday 🧐

The very next game, he did it again to beat FC Edmonton 1-0.

Aparicio has moved west for the upcoming season, signing with Pacific FC for 2021.

The 2020 season came to a close on September 19th, and ended with an entertaining match between HFX Wanderers and eventual champions Forge FC. Forge repeated as champions, earning a 2-0 victory.

Nothing separated the two sides for the first half, and the start of the second, but Forge finally broke through around the hour mark. The ball fell to Mo Babouli at the right of the goal, and he chipped a cross in to Alexander Achinioti-Jonsson, who headed home from close range.

Forge added a second in the final moments of the match, as Maxim Tissot fired a long free kick at Christian Oxner in the HFX goal, and it slipped through his fingers. The goal sealed the victory, and a second-consecutive North Star Shield for Forge.

Forge will be looking to make it three titles in a row in 2021, and the season gets underway in just over a week. The Kickoff, the league’s single-site way to get the season started begins on June 26th at IG Field in Winnipeg, Manitoba.

The full schedule for the start of the season can be found here.