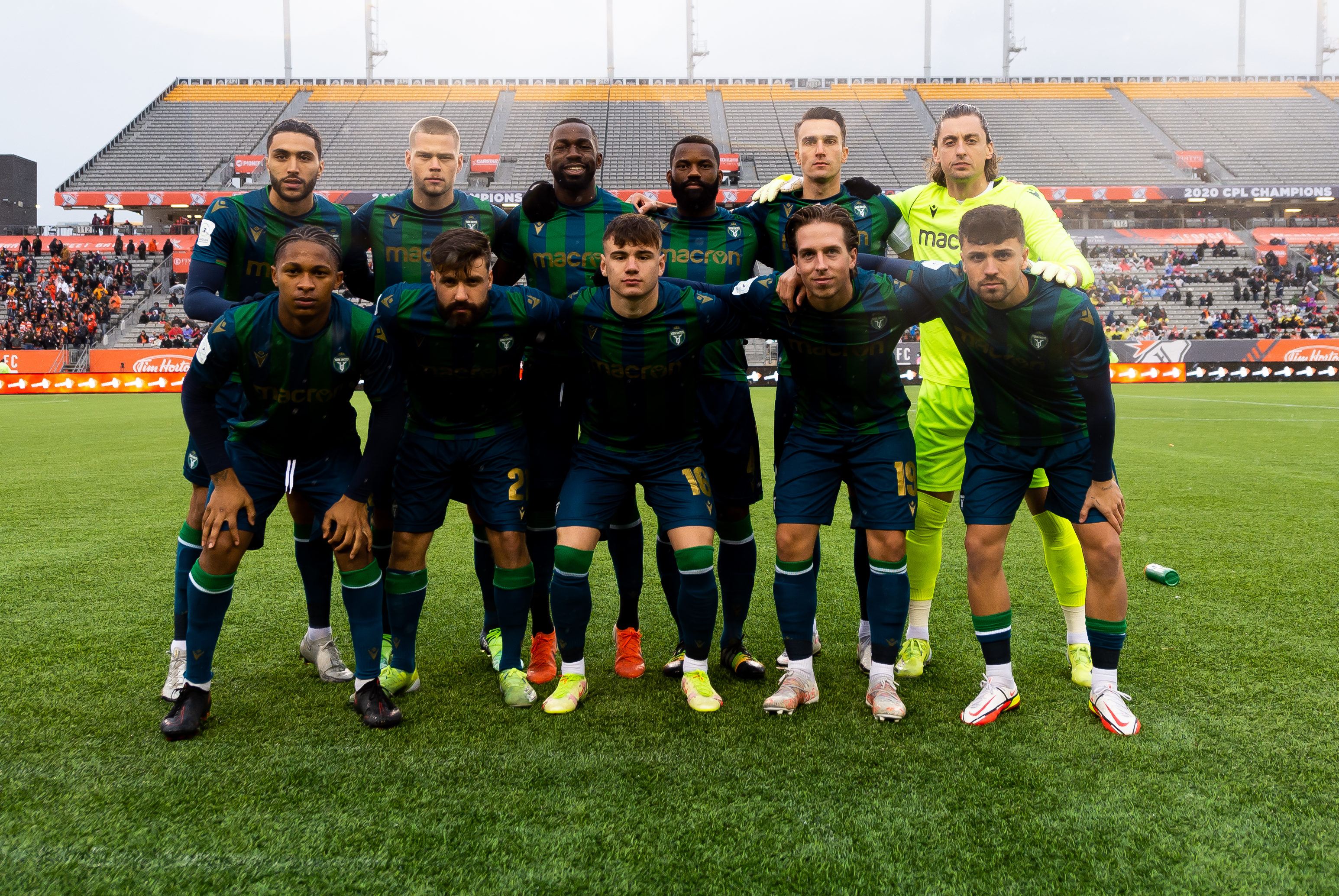 York United’s 2021 season has come to an end, after falling 3-1 to Forge FC at Tim Hortons Field on Sunday.

Battling HFX Wanderers and Valour FC in an exciting race for the fourth and final playoff spot, York United held on to earn a spot in this match.

After facing Forge FC in their final two regular season matches as well, losing both, The Nine Stripes were unable to break the losing streak against their 905 Derby rivals.

Jimmy Brennan’s side have a lot to be proud of, however. The Nine Stripes were a very young team in 2021, but didn’t look out of place at all, and by locking down some of their players for the next few years, the foundation is set to compete in 2022 and beyond. An interesting offseason in York Region is on the horizon as their attention turns to next season, and evaluating their current — and future — squad.

Here are three reasons why York United won’t be moving onto the CPL final.

Forge entered this match with experience in big matches that no other team in the CPL can match.

With back-to-back CPL titles, and experience going deep into the Canadian Championship and CONCACAF League, Bobby Smyrniotis’ side are accustomed to playing in high-pressure environments, and in some of the toughest countries in North America to visit.

They know what it takes to win in the CPL playoffs, having won two North Star Shields in a row, and don’t fear any opponent. That was clear during their Canadian Championship semifinal against CF Montreal, where they looked the more confident, and frankly better, team, but fell on penalties.

The Hammers will now have a chance to make it three in a row against Pacific FC, who have never beaten them before. Forge still have more CONCACAF League games to play this year as well, and host Honduran side Motagua at Tim Hortons Field on Wednesday in the first leg of their semifinal.

York, on the other hand, were playing in arguably the highest-stakes match in their history. The only other match that comes close was a Canadian Championship tie against Toronto FC at BMO Field in September. Forge know how to get things done, and managed Sunday’s game almost perfectly.

Forge locked up home field advantage with a win against this same York United side on November 9.

While Forge players and coaches have maintained that they don’t care where the match is being played, and that they still need to put in a good performance regardless, the advantages of playing in front of their home crowd are undeniable.

Forge fans, led by the Barton Street Battalion supporters group, are among the loudest in the CPL, and were vocal from before the match, to well after the final whistle. They’ve had a lot to cheer for over the first three seasons in the Canadian Premier League, and will now have a chance to host the final as Forge look to make it three straight.

The aforementioned CONCACAF League semifinal is also on the horizon, with the first leg taking place in Hamilton in a few days time, before they host Pacific FC on December 5th.

Forge has had York’s number in recent weeks

York United beat Forge twice in 2021, including once at Tim Hortons Field, but in the three latest matches between the two sides (including Sunday’s semifinal), Forge FC has come out on top.

Both of York’s final two matches of the regular season were against The Hammers at York Lions Stadium, and the visitors picked up a 2-1 victory on November 6, and a 3-1 victory on November 9. The third match ended the same way for Jimmy Brennan’s side, whose season ended at the hands of their 905 Derby rivals.

This time around, a Joshua Navarro strike in the 66th minute was the difference, earning his side another derby victory, and a spot in the final. Woobens Pacius got the scoring underway in the 9th minute, but Michael Petrasso tied it up with a perfect chip over Triston Henry late in the half. Moments after Navarro’s winner Forge added a second, as Navarro headed the ball off of York midfielder Noah Verhoeven, before it deflected into the net.

It was a tough end to the season for York, but Forge were again deserved winners on the day.