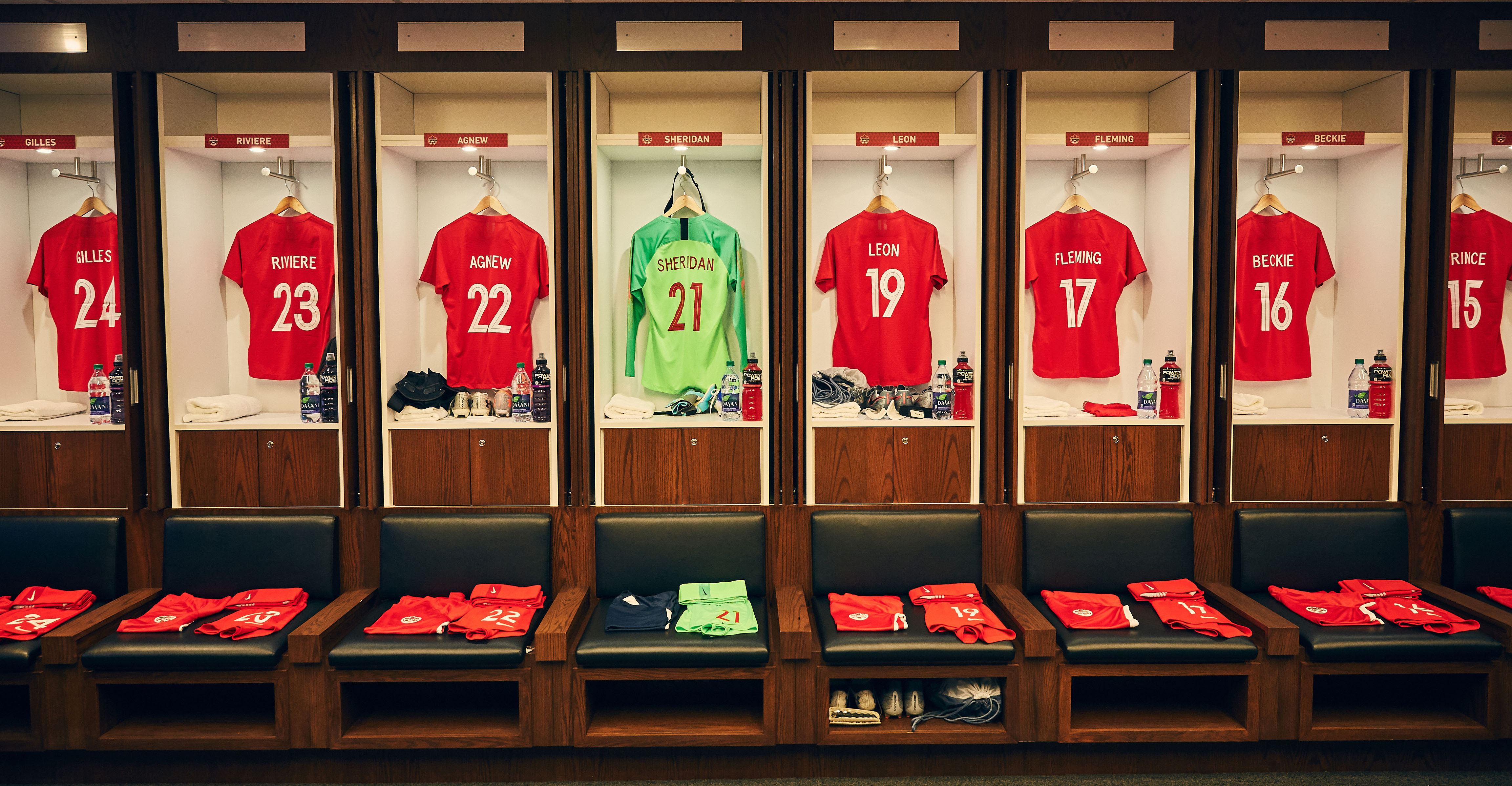 The FIFA Women’s World Cup has kicked off a summer of exciting international soccer for Canada, with the Canadian women’s national team (CanWNT) playing their first match on Monday against Cameroon, and for Kenneth Heiner-Moller’s side, the grand affair in France is an opportunity, once again, to showcase their skills, vie for the biggest prize in the sport, and inspire Canadian fans new and old back home.

With that in mind, the Centre Circle LIVE! crew (that’s Armen Bedakian, Marty Thompson, and Charlie O’Connor Clarke) will be keenly taking in all the action, and following these three storylines throughout the tournament up to the final on July 7.

Sinclair is set to turn 36 two days after Canada’s first group stage match, and there’s a very good chance that this, her fifth World Cup, could be the captain’s swan song.

So, there may be a sense of urgency among the players to make the most of this tournament. Canada has never managed to improve on their fourth-place finish at Sinclair’s first World Cup in 2003, but this might be their best (and last) chance to do so with her in the lineup.

Although she’s not as quick as she once was, Sinclair has managed to adapt her game in recent years to become a lethal playmaker as well as a goalscorer. She won’t be able to do it all herself, though, with Canada likely needing to match the offensive firepower of opponents like the Netherlands.

So, it’s imperative that whoever Heiner-Moller chooses to employ in attack alongside Sinclair is able to give her the help she needs. The attack looked good in Canada’s World Cup send-off match, a 3-0 win over Mexico, but they need consistency more than ever during tournament play.

Beyond representing another shot at the World Cup trophy, this Canada team has something new to say to the rest of the world.

This isn’t John Herdman’s team anymore. Under new management, Canada’s style of play – high-pressure, flying fullbacks, pick-apart transitions – has been refined, courtesy of a fresh injection of talent (we’ll get to that later) and a new 4-4-2 formation that pairs Sinclair with a strike partner up top rather than utilizing her as a central attacking midfielder of sorts.

While the team’s final pass has been lacking at times, as evident during Canada’s CONCACAF Women’s Championship final against the U.S. last October, the sheer determination on offer, especially in forcing turnovers and maintaining possession, has seemingly overcome those deficiencies – simply put, while there’s less traditional line-breaking, this team has more attacking points across the park to overwhelm the matter, regardless.

All of this is done on the back of a new wave of talent, a generation that Sinclair says she’s been waiting for all her life.

“My time on the national team has been a roller coaster, a journey, ups and downs. And I can honestly say I’ve been waiting my entire career for this team, in that we’re so talented and have the depth to be able to compete at World Cups and Olympics. That excites me,” Sinclair said in the build-up to the World Cup. “We’re just so much more talented than we’ve ever been.”

Thompson: How will CanWNT’s next generation fare?

Canada will have the fifth-youngest squad at this summer’s Women’s World Cup with an average age of 24.7, a full three years younger than the program’s 2015 squad, which averaged 27.7.

Jessie Fleming, now a key member of Heiner-Moller’s side, had just turned 17 when she got the call in 2015. Her and Kadeisha Buchanan (19) stood out on a side full of 100-or-more-capped players such as Karina LeBlanc (35), Diana Matheson (31) and Melissa Tancredi (33), the three of which were key to Canada’s success in the 2010s, Olympic medals and all.

With those veterans making way, there are big shoes to fill for this young new wave of Canadian talent. But with that pressure comes a chance to rise to a higher level of notoriety.

Fleming, now 21, has 65 appearances for the national side but has yet to turn pro. Rebecca Quinn, 23, and Deanne Rose, 20, have emerged from rotational roles at the 2016 Olympics to become important members of the side.

And there’s 18-year-old phenom Jordyn Huitema. A recent signee of Paris Saint Germain, Huitema has the potential to become one of the top female forwards in the world. A pacy, tall striker will naturally be compared to Christine Sinclair, and Huitema could very well have a breakout tournament in France.

The question is, will this Canadian youth revolution perform to the same level as those they replaced? This summer is their first chance to do so.