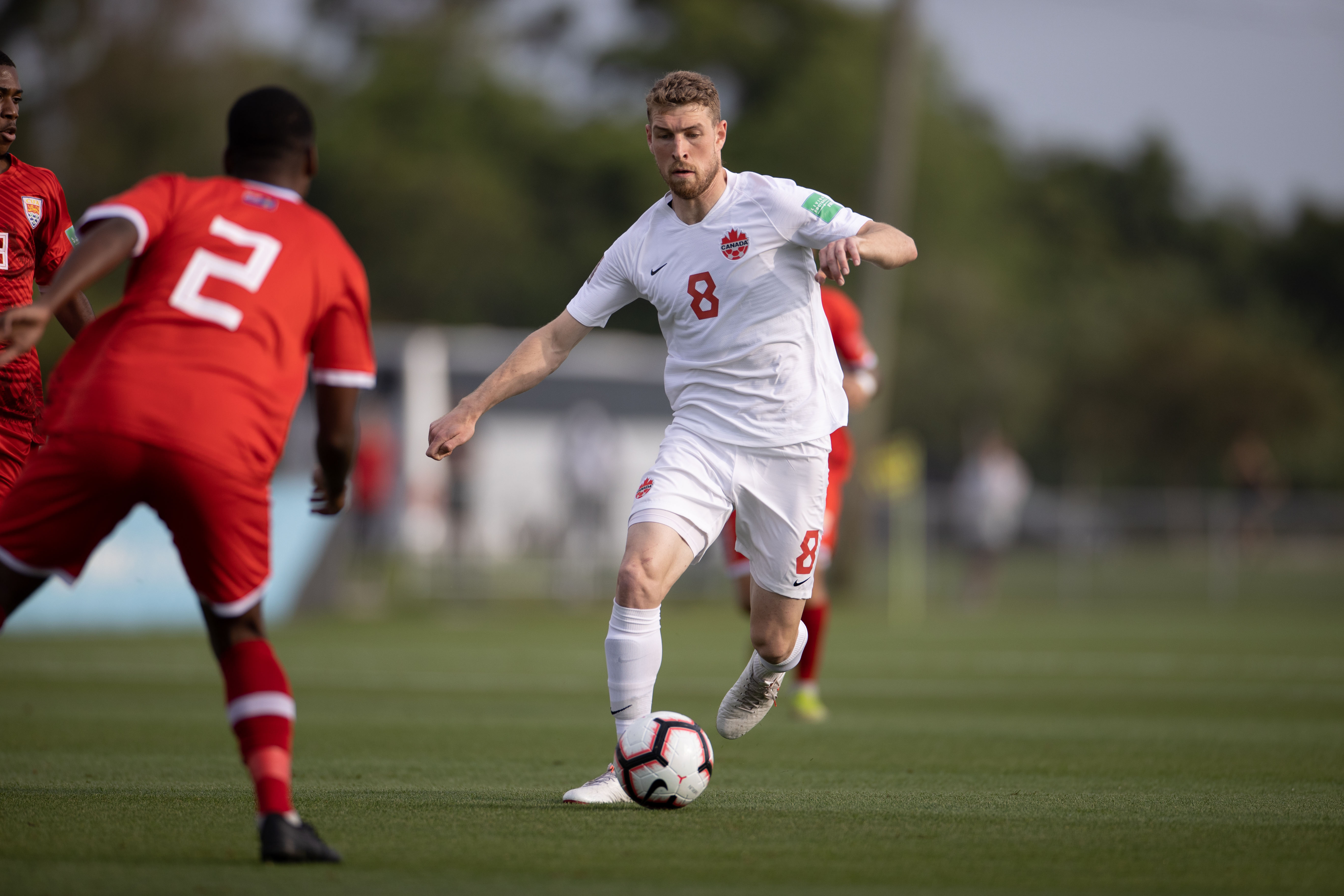 The match was settled almost from the get-go, with Frank Sturing’s sixth-minute goal opening the floodgates that never really closed for 90 minutes. Six different players scored in the first half, with four of them opening their accounts for the senior national team.

As a result, Canada shot up into first place in Group B, having scored enough to pass Suriname on goal differential. They’ll be back in early June to complete their first-round schedule against Aruba and Suriname, having won their first two games now.

So, with the mission accomplished from these first two World Cup qualifiers, here are three thoughts that stand out from Canada’s blowout win over the Cayman Islands.

A night of firsts and slump-busters

It’s not necessarily just that Canada scored so much in this game. It’s who, specifically, scored the goals. Right off the bat, it was Frank Sturing scoring in his national team debut, closely followed by David Wotherspoon, Mark-Anthony Kaye (twice), and Alistair Johnston all finding the net for the first time at the senior international level.

On top of that, Lucas Cavallini made amends for his finishing woes from the previous game against Bermuda. He came in as a substitute at the 60-minute mark, and within just over 15 minutes he scored a hat-trick. Certainly, the game was settled by that point, but after a frustrating outing a few days ago it was important for him to find his scoring boots and regain some confidence.

We obviously can’t expect a revolving door of goalscorers in matches against more challenging opponents, but scoring depth is never a bad thing. Having as many players as possible who have proven capable of producing up front will benefit Canada down the line.

Give credit to David Wotherspoon

If there’s any individual player that deserves a shout-out after that game, it might be David Wotherspoon. Playing in just his fourth game for the national team, he stepped into the middle and commanded things in the final third.

The 31-year-old midfielder for St. Johnstone in Scotland played all 90 minutes against the Caymans, scoring his first goal and picking up three assists. Despite his relative inexperience with the side, he was confident and composed throughout, weaving give-and-go passes seamlessly through the (admittedly poorly-defended) 18-yard box.

It’s good to see Wotherspoon playing so well, and it could bode well for Canada later this summer. Although it’s very unlikely Wotherspoon would see action in a World Cup qualifier against a top side like those in the Octagonal, he could be a major piece of the Gold Cup squad this year. If it is indeed the plan to keep some of the key first-team players out of that competition in favour of World Cup qualifying, somebody like Wotherspoon could be crucial for that rotated side.

Demonstrating his ability to lead and control an attack like he did in this game will do wonders for Wotherspoon’s stock with the national team.

Everybody take a deep breath.

Beating the Cayman Islands 11-0 is, without a doubt, extremely fun and it was probably an even more comprehensive performance than we might’ve expected. The way Canada kept their foot on the gas and carefully made sure they didn’t get complacent and make mistakes is to be admired.

But, it’s important to not get ahead of ourselves. We’ve seen Canada blow out lower-ranked Concacaf sides before (2019 Nations League qualifying comes to mind), and then still not quite pull it together in the biggest games.

That’s not to say that this isn’t a big moment for the national team; these two qualifiers have been among the best performances in a Canada shirt for at least a handful of players. They scored some phenomenal goals, and we have now finally been introduced to the version of Alphonso Davies that’s a Bayern Munich starter.

Still, Canada has a long way to go on this World Cup qualifying road, with much bigger tests to come. It’s very exciting to have finally embarked, but this is still just mission accomplished for step one.