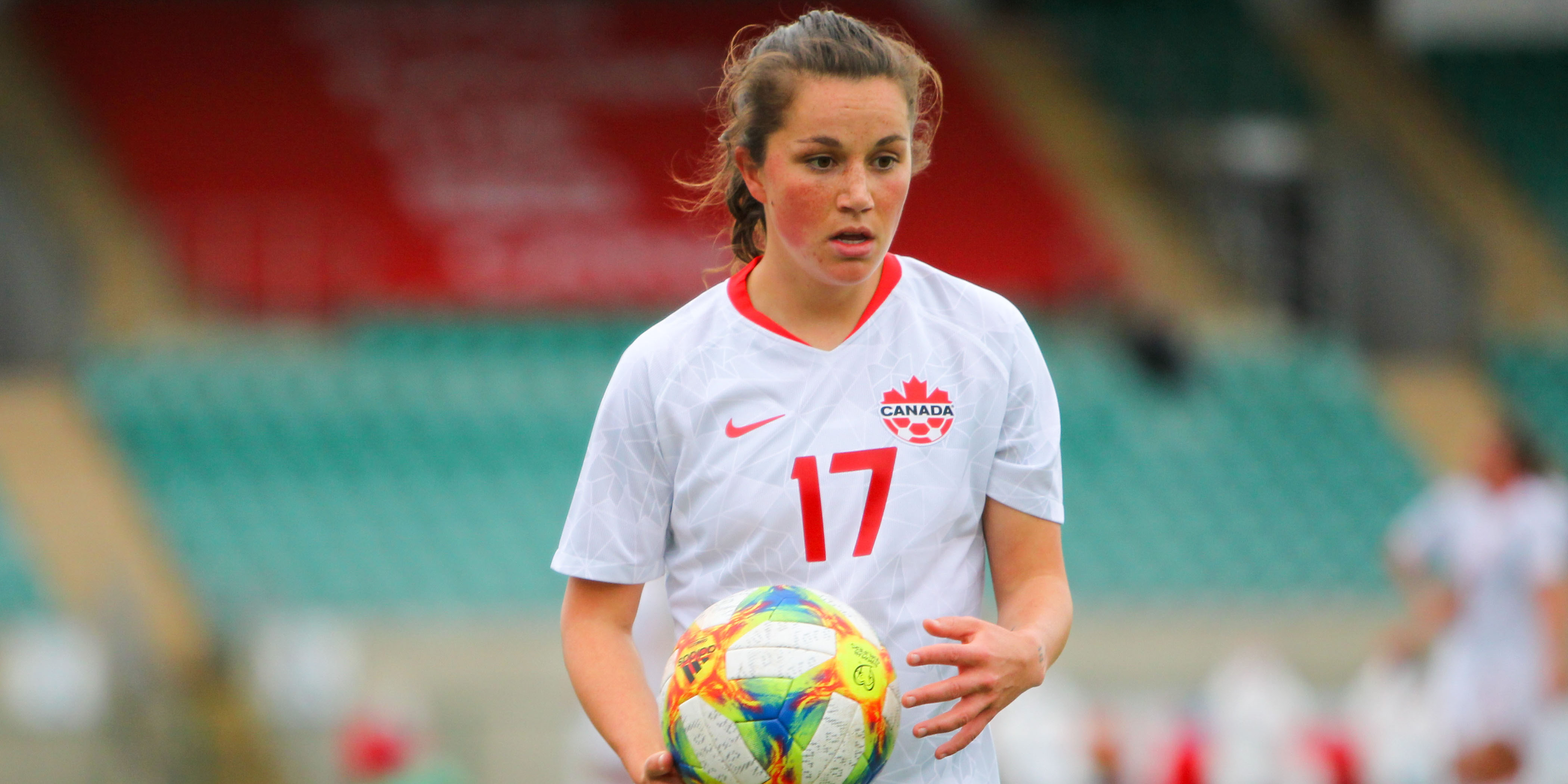 The Canadian women’s national team returned to form on Friday afternoon, beginning their two-match international window with a comfortable 3-0 victory over Wales in Cardiff.

After struggling initially to create chances, Canada eventually found its openings, and Deanne Rose, Evelyne Viens, and Jessie Fleming all notched goals. Les Rouges managed to turn around its attack with a busy second half, even without captain Christine Sinclair – who left with an injury midway through the first 45.

The first hurdle has thus been cleared for this camp, with a more challenging matchup to come on Tuesday against England. These two matches, likely being the last two friendlies Canada will play before the Tokyo Olympics this summer, will give coach Bev Priestman plenty to think about over the next few months.

Here are three things that stood out from Canada’s win over Wales.

Against Wales, the Canadian forwards seemed much more confident in scoring opportunities — Rose buried her first-half chance after Quinn’s superb ball, and Viens and Fleming’s goals were both excellent finishes as well.

After Canada’s lacklustre attacking showings in Orlando, it was hard not to feel the absence of a prolific goalscorer like Christine Sinclair. She returned on Friday, but only for about half an hour – ultimately, she wasn’t involved in any of the Canadian goals. If her injury is a longer-term issue, then the attacking performance against Wales is hopefully evidence that the rest of the attacking corps can figure it out.

Learning to play through the middle

The fact that Canada played this game on the narrow pitch at Leckwith Stadium forced them to play more through the middle of the pitch, which was perhaps a useful exercise. Without enough space for the fullbacks and wingers to burn Wales around the outside, Canada focused on building through the likes of Quinn and Jessie Fleming.

Ashley Lawrence, who began the game at fullback, drifted into midfield in the second half, providing a very brief glimpse of a central triangle featuring herself, Quinn, and Fleming. That particular combination is one many fans and pundits (this writer included) have been wanting to see for a while, as perhaps the most mobile trio available.

With the likes of Jayde Riviere and Gabrielle Carle showing improvement recently at fullback, Priestman may be more comfortable in future putting Lawrence in a central role in future.

Quinn was excellent yet again on Friday, with their long ball over the top to Deanne Rose producing Canada’s first goal. With their ability to cover more ground – both with passes and on foot – Fleming is freer to create further up the pitch; she may not have been able to score her extraordinary goal if she had greater defensive responsibilities.

Fortunate not to concede?

Although Canada, for the most part, dominated this game, with 53 per cent possession and 19 shots to Wales’ eight, they still had to withstand a few nervy moments at the back.

In the final 10 minutes of the first half, Wales began pressing against a Canadian side that looked a little rattled in the wake of Sinclair’s injury. A few Welsh chances did make it all the way into the Canadian penalty area, although nothing ultimately tested goalkeeper Stephanie Labbé.

Canada was also probably fortunate not to give away a penalty kick early in the second half, when Carle and Labbé were fairly clumsy trying to stop a counter-attack. The referee didn’t award the kick, but very well could (and maybe should) have.

It’s definitely positive that Canada faced a few threats and turned them away (certainly, zero shots on target for Wales out of eight total shots is a good thing). Still, there were a few moments where the defending was slightly more desperate than perhaps it should’ve been.

Nonetheless, the performance was fairly dominant on the whole, and – Sinclair’s injury aside – the victory was a near-universal positive for Bev Priestman’s side.