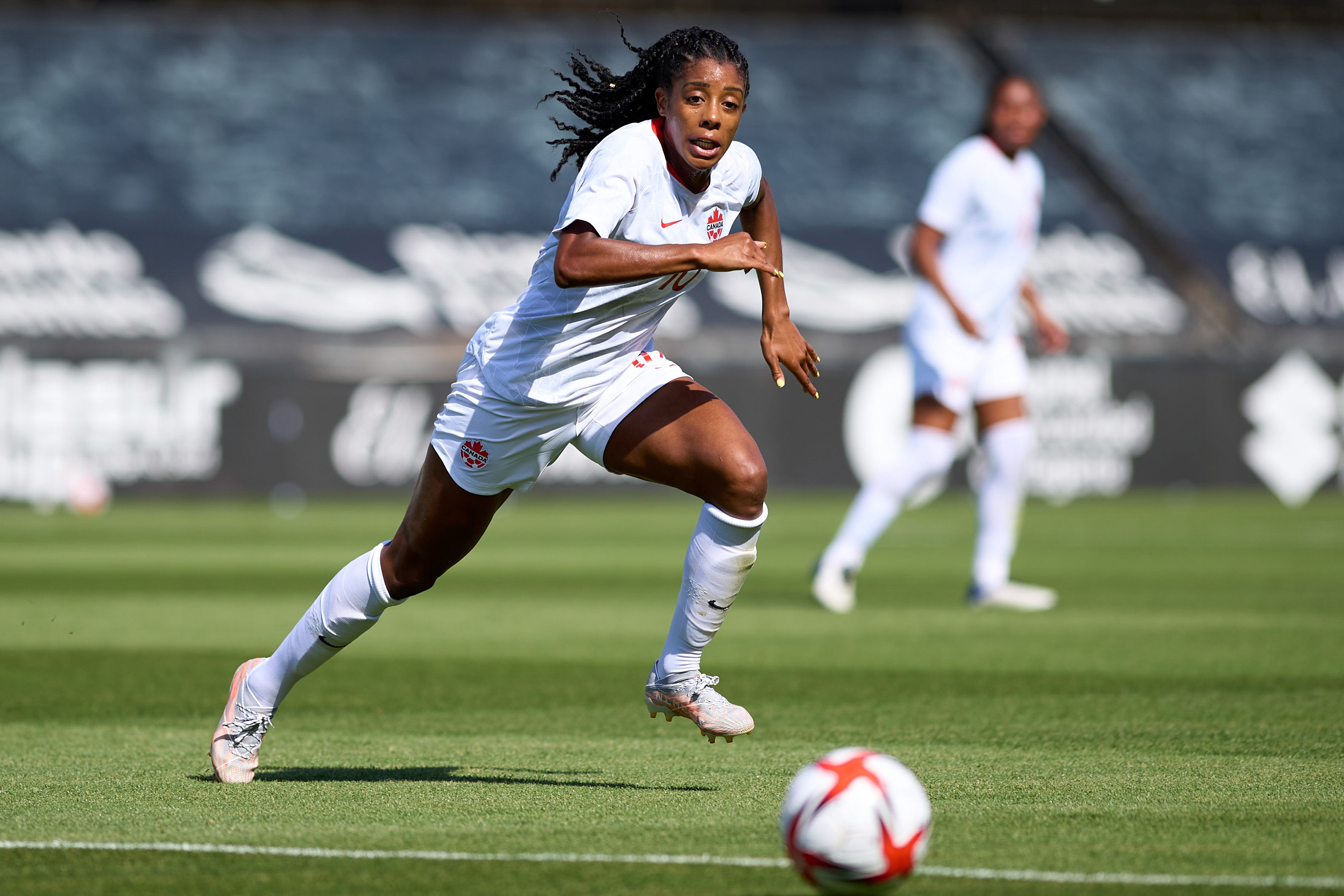 The Canadian women’s national team ended its set of friendlies in Spain on Tuesday much the way they began it: with a 0-0 draw, this time with Brazil.

Despite having the lion’s share of possession and outshooting their opponents 12-2 (6-2 on target), they couldn’t solve the stubborn Brazilian defence and thus played out the somewhat toothless result. Nonetheless, maintaining a fourth consecutive clean sheet earned Canada plenty of credit.

Bev Priestman’s side now looks ahead to the Olympic Games — she’ll have to cut her 28-player roster down to 18 in the near future, before focusing whole-heartedly on the tournament in Tokyo, Japan, which kicks off in mid-July. Her squad selection process may not have been made much easier by these two games in Cartagena, Spain, though.

It’s hard to describe how exactly this Canada team looks to attack, and perhaps that’s part of the reason they’ve struggled for goals recently. Most of their best chances came from moments of individual skill — Deanne Rose had a few of those on the counter-attack on Tuesday — rather than dynamic build-up.

With so many players rotating in and out of the front three, perhaps this squad hasn’t quite had time to build (or rebuild after months off) its attacking chemistry under Bev Priestman. With Christine Sinclair noticeably slowing down, it’s clear that Canada needs some of their younger forwards to raise their hands and take on the talismanic role up front. No one has really done that yet, and as a result the team doesn’t look particularly confident going forward.

Canada did have some decent opportunities off of set-pieces — Jordyn Huitema’s header hit the post in the 85th minute, which was probably the closest Canada got to scoring — but they nonetheless couldn’t threaten Brazil enough.

These things do take time, of course, especially with a new coach, and that’s something these young attackers have in spades. Still, none of them has quite managed to stand out above the rest in this camp, making Priestman’s job no easier when it comes to selecting a squad for the Olympics.

Rose does deserve some individual credit — she was easily Canada’s most dangerous forward in the first half, with a few excellent runs into space and some good connections with an overlapping Ashley Lawrence. The 22-year-old was explosive going forward, and her skillset is probably unique enough to warrant inclusion on the Tokyo roster.

While it’s true that Canada didn’t really cause their opponents much trouble offensively, the reverse is also true. Brazil finished with just two shots on target, well behind Canada’s six.

That’s excellent progress, considering Canada conceded at least twice to this same team in each of their last three meetings, including a 2-0 loss in March of this year (and a 4-0 loss in November 2019). They’ve now kept a clean sheet four games in a row, including both matches of that camp in the U.K. in April.

Shelina Zadorsky drew back in for this game to replace Vanessa Gilles, with Allysha Chapman slotting in at left-back and Ashley Lawrence returning to the right fullback position. That’s probably closer to what Canada’s starting back four will look like in Tokyo, and perhaps rightfully so — despite the excellent performances of Gilles, Jayde Riviere, and Gabrielle Carle recently.

Zadorsky was near-unbeatable in the air on Monday, clearing a few key set-pieces to maintain the clean sheet. Buchanan was, as ever, rock-solid as well; she made a few key tackles at speed to cut off attacks, and Brazilian star Marta was completely unable to get past her.

If nothing else, this Canadian team has proven to be one of the top defensive teams in women’s football at the moment — even thinking back to their narrow defeat to the United States at the SheBelieves Cup. If they can find the breakthrough they need up front they could be contenders in Tokyo.

Priestman made two changes to her midfield going into this game, with Desiree Scott slotting in for Sophie Schmidt and Quinn coming into the middle as Ashley Lawrence returned to a right fullback role.

Again, it feels likely that this midfield setup will be how Canada starts its campaign in Tokyo, with Scott staying deep to win the ball and Quinn acting as the link between the defence and advanced players like Jessie Fleming.

One thing this match definitely settled: Quinn should start every important game for Canada moving forward. Their confidence on the ball is as good as anybody’s on the team, and their vision and ability to pick out a dangerous line-breaking pass gave Canada a serious edge in the middle against Brazil. Quinn’s free-roaming midfield role also allowed Fleming to drop into pockets and look to get herself open, drifting wider than usual since she didn’t need to backtrack as much.

Ultimately, Canada’s midfield can be a place of real strength; the chemistry with the front three may not yet be there, but this side definitely has enough individual talent to threaten most teams in the world.