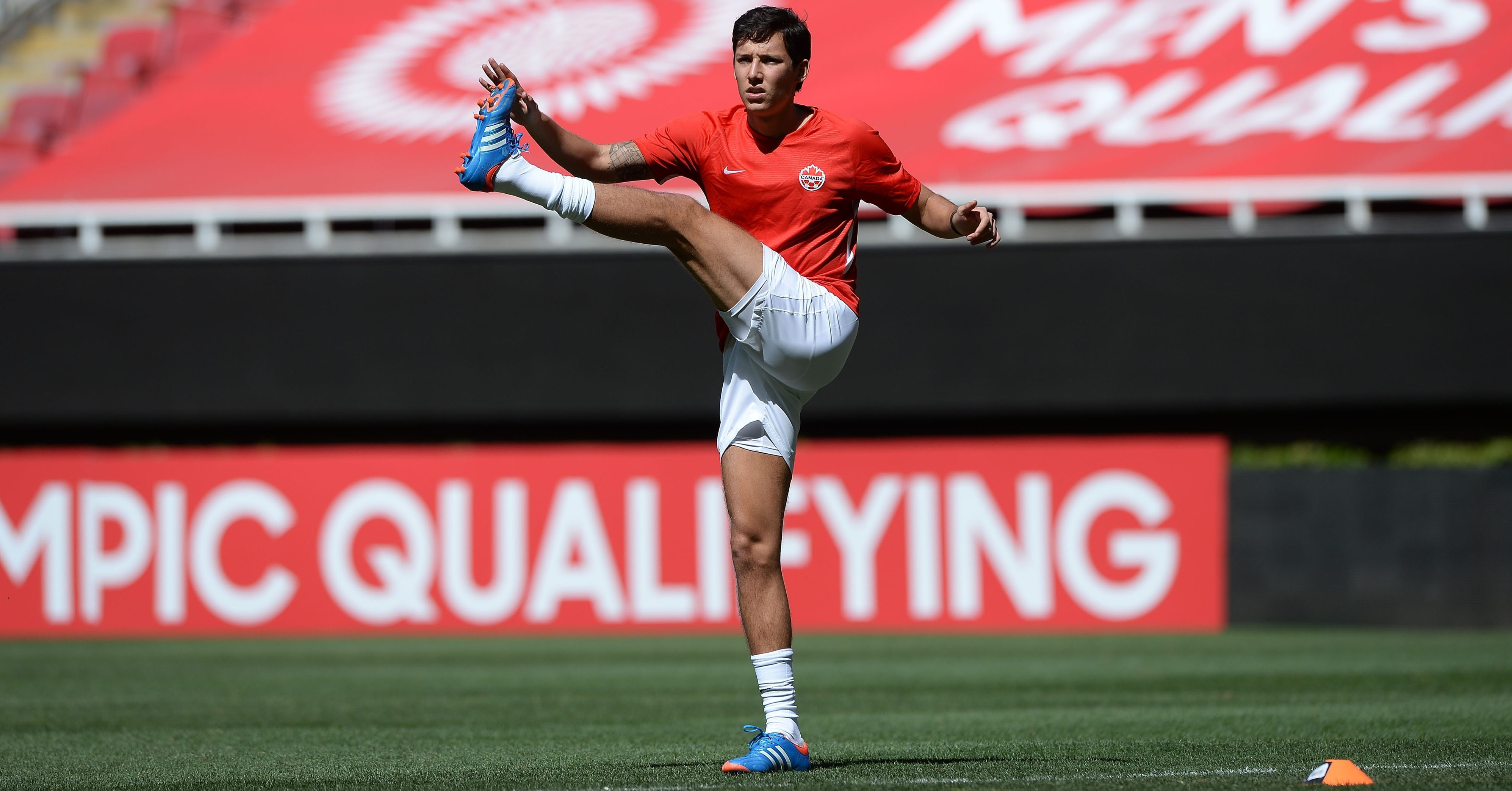 Well, it was fun for a little while.

The Canadian men’s under-23 team bowed out of the Concacaf Olympic Qualifying Tournament on Sunday night with a valiant 2-0 semifinal defeat to Mexico, having held firm at the back for an hour before finally conceding.

With that, Canada’s bid to qualify for the Tokyo Olympics came to an end. They were always going to be underdogs against Mexico, though, so the fact that the Canadians were competitive throughout is a silver lining.

For one final time from these Olympic qualifiers, here are three immediate thoughts that stand out from the semi-final loss.

Ever since Tajon Buchanan’s brace in the tournament opener against El Salvador, Canada struggled to get much going offensively. That remained true on Sunday; although Canada probably never expected to dominate with possession and manufacture many chances, the times they did get the ball forward were disappointing.

More than a few times, Canada’s attack fell victim to players being a little too selfish with the ball and not moving it on fast enough. Considering their need to spring quick counter-attacks to catch Mexico on the back foot, the Canadians were never quite able to threaten.

It wasn’t for lack of talent by any means, but rather a lack of match sharpness and chemistry that made Canada so disjointed going forward. Individually, players were consistently able to beat a defender, but it was rarely the best option to be taking defenders on in the first place – better to pass quickly and get up the pitch, in most cases. Had Canada kept it simpler at times, they may have been able to get in behind the Mexican defenders more often.

Creating top-quality chances was a major problem for Canada in the final three games of the tournament, and they couldn’t afford to play forward slowly against a team like Mexico.

Give David Norman Jr. some credit

The Cavalry FC centre-back was thrust into a brand new role in this tournament, with Callum Montgomery and then Derek Cornelius picking up injuries. He was at his best on Sunday, playing a high-risk, high-reward style which resulted in some astonishingly brave tackles.

Yes, Norman was probably lucky not to see a red card for his cynical (probably deliberate) foul in the 55th minute, but even that was probably the right choice; the Mexican attacker would have been in on goal all alone, so Norman’s only viable option was to haul him down. For the most part, he was very solid both on the ground and in the air, making several big tackles that probably prevented clear-cut scoring chances.

We already had an inkling that the natural midfielder was possibly converting into a centre-back for Cavalry, but he was still yet to play a proper game in the position. When the need arose for Canada (especially with fellow CPLer Thomas Meilleur-Giguère picking up an injury on the eve of the tournament), Norman filled in excellently. He deserves credit for embracing the role and performing well.

Exciting times ahead for Cavalry fans, too.

We’ll go out on a high note here.

Canada may be going home, but it’s not because the players weren’t talented enough. In this final game especially, players like Tajon Buchanan, Lucas Dias, and Zorhan Bassong demonstrated their natural abilities on several occasions. Unfortunately, the Canadians never quite pulled together to play fluidly, but the individual skill was there.

Some of these under-23 players will likely (hopefully) be key pieces of the senior national team one day, and that’s an exciting thought. Considering the players’ lack of match fitness and overall inexperience compared to most of the Mexican players, the fact that they held it close for so long is impressive in and of itself.

Certainly, a win against Mexico (or even a win against Haiti followed by one against the United States) would have been a massive shot in the arm to the program, as would the experience of playing at the Olympics. Still, if there’s one key takeaway from this qualifying tournament for Canada it should be that there’s plenty of talent in the pipeline. If deployed and developed right, some of these players could contribute to the senior team sooner rather than later.