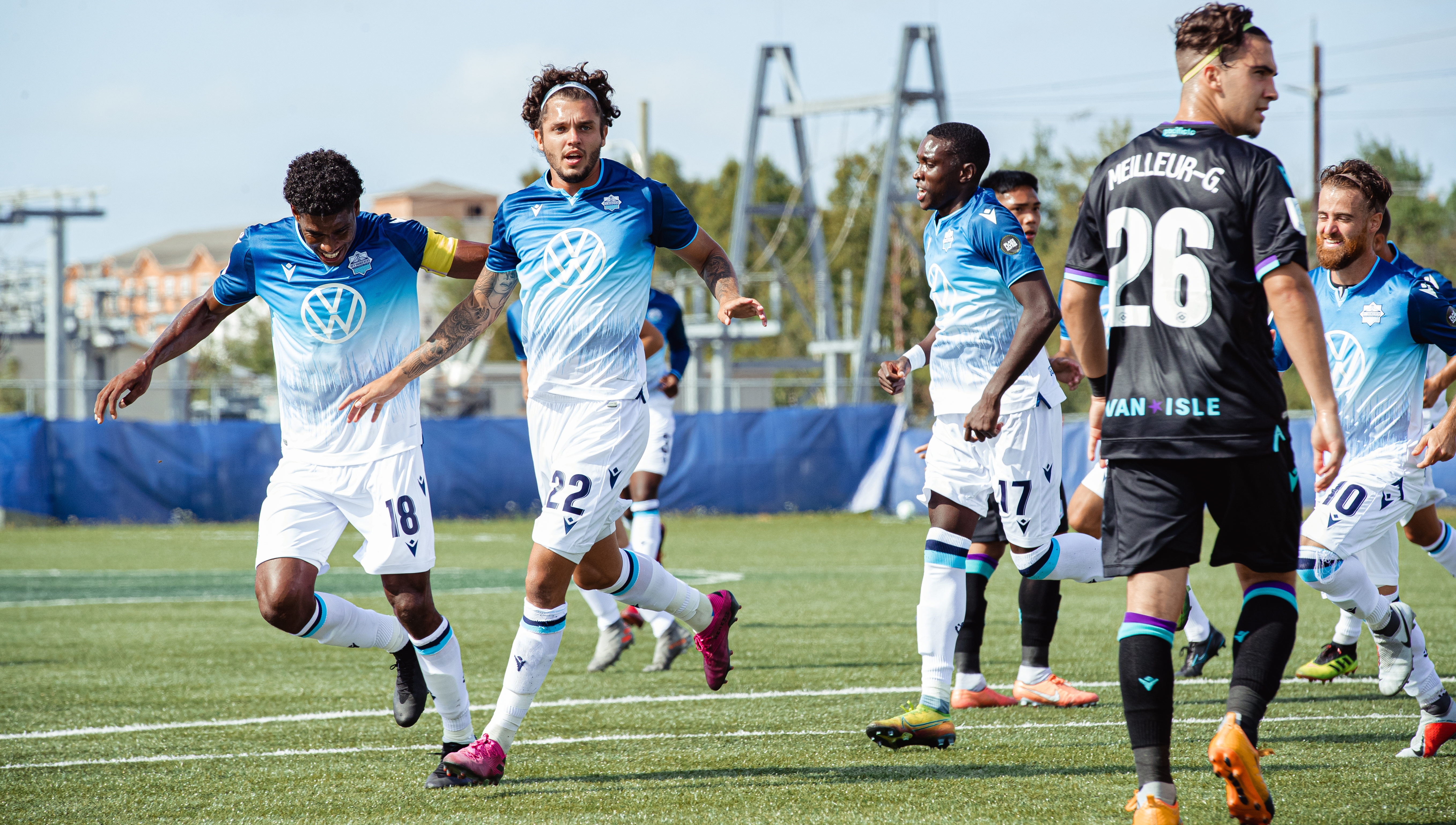 We told you The Island Games would feel like a sprint.

The 2020 Canadian Premier League season is just past its halfway point. A total of 17 matches have been played on Prince Edward Island, bringing a much-needed return of CPL action to soccer fans across the country.

It’s been entertaining, too; an early string of 2-2 draws, penalty controversies, incredible moments of individual brilliance, and so many late goals.

It’s also been an intriguing experiment that thrusted a second-year league and its teams into a single-site season without a proper pre-season. We were bound to get some strange outcomes.

‘Survival of the fittest’

As Valour FC coach Rob Gale aptly put it, The Island Games is the “survival of the fittest.”

Nearly a fifth of goals in the first round have come after the 85th minute, leaving supporters on the edge of their seat and stressing the hell out of coaches.

As we already know, CPL clubs arrived in PEI without any pre-season friendlies. That lack of proper preparation shows, both mentally and physically.

Look at Atlético Ottawa’s late two-goal breakdown to FC Edmonton. Substitutes Hanson Boaki and Anthony Carceras ran through or past multiple Ottawa defenders in the lead up to both goals. Does that happen 10 matches into a season?

Same for Forge FC’s epic winner against Pacific FC. Kyle Bekker went unmarked, and the Tridents were caught out by another substitute in Mo Babouli who set up the goal.

Penalties just as well-earned as goals

Another early trend at The Island Games are penalties. A total of 12 spot-kicks have been taken by CPL clubs in the first round – 10 of which have been converted.

Coaches attributed this trend to a lack of clinical ability – strikers without game experience arrived in PEI missing that killer instinct in the final third. It could also be due to rusty defenders who mistime tackles.

While a cheap way to earn crucial goals, Forge FC coach Bobby Smynriotis reminds us that penalties are due to good offensive buildup, however unfair the result may be.

“Those chances can be created by getting into dangerous parts of the field,” Smynriotis said. “It’s easy to move the ball around, sure, but the hardest thing to do in this game is score goals. To be honest, we all need to be sharper in the final third of the field.”

Look around – have you noticed the international players are way better at The Island Games than the 2019 season? We have, too.

Javier Acuña has been brilliant for Atlético Ottawa since the first whistle against York9. His record-setting brace versus FC Edmonton only solidified his spot as a top CPL midfielder.

York9 FC’s Alvaro Rivero promises to be one of the best pure strikers in CPL history, Erik Zetterberg has out-passed all FC Edmonton midfielders, and how about HFX Wanderers FC attackers João Morrelli and Alex Marshall?

Some of this success can be attributed to the CPL’s connection to 21st Club and its revamped centralized scouting system, which has helped clubs identify and sign higher-quality internationals.

Over half of matches have ended in draws – double the 20 per cent of 2019 CPL fixtures that ended in stalemates.

These point-splitters likely drops the cutoff point for a top-four finish from double-digits down to as few as eight or nine points, if you ask Wanderers coach Stephen Hart.

Oh, and there’s the matter of The Island Games tiebreakers.

This many draws could make the head-to-head tiebreaker irrelevant when the first-round action wraps up on Sept. 6. For example, Valour-York9, HFX-Pacific, Pacific-York9 and FC Edmonton-Atlético Ottawa are all knotted under that first tiebreaker.

Something to watch for as the first-round comes to a close next week.