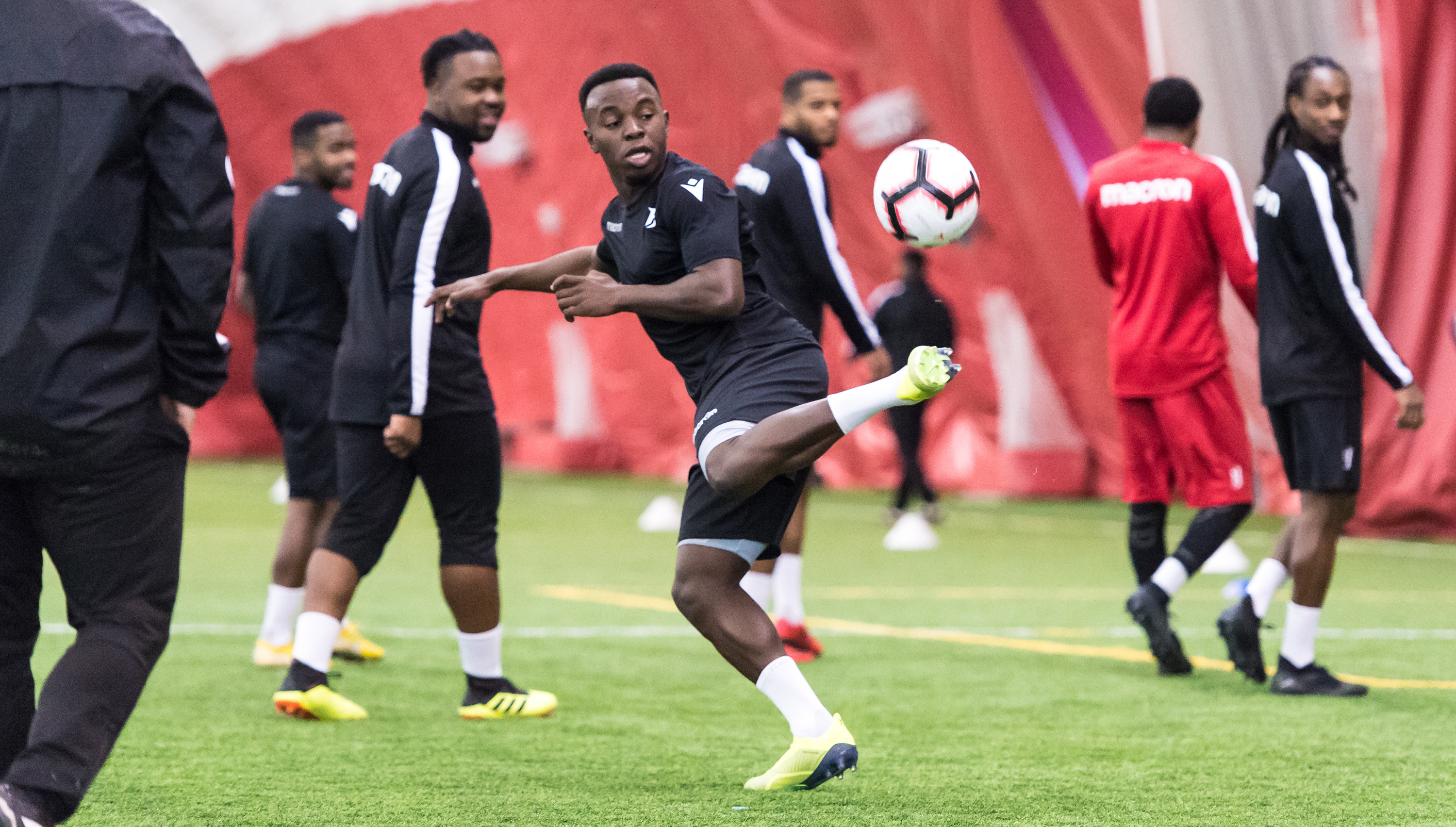 The Canadian Premier League kicks off on April 27 in Hamilton as Forge FC hosts Ontario rival York9 FC, and fans across Canada will be invited to the party for free (!) courtesy of Bob Young and the Forge FC organization, who have given the game back to supporters through the “Soccer Unites Hamilton” initiative.

That means free tickets to a packed Tim Hortons Field for what will be a monumental moment in Canadian soccer.

Still need convincing? Here are five reasons you absolutely have to be at the game in-person on April 27:

History will be made in many different ways

Where were you when the Canadian Premier League first began?

That’s the question fans of the beautiful game in Canada will be asking each other years from now when reminiscing on this, the inaugural campaign of the CPL. The weight of history isn’t a secret here – everyone at Forge FC and York9 FC are well aware that all eyes will be on them come April 27. But there’s more than just a match marking the occasion.

Who will score the first goal in league history? Which team walks away with the first points from the first victory, or suffers the first loss?

Forge FC plans to set a new attendance record at Tim Hortons Field by opening the doors and expanding capacity past the 24,000 it currently allows. History will be made in Hamilton on a sporting level, too.

There are many, many layers of significance and importance in play here.

A ticket to the game means you can fondly recall this milestone experience first-hand, while proudly declaring “I was there.”

The beautiful game is evolving in Canada

Over the better part of the last two decades, soccer in Canada has been largely dominated by a few key city centres.

But when the orange-clad Forge FC takes on the lime-green shirts of York9, soccer in Canada will take on an entirely new shade.

Soccer is your favourite sport, right? This is a new take on that.

How many times will you be able to see a soccer league come to life like this? Two brand new local clubs, two brand new groups of supporters (more on that later) and an incredible feeling of seeing something emerge.

These players, these teams, and their head coaches? They’re playing their first competitive matches, ever. They’re all building off a blank slate. Countless questions will be answered, as such.

There’s something special brewing in the stands at Tim Hortons Field.

Two competing groups of supporters, desperate to lay claim to the bragging rights that come with the first 905 Derby victory ever, will help create one of the best environments Canadian professional soccer has ever seen.

Barton St. Battalion member Allan Gorman says they plan on “hanging something massive” from the scoreboard.

Meanwhile, York9 FC plans to bring around a thousand travelling supporters to create one of the biggest away sections in Canadian soccer history.

Let’s remember that supporters groups have been waiting for opportunities like these just as much as the players have.

Barton St. Battalion, for example, has been working for well over three years to get a club to call their own.

They are going to create a spectacle all of their own at Tim Hortons Field.

This is Hamilton’s homecoming party

Spirits at Tim Hortons Field will be rightfully high as the Canadian soccer community tunes in to see the CPL finally kick off.

It’s a national celebration that will affect the game from coast-to-coast, after all.

But for those there — actually in the stadium — it will be a much more focused celebration of Hamilton’s place in the game.

This match is set to give the Steel City a rightful foothold in the major professional soccer conversation in the country.

On a global scale, it introduces Hamilton to the world of football. Madrid, London, Paris, Milan – welcome to the party, Hamilton, ON.

Pan American Games tournaments and women’s national team friendlies aside, this match is for the city of Hamilton. It serves as something of a celebration for community and for the sport.

The latest announcement by Forge FC only helps solidify that foothold; inviting the city to rise with the club as they write Hamilton in Canadian soccer’s history book.

Soccer is a sport played out over 90 minutes, but the fun doesn’t start and stop with the blow of the referee’s whistle.

Tailgating fans in Hamilton are well-aware of the pre- and post-game festivities on offer at Tim Hortons Field and its various bars and patios will be in full swing when Forge takes on York9, too.

The Stipley, for example, is the largest outdoor bar in Canada; the Stripes Jungle provides a playground for families and young children; check out the Coors Banquet Bar, Craft Gardens, Pinty’s Pub & Grill and the Coors Light Patio, too; and, the tunnel-side Caretaker’s Club offers a view of the players as they enter and exit the field.

Learn new chants with supporters, enjoy a bevy of food and drink options, see the sights of soccer all around with experience tailored to young families and children, or share a hot take or two among like-minded soccer aficionados at half-time.

Whatever your cup of tea, Tim Hortons Field is the perfect venue for a proper soccer experience.

Become a Forge FC co-founder and secure your spot at Tim Hortons Field for the 2019 CPL inaugural match.