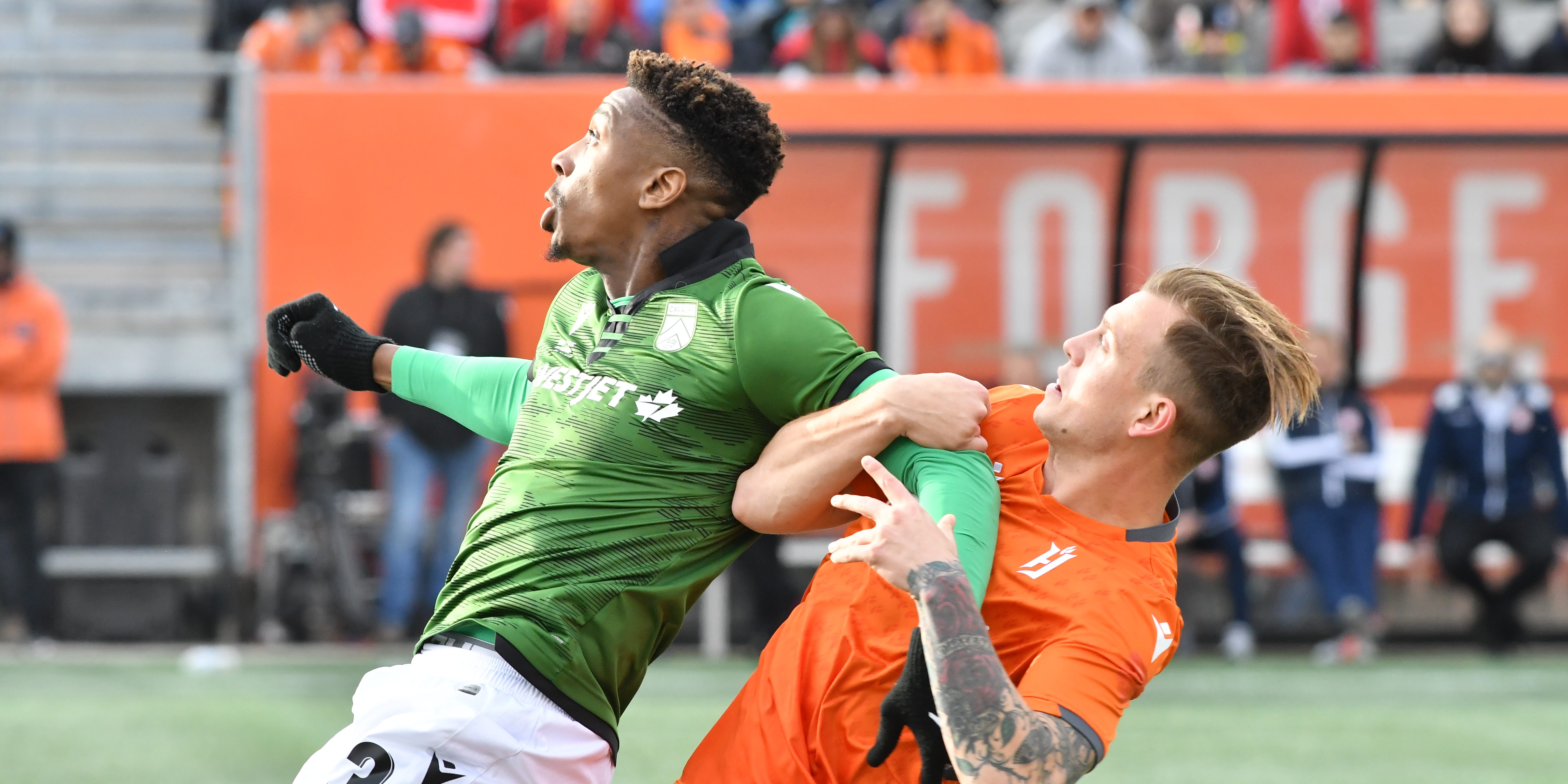 When asked at media day ahead of the 2019 Canadian Premier League Finals deciding leg, the Cavalry FC striker was, well, pretty blunt.

“No, it’s not,” Malonga replied to reporters. “But it’s different. It’s important.”

His Cavs are down 1-0 on aggregate after a loss in Leg 1 at Forge FC’s home stadium of Tim Hortons Field last weekend, playing 61 minutes.

You can’t blame Malonga, 30, for that sort of reply. A Congolese international with dozens of appearances in Serie A and Serie B in Italy, more in Spain and 17 goals over two seasons with Hibernian in Scotland.

“Some bigs games in Serie A, games to go up from Serie B, some big games in Spain,” Malonga continued.

Contrast that with Cavalry’s healthy stable of first-year professionals entering their first full season and first championship finale in the big time.

But, experience like that has its positives – even if Saturday’s inaugural CPL finale is not a groundbreaking professional occasion for the Parisian.

“I hope it has been a good season for you all watching us.”

Nathan Mavila is a Cavalry player that quite openly leans on the experience the team’s leading goalscorer offers, especially going into the team’s final match of 2019.

“Dom is the most relaxed person in this world,” the 24-year-old Englishman said. “You can tell how he plays and it helps. Some players get fired up, and for those that don’t like that, they sorta lean towards him.

“We’re all brothers and we all sorta lean in the same direction. No matter how you feel, you always have someone to speak to.”

Malonga, a product of Monaco’s youth academy, also faces remains in the hunt for the CPL’s Golden Boot, which corresponding trophy was unveiled during Friday’s media day. Two goals behind Forge’s recently cleared-to-play Tristan Borges, a hat trick could be on the cards at home at ATCO Field at Spruce Meadows, if you ask Dominique.

“I’ve scored ten goals here, that speaks for itself.

“I will try my best to prepare myself and if I have the chance tomorrow I will take them. But I’m not alone, I have a whole team behind me, we’ll have a pleasant outing and try our best until the end.”