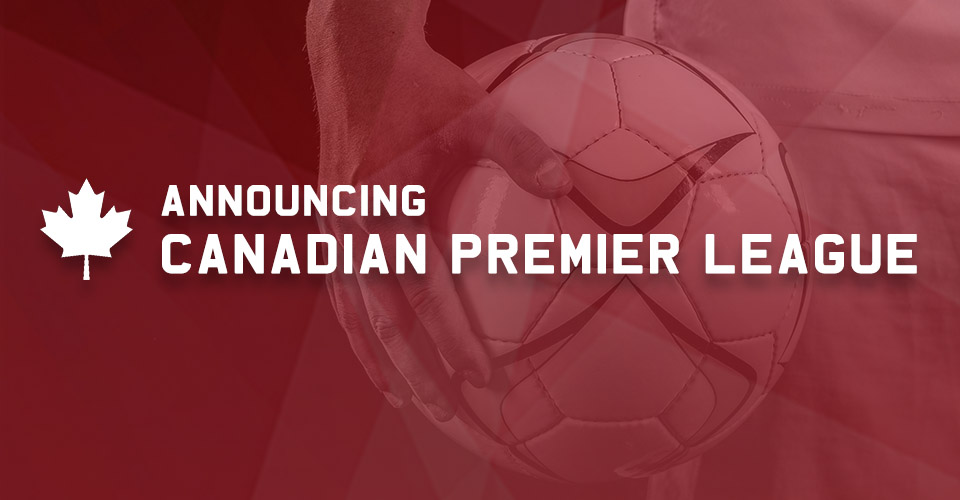 Whistler, (May 6, 2017) – In a statement today, Canada Soccer has confirmed membership of the Canadian Premier League, as well as founding cities Hamilton and Winnipeg. The proposed Canadian Premier League (CPL) has intentions to partner with strong community lead owner/operator groups in cities from coast to coast. The CPL has already received expressions of interest from 10 Canadian cities and will be assessing bids over the next 60-90 days.

“The leadership of the Canadian Soccer Association has shown an outstanding commitment to its vision for the future of soccer in Canada with today’s decision to ratify the Canadian Premier League,” said Scott Mitchell, CEO of the Hamilton Tiger-Cats, who has spearheaded the effort among potential ownership groups. “The CPL will fill the existing void in Canada’s national soccer development platform by operating a world-class professional league, both on and off the field.”

“Today is an historic day for soccer fans, aka footie followers, in our country,” said Bob Young, Caretaker of the Hamilton Tiger-Cats. “This day is only possible thanks to the unwavering support of soccer fans across Canada, such as our own Barton Street Battalion supporters.”

“We know from hosting the FIFA Women’s World Cup Canada 2015 in Winnipeg that this community has an undeniable passion for the sport,” said Wade Miller, Winnipeg Football Club President and CEO. “There has been a lot of work done behind the scenes to move this endeavour forward.”