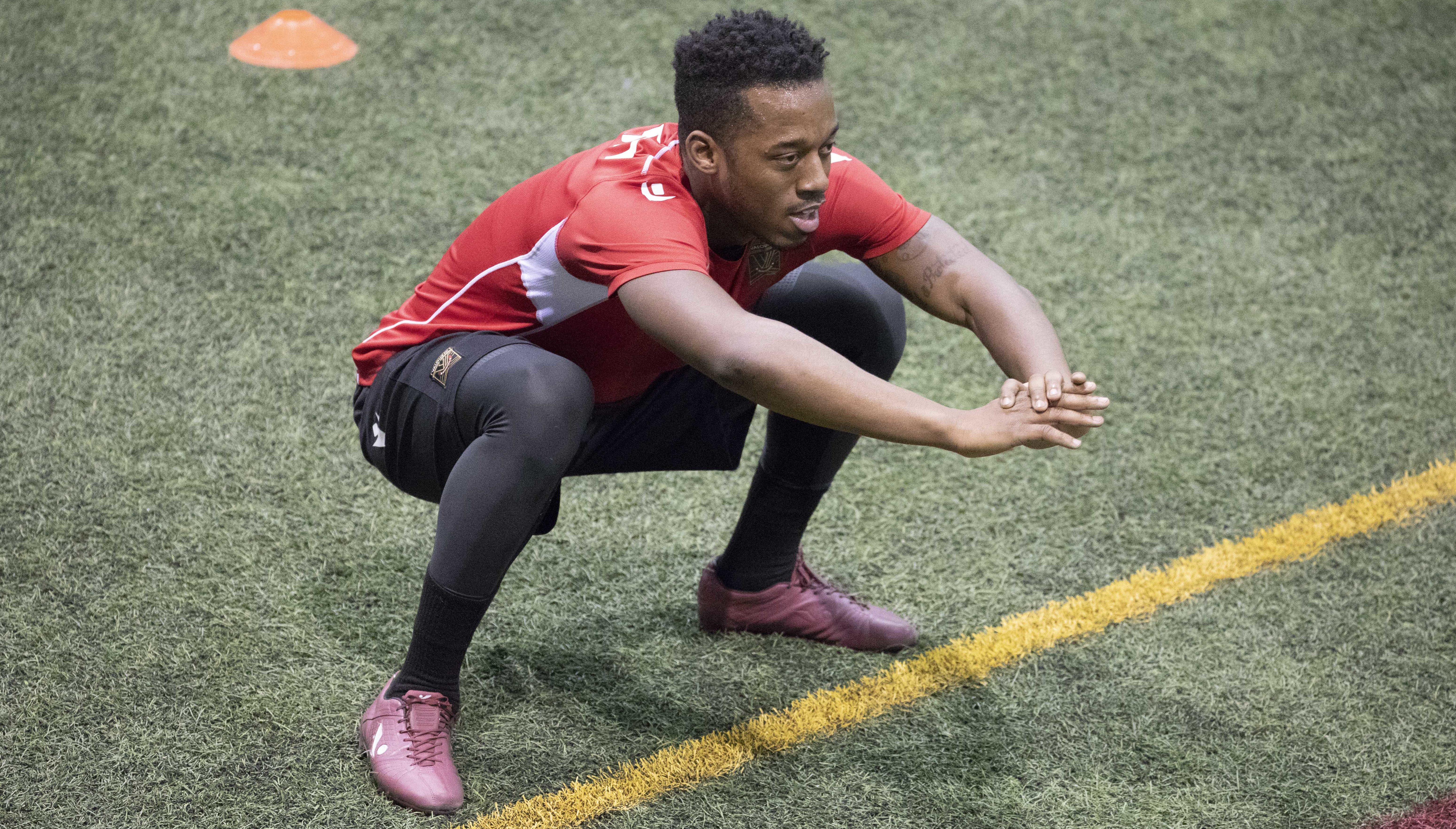 There are verbal pats on the back from the Valour FC defender to his teammates. There are commands to push the pace when the sessions get sluggish, and occasionally, a “my bad” when a pass misses the mark.

That’s not unique to Murrell, of course. But it’s the consistency of it, plus his actions off the field, which have made him a key component in Valour FC’s leadership group. And it’s also made him one of the captain candidates from that core.

It’s not his choice to make. And admittedly, it’s an awkward question to bring up with a player. But nonetheless…

“It would be a great honour,” Murrell said when asked about the possibility of wearing the captain’s armband. “But it’s also not mandatory. I just want to do everything for this team. Everything has to be about the team. I just want to see us win and do well for the city of Winnipeg and for ourselves.

“You know what? These guys are all brothers to me already. You respect your family. We’ll push each other and just because one person is wearing the armband doesn’t mean they will be the only leader. There are a bunch of leaders on this team.”

Leadership, it would seem, comes naturally to Murrell. The London-born Canadian moved across the pond with his family when he was 11 but still has a hint of that British accent in his voice.

He has played 10 games for Canada internationally at the under-18, under-20 and under-23 level. He was a captain for the under-20 team in a friendly against Mexico and was the captain of Toronto FC Academy in 2011. In 2013, he was the recipient of the Coaches Award at Syracuse University, for “courage, desire, humility and an unselfish devotion to his teammates.”

During his spare time he likes to watch other games to pick up tricks of the trade; reads voraciously, recommending Sir Alex Ferguson’s “Leading” and Gary Mack’s “Mind Gym” and carries an infectious confidence that seems to have others willing to follow his lead.

“Every day you work at something new, whether it’s off the pitch or on the pitch,” Murrell said. “It’s reading a book on how to lead or watching a lot of games. I watch a lot and learn from guys playing today. I try to be a sponge with everything around me and then try to help others when I can.”

“I just like having a British accent around me,” cracked Gale when asked about Murrell. “He’s still got a bit of British swagger there in his accent. He’s a great lad. I really liked him when we were with the Olympic team… we did a tour of Guyana and Grenada and he showed me there the characteristics that I knew he’d bring. He hasn’t missed a beat.”

“He’s an absolute leader out there, both on and off the field. He’s driving the group forward, enforcing the good habits and the processes that they develop behind the scenes and some of the internal rules the players have calculated. Along with big Sky (Skylar Thomas), Tyson (Farago) and the two Dylans (Sacramento and Carreiro) who have been around, they’re really driving the bus forward. He was a leader in the yo-yo test the very first day, dominated that. He’s come ready to play and lead this team and that’s exactly what we expected of him.”

Gale said he has sought out leaders for the position groups all over the field, from up front to the middle and the back, adding the captain candidates will “reveal” themselves as the going gets tough.

“I’ve been very fortunate to travel and do what I love. I’m fortunate to come out to Winnipeg and be with this great staff and work with these great guys. I’ve been all over the place enjoying playing football and learning new things every single day I come out here. It’s a privilege.”