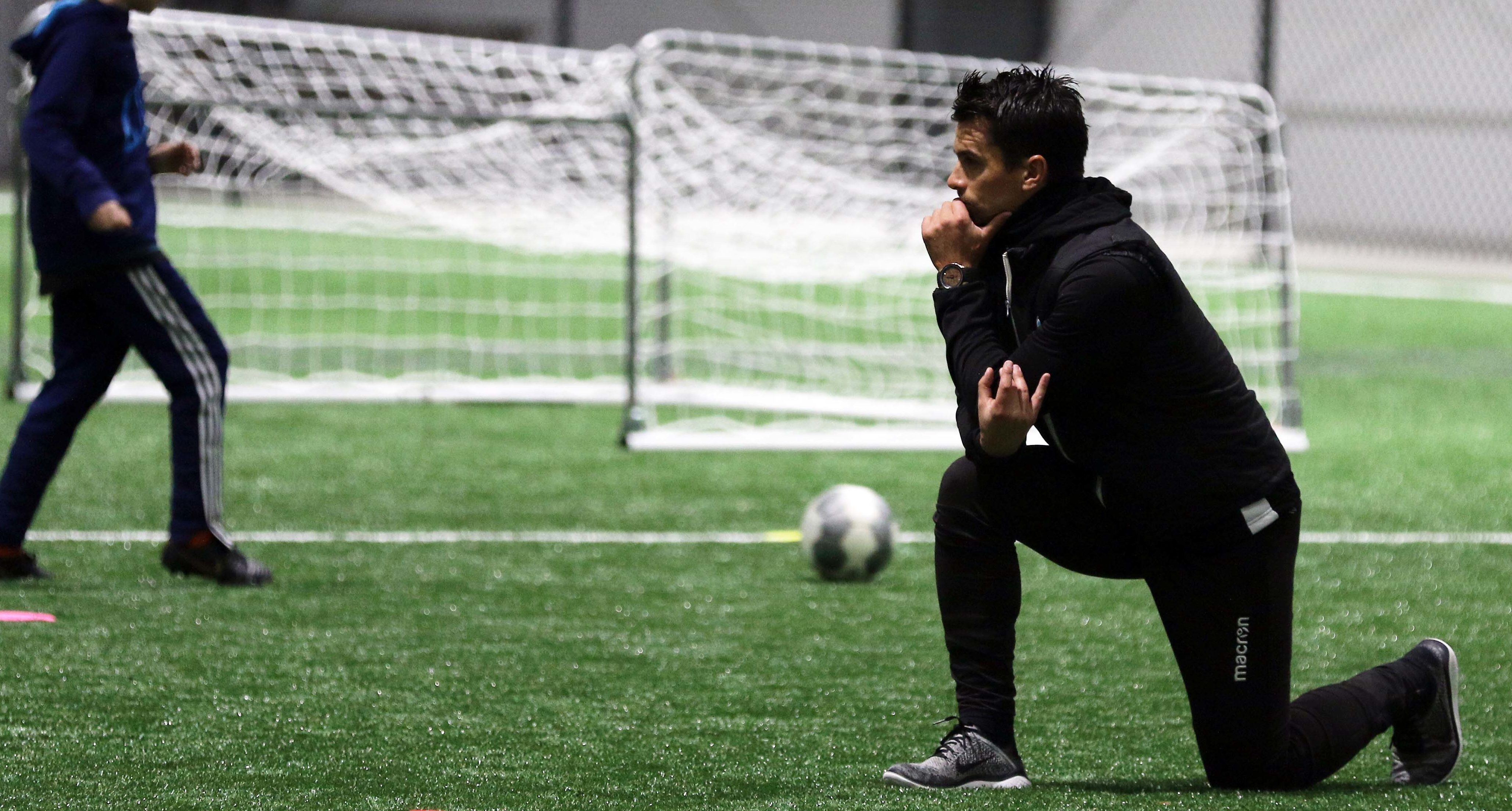 Heading into May, Pacific Football Club and the community of Vancouver Island continue to adapt to the times with a focus on moving forward with all precautions taken. As the world began to go into social isolation, one of the focal points that the Island Canadian Premier League club ensured would continue moving forward was the connection with the Trident Development and Vancouver Island Wave High Performance Programs.

Led by Pacific’s Associate Head Coach and Technical Director James Merriman, the youth programs that train at the Langford-based Island Training Centre have had to find a new way to push forward with regular training sessions while adhering to the social distancing guidelines that have are now in place.

“We wanted to make sure young players in the community were able to keep focused and stay active from the safe distance of their homes,” stated Merriman. “Staying safe but active were two things we really focused on while embracing a creative training style in the circumstances.”

As the social isolation throughout Canada began, the Pacific FC technical team shifted to using Zoom–a video conferencing platform–for online training sessions, supplemented with in-depth training videos and session plans. With the 2020 CPL season on hold, the club had none other than Head Coach Pa-Modou Kah and co. joining and leading weekly training sessions.

“We learned and adapted to what worked best for the players while continuing to help build their fundamentals from home,” added Merriman. “This has been a tough time for all, but we’re extremely happy with the progress that the players have made.”

The club’s entire training program has shifted its attention to an online format, including a few additional segments led by coach Kah and guests such as captain Marcel de Jong and Marco Bustos talking about their journey to the professional environment.

’There’s nothing more that I would love than to give young players the opportunity to play for Pacific FC.’ – @boykah . . . #PoweredByPacific #ForTheIsle #CanPL @pacificfootballclub

“We’re hoping through these sessions that we are inspiring these young players to see a realistic pathway forward,” explained Merriman. “That is what this league and our club are all about, the opportunities are there.”

In addition, each Trident and Wave player received Pacific FC boxes with training kit and letters that were delivered over the course of a week by the club’s first team players and staff. The deliveries were meant to show the club’s appreciation for the continued support from the soccer community during these challenging times.

The rain couldn’t stop the club from making some social distancing surprise deliveries to our @pacificfc.itc Trident Program players. It was awesome to see all the smiling faces – even from a distance! ? . . . #PoweredByPacific #PacificFC #ForTheIsle

Founded in 2018, Pacific Football Club brings professional football to Vancouver Island. Playing out of a renovated, 6000-seat Westhills Stadium in Langford, the club provides an outlet for Canadian soccer players to compete at the professional level of the sport on home soil. Fans can enjoy the fast-paced, thrilling atmosphere of a Pacific FC game by purchasing tickets at www.pacificfc.ca.