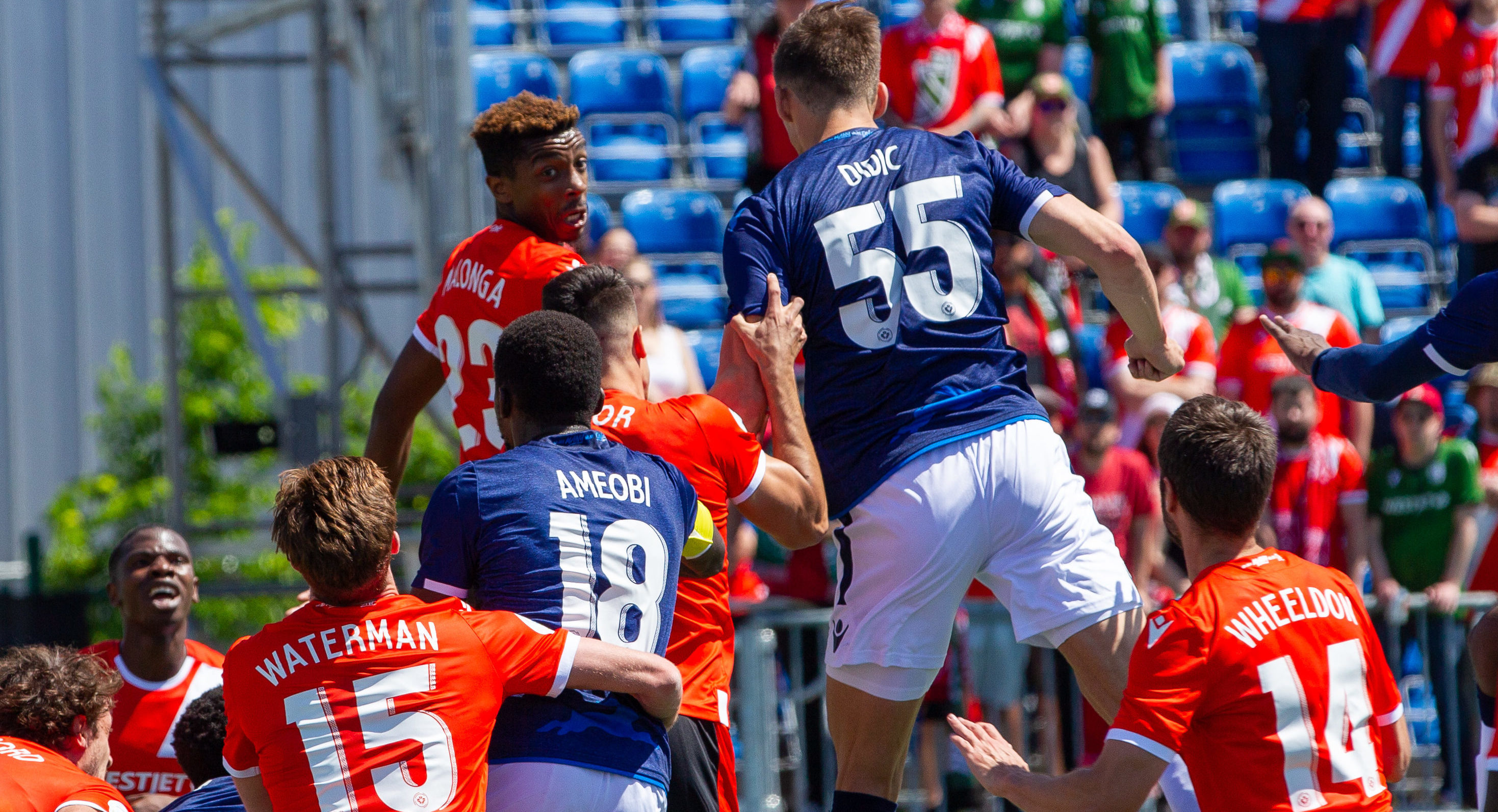 A third installment of Al Classico will come Friday at Spruce Meadows, pitting Albertan rivals Cavalry FC and FC Edmonton against one another two months to the day of their last encounter.

You could call that last matchup one-sided, at least as the scoreline was concerned. Three late goals put Cavalry in the fast lane towards a Spring title, while the Eddies sputtered past the first season’s cut-off point.

While Cavalry has continued that breakneck pace, the Eddies have kept up, only losing once since that June 15 encounter with the Cavs.

So, this one is going to be different: Edmonton, an early contender to book the second spot in the CPL Championship this Fall, taking on their would-be opponents.

Could this be a final preview? Only time will tell.

Here are four factors to watch for Friday night in Calgary.

FC Edmonton has yet to score against their Al Classico opponents. Could Easton Ongaro buck that trend Friday?

At six-foot-six, Edmonton’s dangerman is an absolute handful in the box, as proven by his four goals in the past three league matches.

Ongaro is coming off one of the most impressive individual performances in the inaugural CanPL season, as illustrated in the Volkswagen Premier Performer tally this week; scoring twice, passing at ease in tight corners and knocking balls around the box like a pinball machine.

A Cavalry U SPORTS draft pick, the 21-year-old nearly signed with Tommy Wheeldon Jr. before joining Edmonton, adding another bit of spice to this burgeoning rivalry.

While Cavalry likely won’t be as easy to break down as Pacific FC, look for Eddies head coach Jeff Paulus to activate Ongaro early with balls in the air, testing a rather depleted Cavalry backline…

Mason Trafford, Dominick Zator and Nathan Mavila are the only listed defenders expected to be available for Cavalry Friday; Jonathan Wheeldon is out suspended, Joel Waterman, Dean Northover and Chris Serban are still out injured.

Nik Ledgerwood or Malyk Hamilton could slot in at right fullback, if Cavalry stay with a back-four.

Head coach Tommy Wheeldon Jr. will likely be forced to play Zator up the middle due to a lack of ready centrebacks. Zator played right fullback on Wednesday against Montreal Impact … Just two days prior.

Two key pieces to build up for both sides.

Ramon Soria has a top passing range. Crowding him and eliminating passing lanes to the strikers and Diouck will be a top priority for Adekugbe and Ledgerwood. He was rested in their previous win over Pacific with an ankle injury but is expected to return.

Adekugbe, taken off on Wednesday against Montreal, will likely lineup beside Ledgerwood in the middle. Overloading FCE’s midfield might be the easy part for the 23-year-old, if he’s able to recover from a particularly taxing tilt just two days prior. Piercing Edmonton’s backline – featuring Amer Didic, Mele Temguia and more – might be the more difficult task, especially if Sergio Camargo doesn’t return from injury in time.

Whoever lines up on the left-hand side for Cavalry will have to contend with Oumar Diouck.

The Eddies have found Fall success with their hybrid 4-4-2 system – spearheaded by Tomi Ameobi and Ongaro up top and Diouck has a third attacker up the right-wing. Pacy, with great touch, Diouck has been better utilized running off his oversized-yet-agile strikers.

He’s an important marker not to lose, as proven by his back-post volley last match. Cavalry can’t switch off with Diouck lurking.