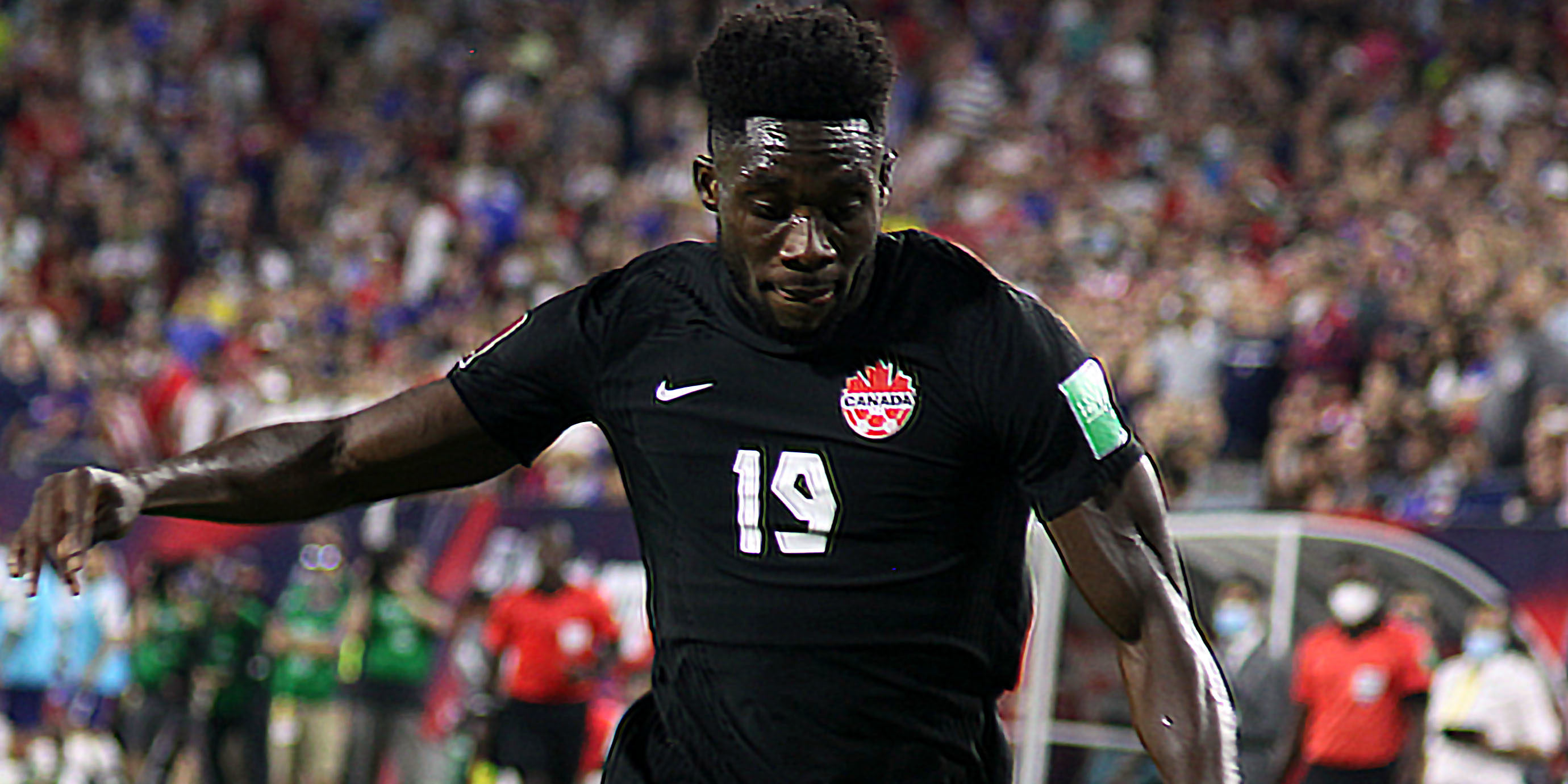 Canada Soccer confirmed on Tuesday night that Alphonso Davies will not participate for the men’s national team in their World Cup Qualifying match against El Salvador on Wednesday.

Speaking to media on Tuesday afternoon, Canadian men’s national team coach John Herdman addressed rumours that Davies might not be available for the clash with El Salvador. Herdman revealed that Davies did not train with the team on Tuesday, and that he would be further evaluated ahead of the game. At that point, Herdman indicated Davies was still with the squad, but the team has now confirmed he will return to Germany for assessment and treatment from his club.

The 20-year-old left Sunday’s match against the United States in the 77th minute after appearing to pick up an injury in his knee.

Prior to the injury, Davies had started both of Canada’s first two matches of this third round of World Cup Qualifying, going all 90 minutes last Thursday in a 1-1 draw with Honduras. He assisted Canada’s goal against the United States with a fantastic run and pass to Cyle Larin.

Canada’s match on Wednesday night kicks off from BMO Field at 7:30 pm ET, and is available to watch on OneSoccer and Sportsnet One.