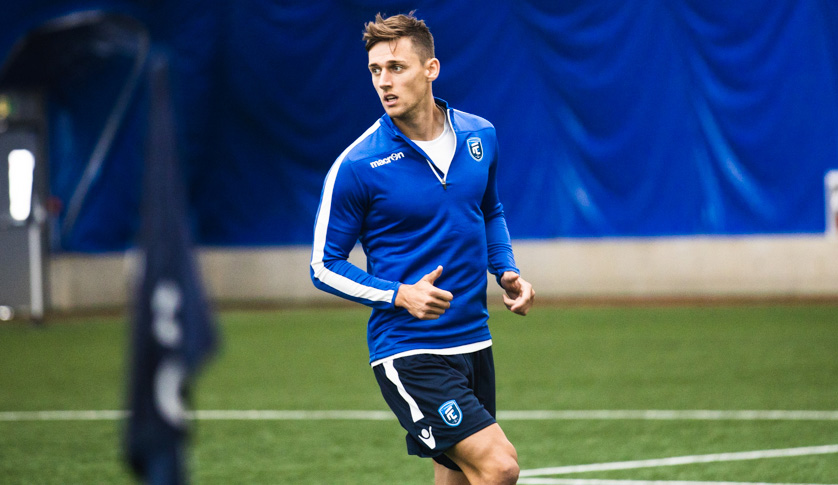 Amer Didic, a defender who spent the 2019 season with FC Edmonton, is returning home after his recent trial with the Vancouver Whitecaps recently came to an end.

Didic spent a large portion of the Whitecaps’ pre-season training camp with the MLS club, but his immediate future – and whether he’ll be back with FC Edmonton – remains up in the air.

A 25-year-old centre back who turned heads for his hometown club last year, Didic garnered interest from the Whitecaps not long after he impressed in his two appearances (with a goal in his debut) for the Canadian men’s team at their January camp in California.

He played 20 times in total for FCE last season, in league matches and one Canadian Championship appearance. The 6’4″ defender developed a reputation as one of the league’s steadiest in 2019, also earning praise for his knack for set-pieces.

Trialists Amer Didic and Aboubacar Sissoko have returned home and are no longer with the club. Wishing you both the very best ??

In other news, Aboubacar Sissoko, the reigning U SPORTS player of the year from the University of Montreal, is returning to HFX Wanderers FC. Sissoko hasn’t yet suited up for the Wanderers, but coach Stephen Hart spoke highly of him when adding him to the club’s roster.

“Aboubacar has lots of energy, can cover a lot of ground,” Hart said at the time.

The Wanderers have 17 players signed for 2020, plus their two U SPORTS Draft picks in Cory Bent and Jake Ruby.