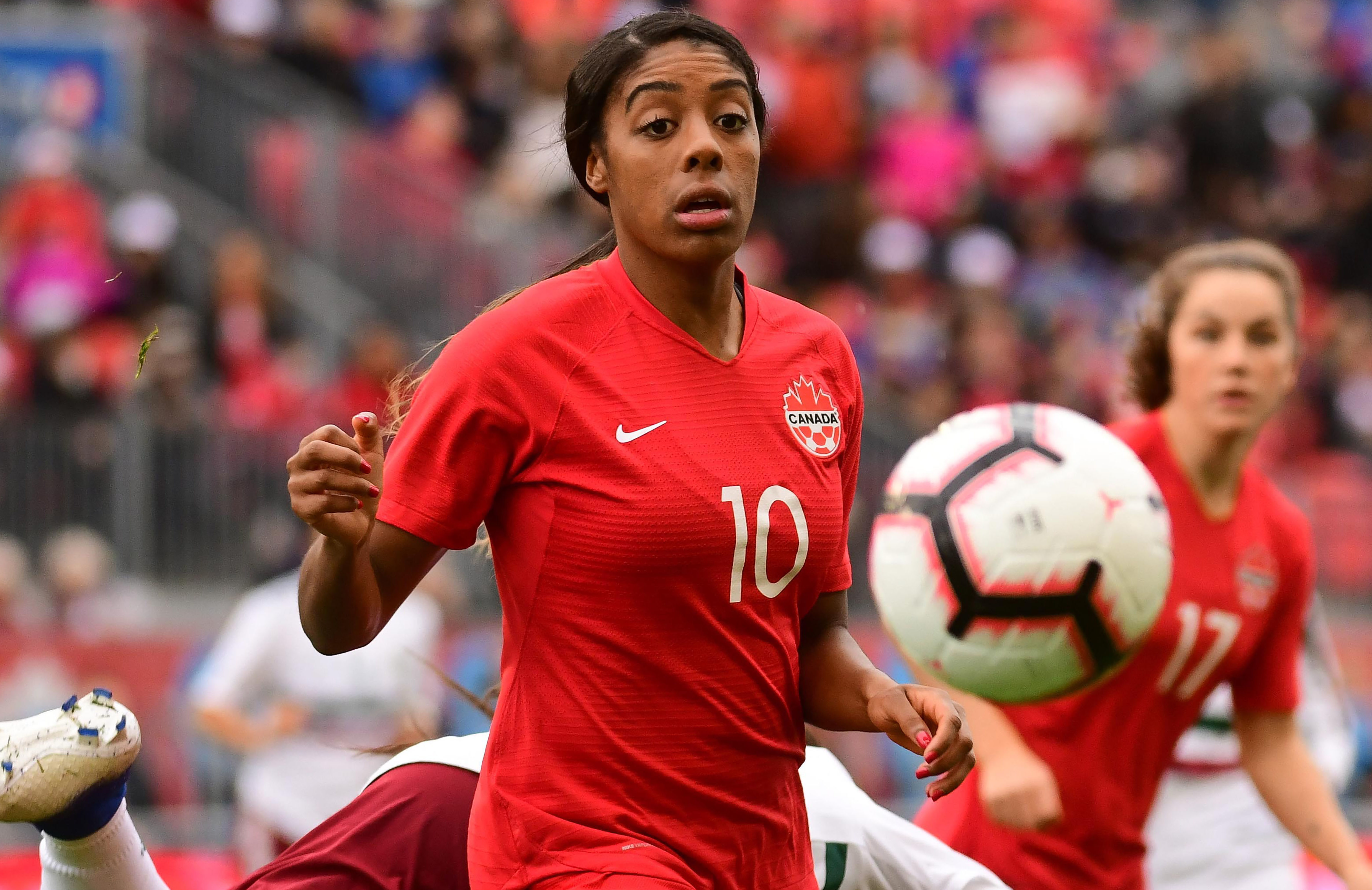 Ashley Lawrence during a friendly on May 18, 2019. (Photo: Martin Bazyl/Canada Soccer).
Ashley Lawrence voted Canadian women’s player of the year for 2019
2019-12-12
by
John Molinaro, Director of Content (@JohnMolinaro)
CANWNT News

Ashley Lawrence capped off a strong 2019 on Thursday by being named the Canadian women’s player of the year.

It’s the first time that Lawrence, who plays professionally in France for Paris Saint-Germain, has won the honour.

An industrious midfielder who can also play at right fullback, Lawrence led Canada in assists (four) and minutes played (1,215) in 2019. She was also one of only four players to play all 15 games for the Reds this year, including four matches at this summer’s FIFA Women’s World Cup in France.

At the club level, Lawrence helped Paris Saint-Germain finish second in the French league standings and reach the quarter-finals of the UEFA Women’s Champions League.

“She has the ability to pass, cross and shoot with both feet; she is able to play at several positions on the highest level. In 2019, her leadership abilities continued to develop both on and off the pitch, providing a positive impact on both her younger teammates as well as her own game,” Heiner-Møller said in a news release.

Lawrence has earned 83 caps since making her national team debut as a teenager in 2013, scoring five goals and tallying eight assists along the way. She previously won the Canadian U-17 Player of the Year award in 2011 and 2012.

Earlier this week, Jayden Nelson and Olivia Smith won the Canadian Youth International Players of the Year honours, while Gent forward Jonathan David was named the Canadian men’s player of the year.

The Canadian women’s player of the year award was first handed out in 1994, with the inaugural award going to Charmaine Hooper. Other winners over the years have included Andrea Neil, Kadeisha Buchanan, Gerri Donnelly, Janine Helland and Silvana Burtini.