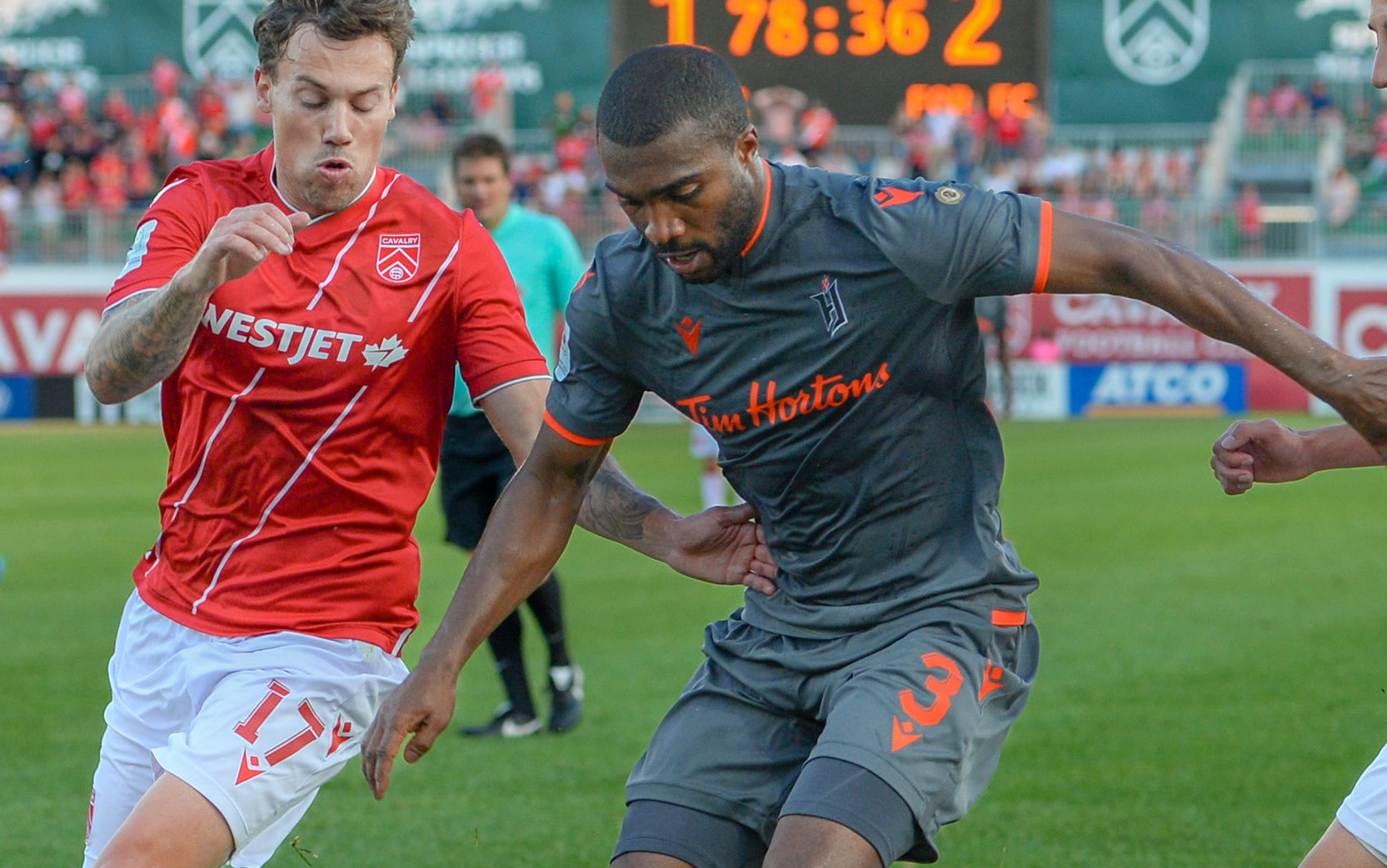 But it’s all about context.

Forge dealt with more roster turnover than they’ve been used to, injuries at key positions that seemed to occur in bunches, and inexperience from young players getting their first taste of professional soccer in Canada. This all led to a lack of consistency by Forge standards.

The club announced Monday that left-back Ashtone Morgan re-signed with Forge ahead of the 2023 CPL season. Despite being one of the new faces last season, Morgan provided a stable, veteran presence for a backline hit hard by injury.

Morgan says even championship seasons can be improved upon.

“Last season, you know, we had some bumps in the road,” he explained. “There’s a lot of character building in our (locker room). Championship calibre teams, like ours… we definitely grew as a group and as individuals.”

“Can we be better than last season? Can we be better in certain moments throughout the season, you know? Have we learned? No season is ever the same, and that’s the exciting thing about football.”

“I’m excited for the challenges that will arise (this season), and I can’t wait to see us prevail,” Morgan added.

Ashtone Morgan opens the scoring for @ForgeFCHamilton to take a 1-0 lead over @Pacificfccpl in #CanPL Action!?⚽️

The soon-to-be 32-year-old came to Hamilton with 127 appearances for Major League Soccer’s Toronto FC under his belt. He also played in 18 matches for the Canadian Men’s National Team.

Like David Choinière, who re-signed with Forge last week, Morgan had other options. But ultimately, a return to Hamilton is what Morgan felt was best for his career.

Not only will the Toronto native be able to compete for another CPL title while playing close to home, but Forge’s total football tactics allow its full-backs to flourish. In 2022, Morgan was a defender, an attacker, a runner, and a distributor in a fluid-yet-structured system that relies on cohesion among the 11 — cohesion built through chemistry, on and off the pitch.

“There’s no feeling more special than going through the good times and hard times, you know, (as teammates) and then finally lifting the trophy together,” Morgan said. “That’s what we live for — the dreams, the bonds — we create these things. They last a lifetime.”