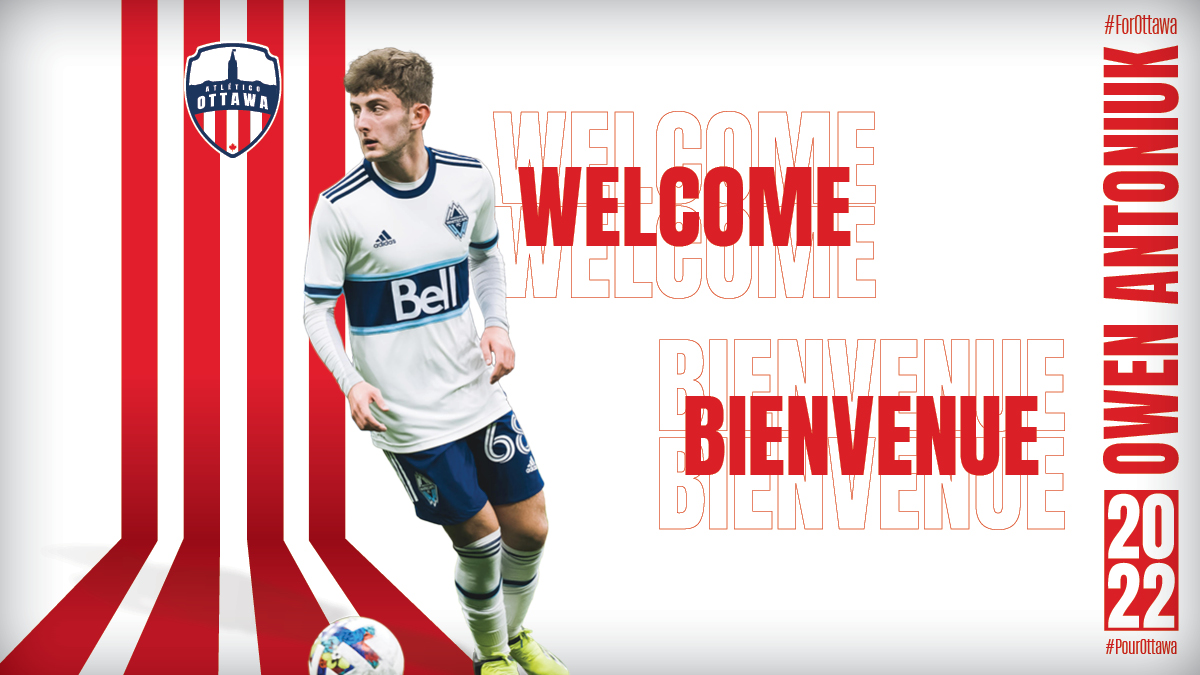 Atlético Ottawa of the Canadian Premier League is pleased to announce the arrival of 19-year-old Canadian midfielder Owen (Robert) Antoniuk to the nation’s capital, on loan from Vancouver Whitecaps FC for the remainder of the CPL season, effective immediately.

Antoniuk, from Calgary, AB, joined the Whitecaps FC Academy in 2018 after playing in the club’s Alberta Academy Centre program. Antoniuk had been a standout prospect from an early age, coming through the Calgary Blizzard youth program, featuring at the Club Nationals and Provincials with Calgary Foothills, and representing Western Canada at the youth level. In 2021, he was promoted to the Whitecaps FC U-23 team and trained with the MLS side on a few occasions. This season, with the Vancouver Whitecaps FC 2 playing in MLS Next Pro, Antoniuk has featured in 13 matches, cumulating over 620 minutes of action, and scoring three goals.

“I’m very excited and happy to be here. It was a quick move, but I’m thrilled to get this chance,” offered Antoniuk of his move across the country. “For me, this is obviously a bit about getting more playing time. If I can help the club with u21 minutes, then I look forward to earning my spot and will work for that. But I’m excited about getting exposure on the East Coast, and I know playing at TD Place is going to be great!”

“Owen is a smart, technical player that will add another dynamic option to our roster,” commented Fernando López, CEO of Atlético Ottawa. “He’s a young, promising talent we’re excited to see on the pitch with us. It’s no secret that we also need to start raking up some U-21 minutes, and we expect he will help us in that!”

Atlético Ottawa could get back to the top of the standings when they jump back on the pitch Wednesday, July 20th for that delayed clash against Valour FC, before heading on the road on Sunday, July 24th as they travel down the 401 to visit York United.