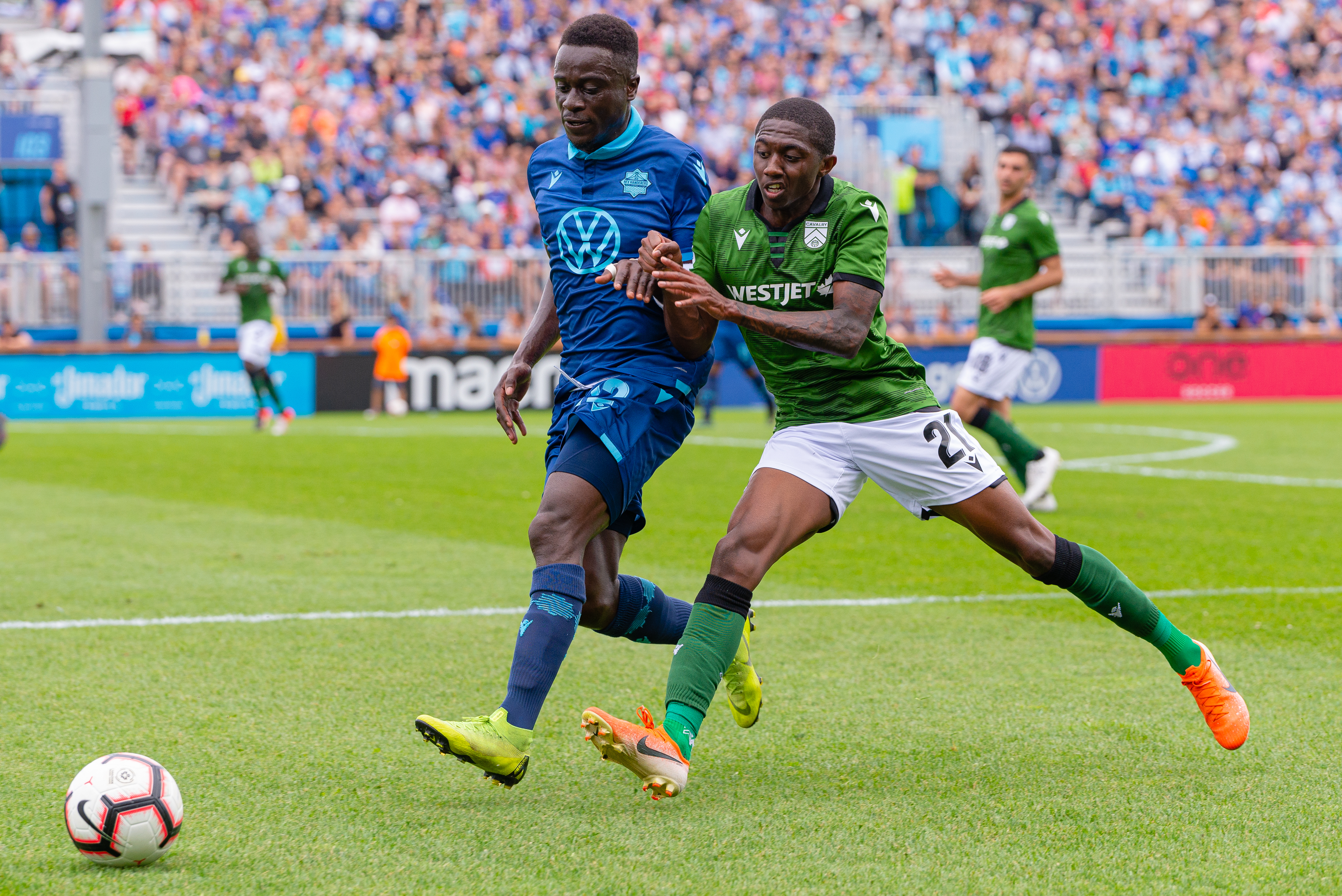 The 20-year-old spent last season with Cavalry FC, where he made 18 appearances for the club totalling 1,275 minutes. Naturally a right-winger, he spent a good deal of his time at Cavalry playing right fullback in the absence of the injured Dean Northover.

The Calgary-born player signed with Cavalry in March 2019 when he was 19, returning to his hometown after initially moving away at age 13 to join West Ham United’s youth academy.

“We are delighted to have Malyk with us,” said Atlético Ottawa CEO, Fernando Lopez. “He will bring versatility and depth to our defense and his talent and experience playing in the CPL will help us. We are sure he will be a defining player for our squad and together we will achieve all our goals.”

Hamilton spent eight years in England with the club’s academy before moving back to Canada where he signed with Toronto FC II in March 2018. He made eight appearances and scored a goal for both TFC II and TFC III in 2018.

“I’m very excited to be representing Canada’s capital by joining Atlético Ottawa as well as being part of the Atlético de Madrid family. This is a prestigious organization with such great history and I’m proud to now be a part of this new and exciting chapter,” said Hamilton. “The opportunity to learn from the Atlético coaching staff as well as having a genuine pathway to progress is something you cannot turn down.  The hard work starts now and I’m looking forward to giving everything I have for the Ottawa-Gatineau fans and supporters and the city of Ottawa.”

Hamilton represented Canada’s men’s national under-18 team under Rob Gale (Valour FC) in 2016 while he was at West Ham. The 20-year-old can play as a winger and fullback, in addition to midfield.

Atlético Ottawa will begin play on the road against 2019 champions Forge FC on Saturday, April 18 and will face off against HFX Wanderers at home on Saturday May 16, 2020.