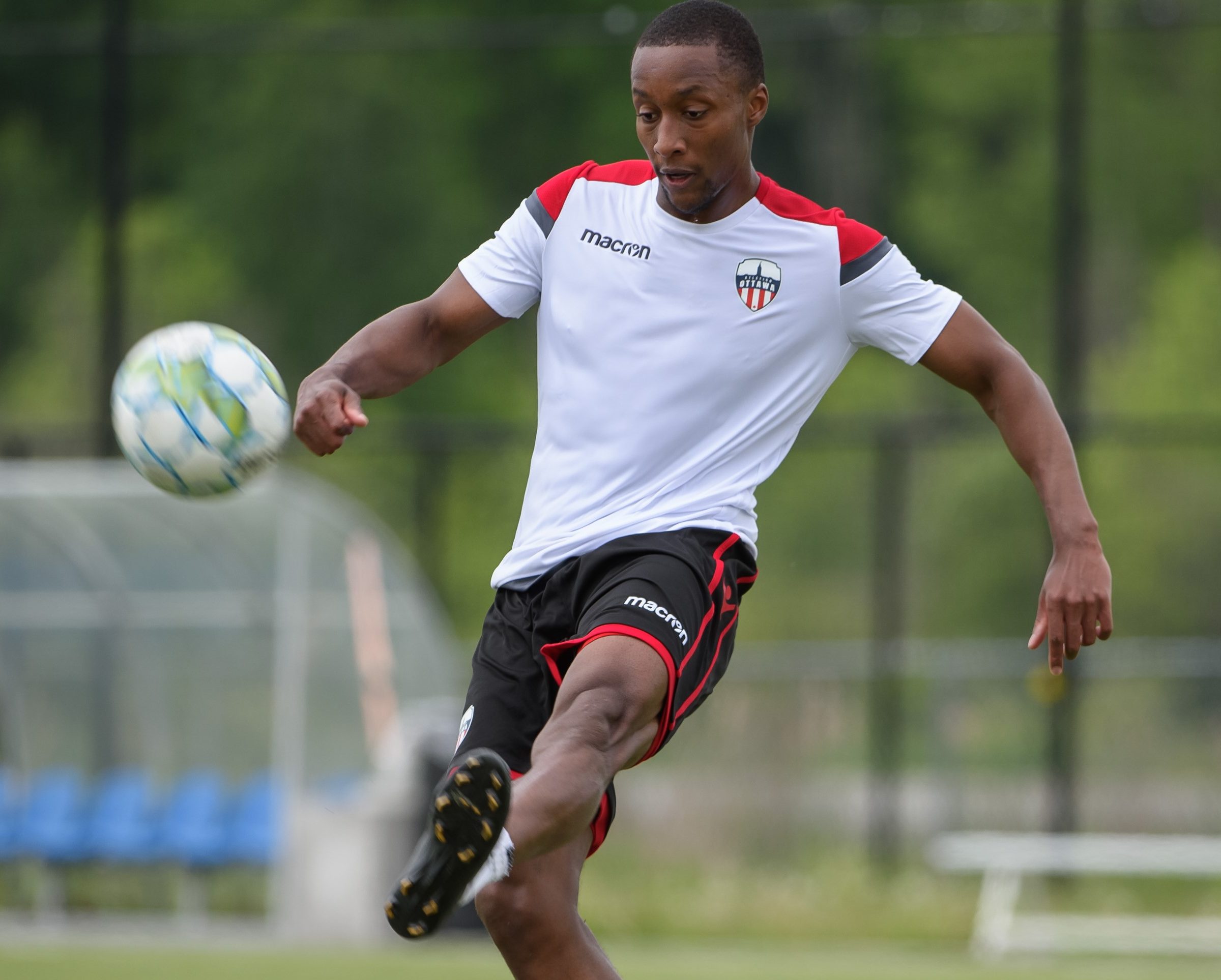 Able to play as a centre-forward or a winger, Shaw spent the past season at Assyriska IK in Sweden’s third tier (the club that former York9 FC striker Simon Adjei signed with this past winter). Shaw made 24 appearances for the Swedish side in 2019, scoring five goals (eight including several Swedish Cup appearances) and adding four assists. He also banked 13 goals for fourth-tier side Råslätts SK in 2018.

Shaw, a native of Pickering, Ont., also had a successful university career, playing NCAA Division II soccer for Roberts Wesleyan College in Rochester, N.Y. He was a prolific goal scorer for the Redhawks, contributing 27 goals in his four seasons there and leading the team in scoring in both his junior and senior years. In 2015, Shaw was named to the East Coast Conference’s second All-Conference team, and in 2016 the National Soccer Coaches Association of America named him to its All-East Region All-American third team.

According to Shaw, Atlético Ottawa reached out to him recently to join them on trial as they returned to training in the past few weeks. Evidently, he impressed the coaches and staff enough to earn a contract.

RELATED READING: Malcolm Shaw on catching Atlético Ottawa’s eye: ‘It was kind of out of the blue’

“I’m super grateful for the opportunity,” Shaw told CanPL.ca. “I think what draws me is obviously being able to play at home in front of family, in front of loved ones. The past two years I’ve been in Europe playing, and it’s been more of a challenge for my family and even friends to be able to tune in and watch me play, follow me closely.

“In terms of being able to be, instead of 6,000 miles away with a six-hour time difference playing in Sweden — as amazing as it was — I’m now four hours away in the same time zone.”

A tall, strong forward, Shaw has been described as a talented finisher with either foot as well as an important catalyst in hold-up play. He’s the only pure forward signed by Ottawa so far, perhaps answering the questions of fans who wondered when the winger-heavy squad might add to the centre of its attack.

Atlético Ottawa has, with the addition of Shaw, now expanded their official roster to 15 players, with six of their seven international spots filled. Shaw is the ninth domestic signing in the club’s history, and he joins an attacking core that also features fellow Canadian Ben Fisk, Mexican veteran Francisco Acuña, and Ghanaian Osah Bernardinho, among others.

Club CEO Fernando López teased last week that there are still a handful of additional signings yet to be finalized, with plenty of space left on Ottawa’s roster to fill out the squad before the 2020 season begins. Presumably, several other players have been on trial in the nation’s capital, suggesting that signings could come in the very near future.