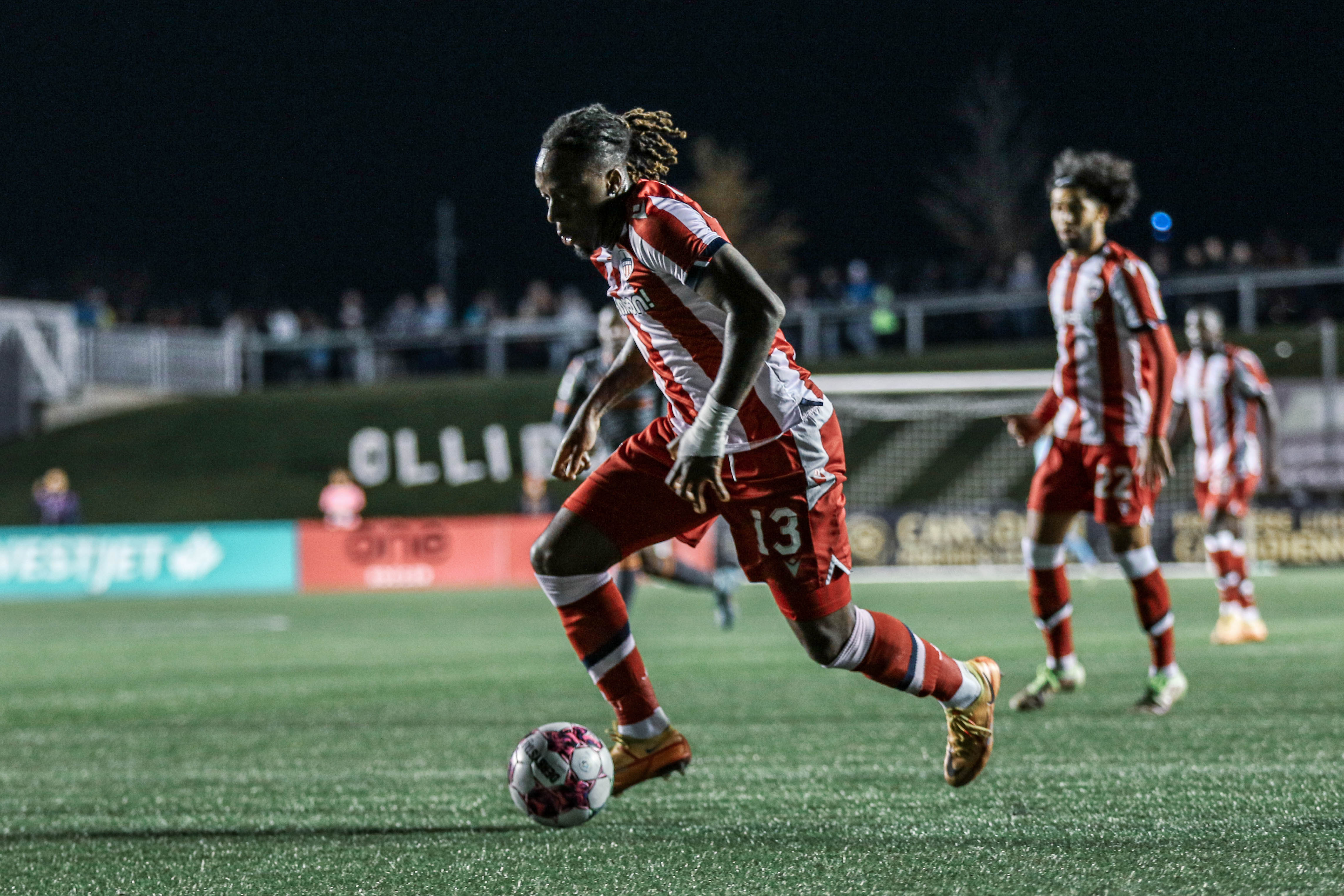 Atlético Ottawa has reached an agreement with Turkish side Manisa FK for the transfer of Ballou Tabla on a permanent deal with immediate effect, pending the delivery of his International Transfer Certificate (ITC).

Ballou swapped Montréal for the Canadian capital ahead of the 2022 Canadian Premier League season in what was widely considered the biggest move of the transfer window. The 23-year-old made an instant impact, dazzling local fans with his quick footwork and his charismatic persona, quickly becoming a core element of head coach Carlos González’s side.

“There is no doubt about the influence of Ballou in the team this year, he grew so much throughout the season and was vital during some key moments,” said head coach Carlos González. “He helped us achieve our goals and we were very happy with the player’s development therefore I have mixed feelings about his departure.

“We are losing an important player but, on the other hand, the club has to be very proud of what we have accomplished. We aim to help players develop and take positive steps in their careers and, with Ballou, we can proud of helping him achieve that. I wish him all the best in his new chapter.

“Now we look forward to finding our new ‘Ballou’ soon.”

In his maiden campaign, Ballou had some stand-out moments both on and off the field, including scoring an inspired acrobatic bicycle kick from outside the penalty area against Cavalry FC – a goal that led the team to both a victory on the day and qualification for Ottawa’s first appearance in the CPL playoffs.

With seven goals and five assists, including Atleti’s first-ever goal in the playoffs, Ballou was instrumental as González’s side was crowned Regular Season Champions in a historic season which culminated with a playoff final hosted in front of 15,000 fans at TD Place.

“My time in Ottawa has been fantastic. I have found a lot of things I’d lost, first of all my smile and then my joy on the field,” said Ballou. “I met some wonderful people, incredible staff and passionate fans. Every single day was full of positives, what an experience.  “Unfortunately, I have to leave in this way, without a chance to give the fans a real goodbye, but that’s soccer.  This experience here with Atletico Ottawa has brought me back to such a good place in football and I am so happy and grateful.”