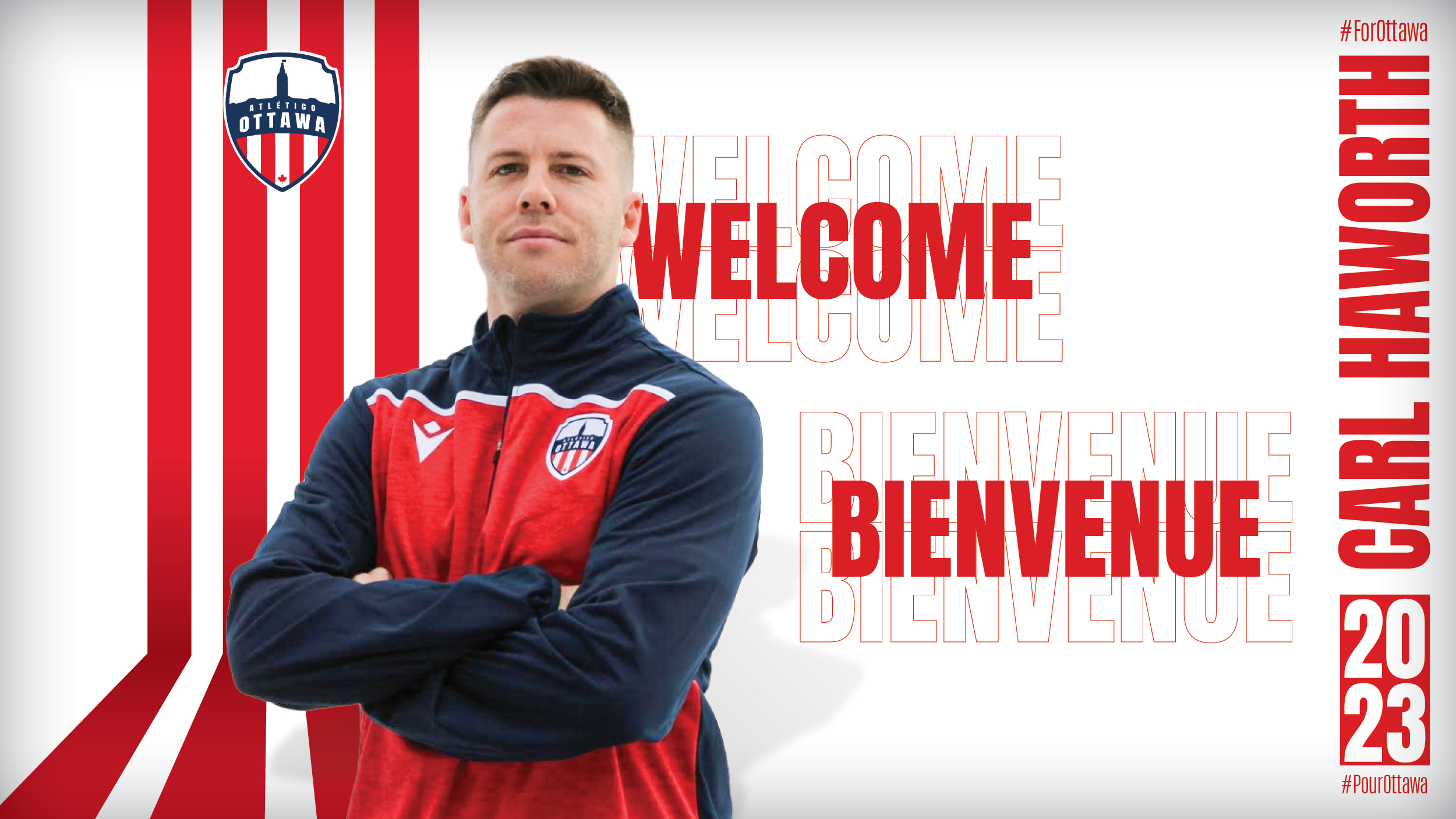 With its roster taking shape ahead of the 2022 CPL season, Atlético Ottawa announced on Thursday the addition of another experienced leader to the squad with the return of fan-favourite and longest-tenured Ottawa soccer player, Canadian Carl Haworth.

This marks Haworth’s first stint in the Canadian Premier League, which he enters on a two-year contract with the Nation’s Capital club, after spending the past two seasons in USL with Indy Eleven.

Haworth, who grew up in Barrie, ON after his family immigrated from England when he was only a toddler, is well known in the Ottawa soccer community. After settling in Ottawa as the club was preparing to make the move from the PDL to the pro ranks, he signed his first professional contract with Ottawa Fury FC in late 2013, then playing in the NASL, and stayed with the club until its dissolution in 2019 after three seasons in the USL.

In his six seasons in Ottawa, he established club records across all competitions in appearances (169), goals scored (27), and assists (29). In his final season in the capital in 2019, one of his most productive in career despite moving to a lateral defender role, he tallied 10 goals, nine assists in 33 league appearances, earning him the club’s Player of the Year award.

“From the first time I stepped out onto the field to represent the Fury in 2013 I knew it was something special. The city, the people, and most importantly the fans; they’re incredibly welcoming, supportive and make the experience of representing this city truly amazing. Once the opportunity to come back presented itself, it was a no-brainer,” commented Haworth of his return. “The project ahead of Atletico Ottawa is an exciting one, and I fully embrace the challenge of helping to lead this team and bring success back to the Capital.”

With 187 pro matches across three leagues under his belt, Haworth brings proven leadership on and off the field, as well as versatility and dedication to the game that will be an asset for Atlético Ottawa. 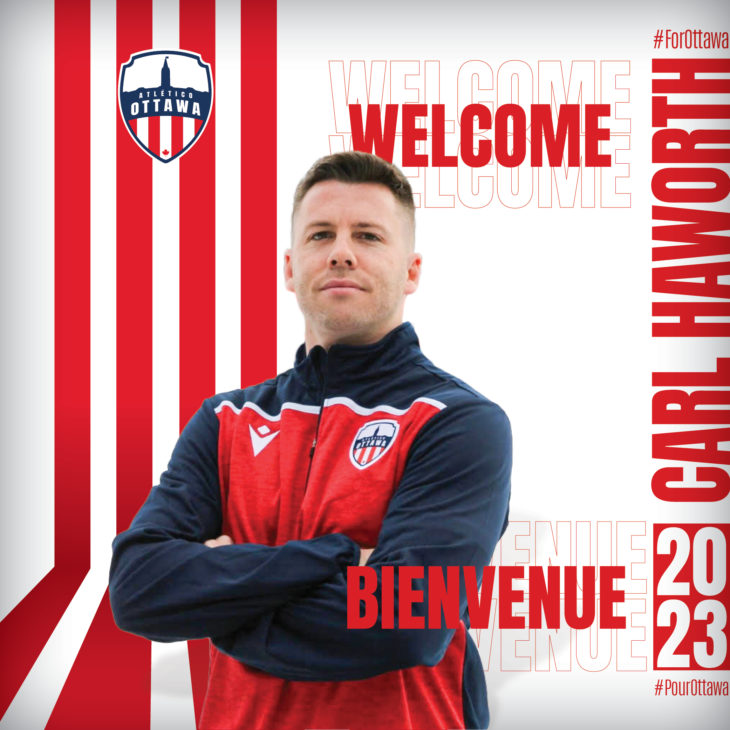 “Carl is more than just a recognized name in Ottawa,” offered Atlético Ottawa CEO Fernando López. “He can be deployed as a right-back, higher up the wing or even centrally, and we expect him to provide this team with tons of scoring opportunities, whether directly from his boot or by setting up his teammates. One thing we know is that he will have an immediate impact on this team and in this league, and we’re thrilled to count on him as a member of our Atlético Ottawa family.”

“Atlético Ottawa’s front office has done a great job of holding onto key players and bringing in new faces to create a winning culture. There’s a lot of hard work ahead, but I’m confident that this group is the right one. We have the best combination of experience, leadership, and talent that is needed for continued success,” continued Haworth. “I’m excited to reunite with the old fanbase as well as all the new faces that have supported Atlético Ottawa over the past few years. I can’t wait to get started and I’m looking forward to seeing you all out at TD Place this season!”

To celebrate Haworth’s return to Ottawa, fans can get their hands on a special ticket offer: the Carl’s Back Three Pack! The special bundle includes one ticket to the Atlético Ottawa Home Opener at TD Place on April 9th, as well as two ticket vouchers to use at any time during the 2022 campaign, and one friend voucher allowing fans to bring a plus-one to any match of their choosing during the season. All ticketing details, including season seat memberships, Flex passes, and the entire 2022 schedule, are available HERE. 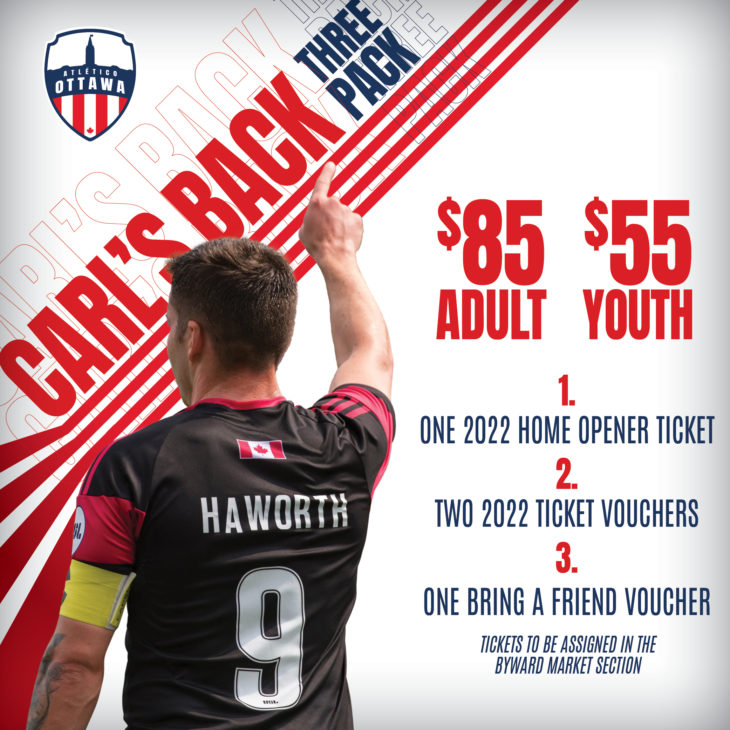