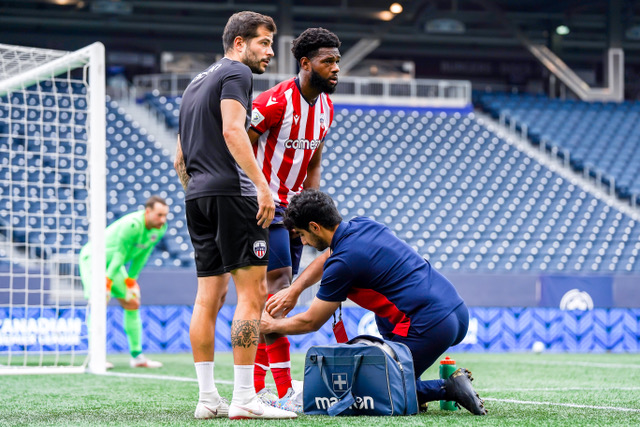 John went down in the 24th minute with what was later identified as a torn ACL (non-contact injury). John will require surgery, the club said Sunday, adding he will “likely” miss the rest of the season.

He will return to Ottawa to receive treatment and continue his rehabilitation, the club revealed.

John, 26, wracked up 147 minutes across five appearances at The Kickoff, adding to the seven matches the Toronto-area defender played at the heart of the Ottawa defence in 2020.

“Our hearts go out to Brandon. He has been a valuable member of this team and we will miss his leadership dearly,” said Fernando Lopez, CEO of Atlético Ottawa. “On behalf of the entire Atléti family, we extend our best wishes for a speedy recovery and thank Brandon for his contribution to our club. We look forward to seeing him back healthy.”

Atlético Ottawa will look to honour John through its performance when it faces FC Edmonton Sunday night (10:30pm ET on OneSoccer).