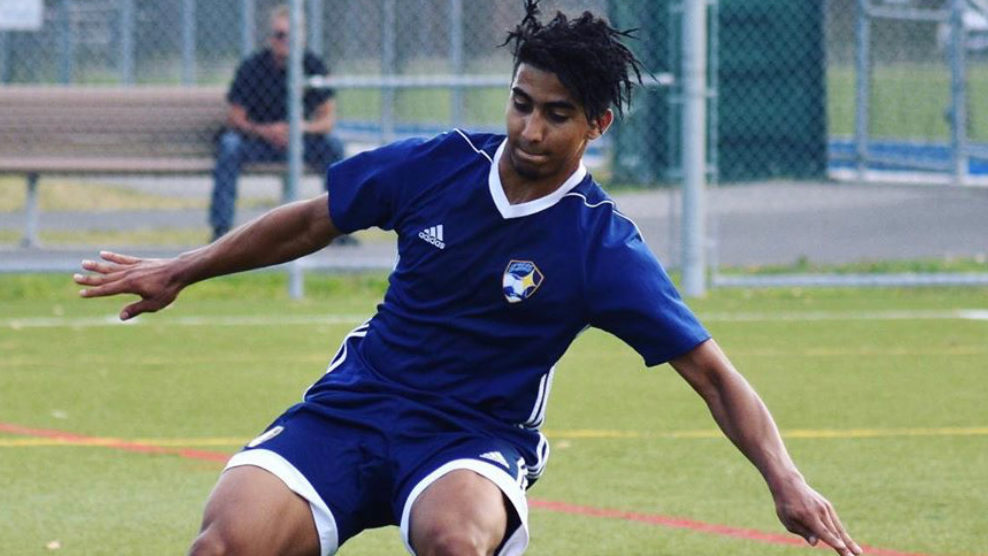 Michel Djaozandry’s long and winding path towards the Canadian Premier League – and professional soccer – just got a lot shorter.

Before Atlético Ottawa inked Djaozandry to his first professional contract on Tuesday, his plan was to go back to school – specifically with the perennial U SPORTS powerhouse University of Montreal – get noticed, and get selected at the CPL-U SPORTS Draft.

Instead, it’s straight into pre-season with Atlético Ottawa– and straight to Madrid – in the first taste of professional football for the 22-year-old native of Trois-Rivières, Quebec.

“I worked so hard for this moment and for it to come out of nowhere like that is incredible,” Djaozandry told CanPL.ca about when he learned of his deal with Ottawa. “I was overwhelmed, and ended up crying. From my perspective, I didn’t see it coming.

Djaozandry’s goal to crack a CPL roster dates back to 2018 and the Open Trials in Montreal. Then-19-year-old fullback made the first round of cuts but did not make the final 11-versus-11 match.

It was a tough blow for the former Montreal Impact Academy wide-man, who was listed as a midfielder during the trials but can play at left or right fullback. He spent three seasons with the Impact Academy, playing with such current CPLers as James Pantemis and Raphael Garcia. He met many more at his first identification camp with the Canadian national team setup at 17.

Another tough blow came last summer, when a trial with Ottawa Fury didn’t lead do a contract.

“I trialed with the Fury and I was supposed to be called back for pre-season, but there was no pre-season,” Djaozandry said, latyer joking that Ottawa is a “lucky place” for him.

Djaozandry is the fifth confirmed signing for Mista’s Year 1 side, joining Ben Fisk, Malyk Hamilton and others.

As one of many Canadian prospects who was on the fringes of making their pro debuts, Djaozandry is finally realizing his dream, but there isn’t much time to celebrate, as he is set to arrive in Madrid on Tuesday.

“I just need to focus on my soccer, my playing, and be a compliment to the other players,” Djaozandry said. “This is my chance to prove myself.”

Oh, and just don’t get distracted by the bright lights of the Wanda Metropolitano Stadium.

“I just want to be focused and try not to mind that I’m at Atlético Madrid,” Djaozandry joked.