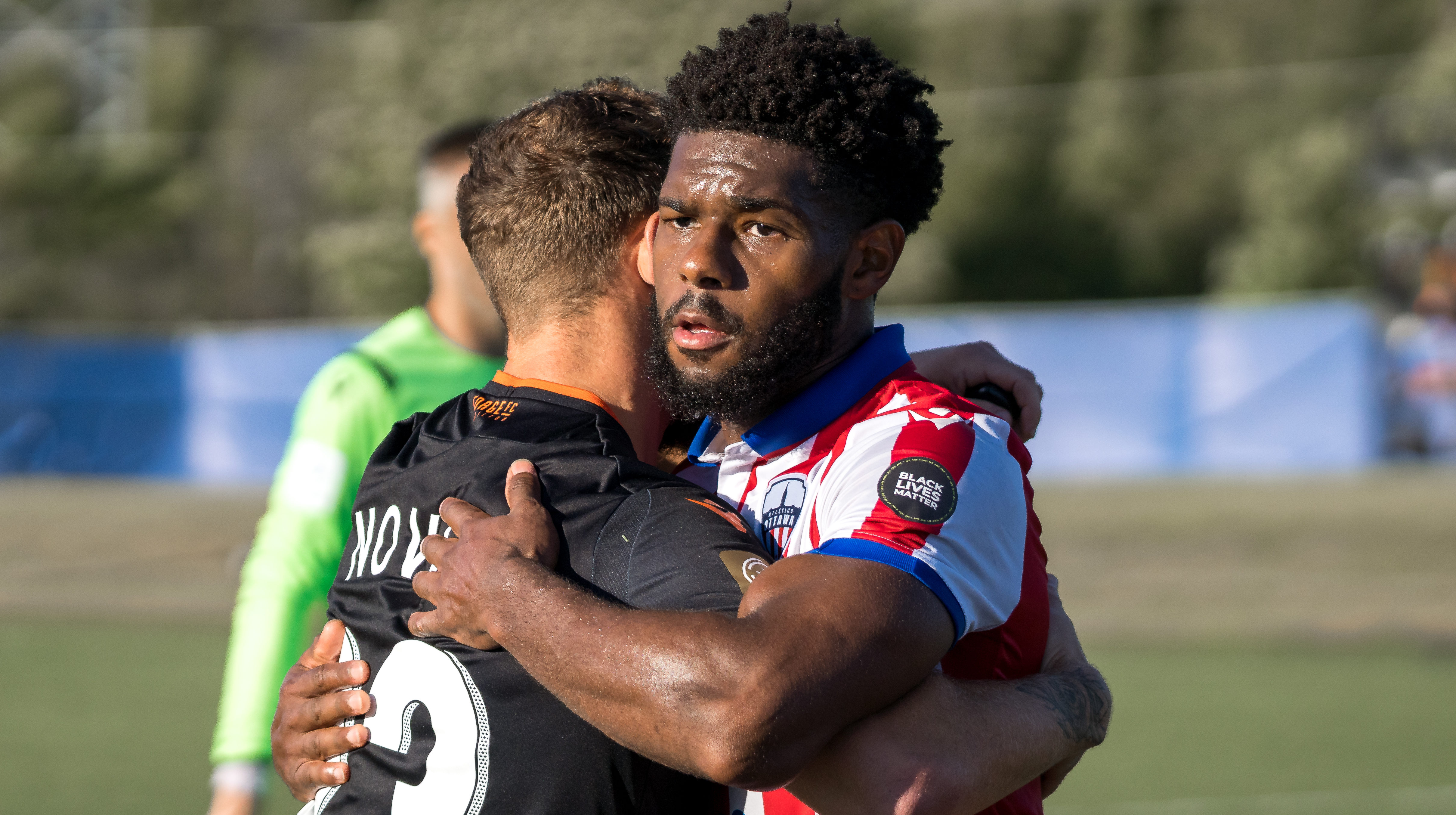 Brandon John is coming back to the nation’s capital for the 2021 CPL season after re-signing with Atlético Ottawa on Thursday.

A 26-year-old native of Scarborough, Ont., John featured in all seven matches for Ottawa at The Island Games, emerging as a consistent defender for all but 12 minutes in the club’s inaugural campaign.

“John is essential to our backline and had a great performance in his first year in the CPL,” Atlético head coach Mista said in a media release. “He has demonstrated his commitment to the team and I have no doubt he will be one of CPL’s best centre-backs.”

John arrived in the CPL via Orlando City B in USL1 after making 10 appearances in 2019, and he also featured for Vaughan Azzurri of League1 Ontario and SIMA Águilas of USL League Two before that.

John was part of Toronto FC’s Academy until 2014 when he moved to Germany where he played for Erzgebirge Aue. He’d go on to make 24 appearances for the second-tier side’s reserve team before a short stint with the Seattle Sounders’ reserve side

“After seeing the support from the fans to have us back playing in Ottawa and speaking with the staff about the kind of team they’re trying to build here, I don’t think there is a more exciting place to play in the CPL,” John said.

Born in St. Vincent and the Grenadines, John made three appearances for Canada’s youth teams (at U-20 and U-23 levels) and trained with the senior men’s side in 2017.