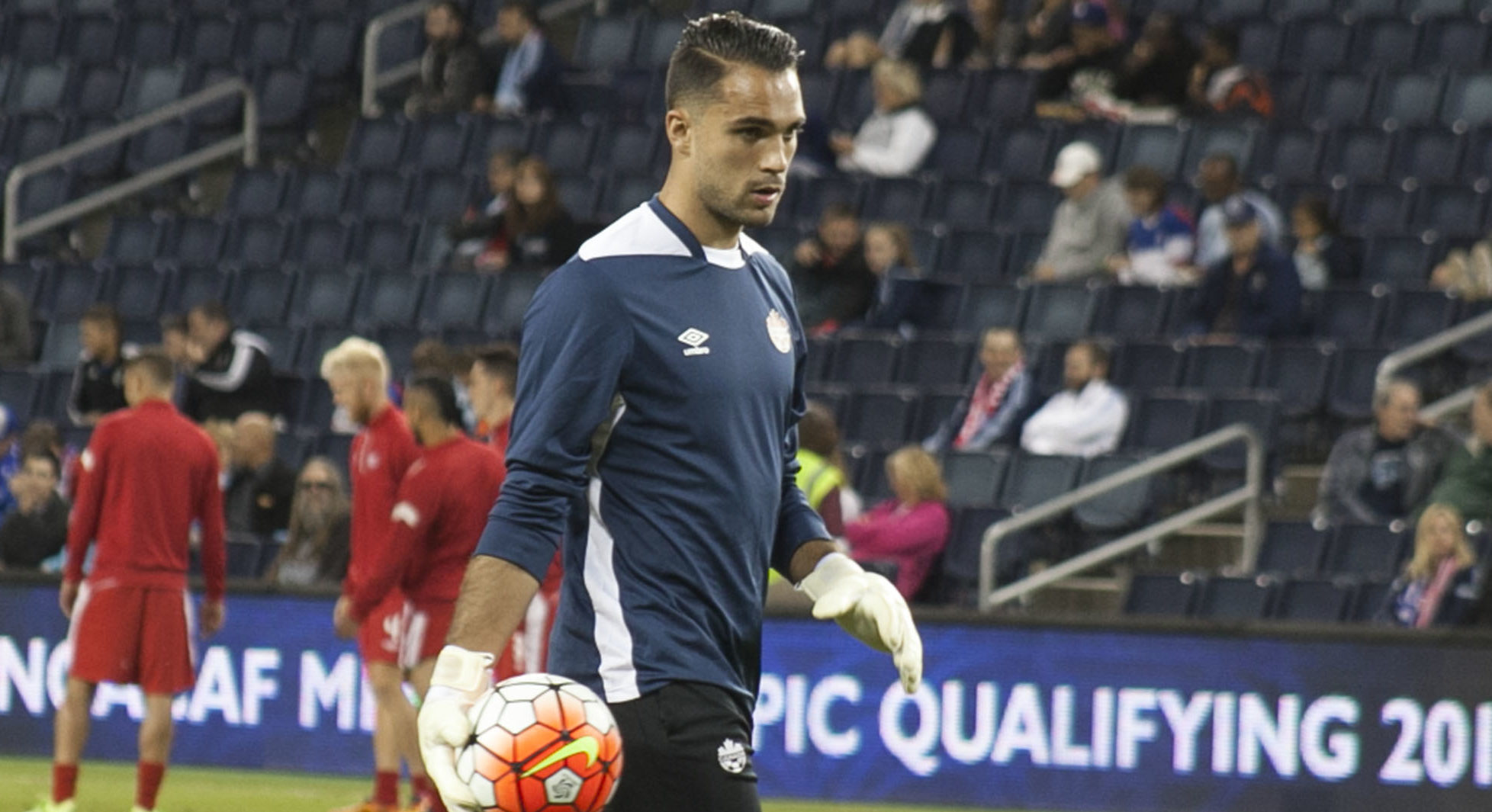 Atlético Ottawa made two more moves on Tuesday as it prepares to open training camp in Madrid this week.

Goalkeeper Ricky Gomes and fullback Michel Djaozandry were unveiled as the club’s latest signings, bringing the club’s inaugural roster up to six names.

Gomes, 26, returns to Canada after moving from his native Kitchener, Ontario to FC Porto in Portugal as a teenager. Gomes would go on to play in other Portuguese youth teams, while also participating in Canada’s national team youth setup – starting in 2012 as an 18-year-old.

He was part of Canada’s squad at the 2013 Concacaf Under-20 Championship and played for Canada’s under-23 team at the 2015 Pan Am Games held in Canada.

Gomes last played for União Madeira in Portugal’s third tier. He has also represented Deportivo la Coruña B in the Spanish fourth division, and Arbroath FC in Scotland.

“We are very happy to have Ricky with us,” club CEO Fernando Lopez said. “He is an incredible goalkeeper with a large international career that will help us to strengthen a key position in our team. We can’t wait to see him on the pitch saving our goal.”

Gomes admitted playing pro soccer in his home country is dream come true as he “never envisioned Canada having a professional soccer league.”

“Growing up it just wasn’t something you thought about — that’s why I left Canada at 14,” Gomes said. “It’s safe to say that signing for a club owned by Atlético de Madrid in the nation’s capital in the Canadian Premier League is well beyond any of my wildest dreams growing up as a Canadian kid playing soccer.”

Djaozandry, 22, last represented Montreal Impact Academy, where he accumulated 22 appearances across three seasons in the PLSQ. Most recently, the Trois-Rivieres native was on trial with the Ottawa Fury.

Djaozandry, who can play as a fullback and a winger on both sides, first appeared on the CPL radar in 2018 during the Montreal Open Trials, where he made the second-day cut-off. He had been known in Canadian soccer well before that, making a Canadian U-18 identification camp at 17.

“I worked so hard for this moment… and it came out of nowhere,” Djaozandry said. “I’ve made my list of all the things that need to be done. I just need to focus on my soccer, my playing, and be a compliment to the other players. “This is my chance to prove myself.”