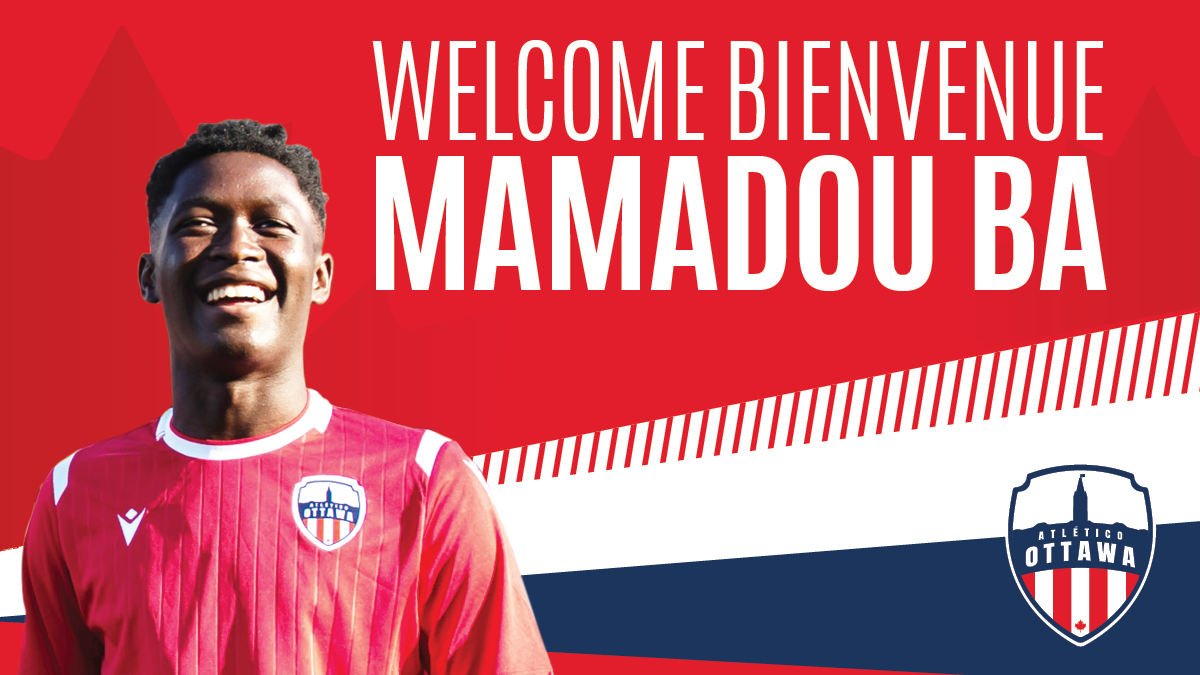 Atlético Ottawa announced on Friday that it had officially signed local Futuro Academy product Mamadou Ba to a Canadian Development contract. The hardworking student of the game got his first taste of professional soccer on Wednesday night when he dressed with the Atléti for the match against York United FC.

“I was very excited when I heard I would be joining Atlético Ottawa,” offered Ba on the day after his call-up. “It was always my dream to play on a pro team, but the fact that the pro team I’m joining is in my hometown made it that much better! Being able to represent my city alongside my ex-academy teammate (Antoine Coupland) meant a lot to me. And being able to have my family and friends there during my first game was truly special.”

Mamadou Ba joined Futuro Academy in 2018, barely making the bench of the U16 team. He has since taken every opportunity to learn and develop as a player, often staying behind at the field to get more touches on the ball or calling his coach to discuss scouting and match preparation. His dedication and drive have earned him a training spot with Atlético Ottawa on a few occasions this summer before getting the call for the match this week.

Ba becomes the second young talent to join the club under a Canadian Development tag this season, a distinction that allows an amateur player under the age of 18 the opportunity to be included in a professional club’s roster without losing his ability to train and play with his local team. Like Jaeden Mercure earlier this season, and to some extent Antoine Coupland before them, Ba will become a figurehead of the grassroots connection and pathway to the pros developed through the Powered By Atlético Ottawa development program.

Atlético Ottawa enters the second half of its 2021 season with two more matches at home at TD Place, starting on Wednesday, September 8 against Forge FC.