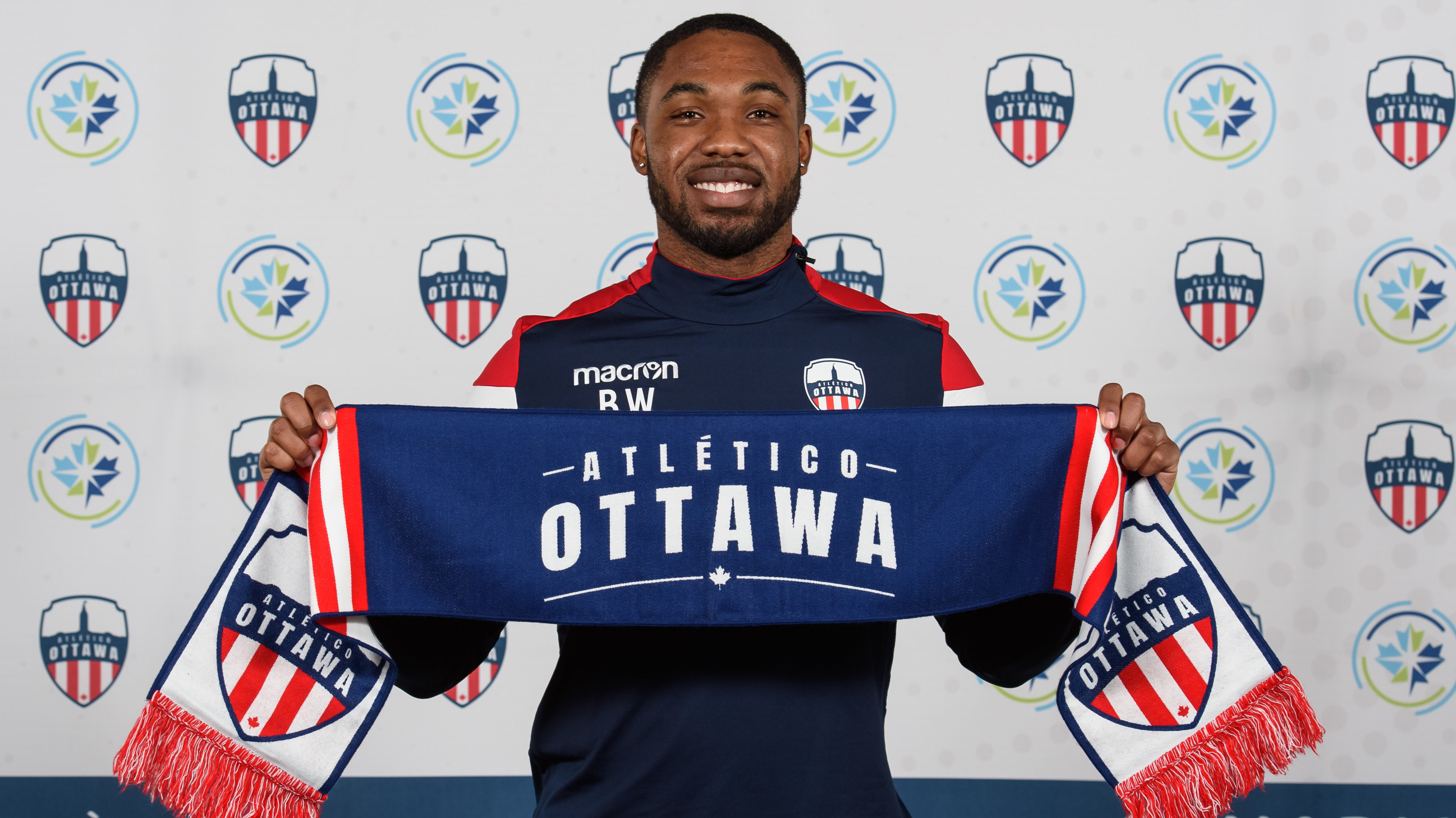 Former MLS SuperDraft pick and USL Championship standout Brian Wright has been signed by Atlético Ottawa for the 2021 CPL season.

Wright, 26, was recently released by USL side Birmingham Legion after scoring nine goals and adding three assists over two seasons – one on loan from MLS side New England Revolution, which drafted him in the first round (20th overall) of the 2017 MLS SuperDraft.

Described as a physically imposing centre-forward, the Ajax, Ont. native made 18 appearances for the Revolution in both MLS play and the US Open Cup, scoring twice.

“We will look to Brian to be one of the top strikers in the CPL, his strong presence combined with his physical and technical abilities make him a constant threat and difficult to defend,” Atlético Ottawa CEO Fernando Lopez said. “Bringing in a player like Brian, with MLS and USL Championship experience is key to sustain the pillars of our success. Brian will be a force to be reckoned with, that can score many goals and contribute to the objectives of our club.”

Before joining MLS, Wright was a standout with the University of Vermont Catamounts, scoring 39 goals in 80 games from 2013 to 2016. Wright also spent time on loan at USL side Tulsa Roughnecks in 2017.

“I am ready to learn as much as possible under Mista and the coaching staff,” Wright said upon signing with the club. “We are lucky to be able to be in Madrid, Spain training at these world-class facilities during such a tough time. The team is coming together well, and we are working hard to prepare for the season. We can’t wait to see the fans and show them all of the work we have put in.”

Atlético Ottawa is currently in Madrid for its pre-season with parent club Atlético Madrid.