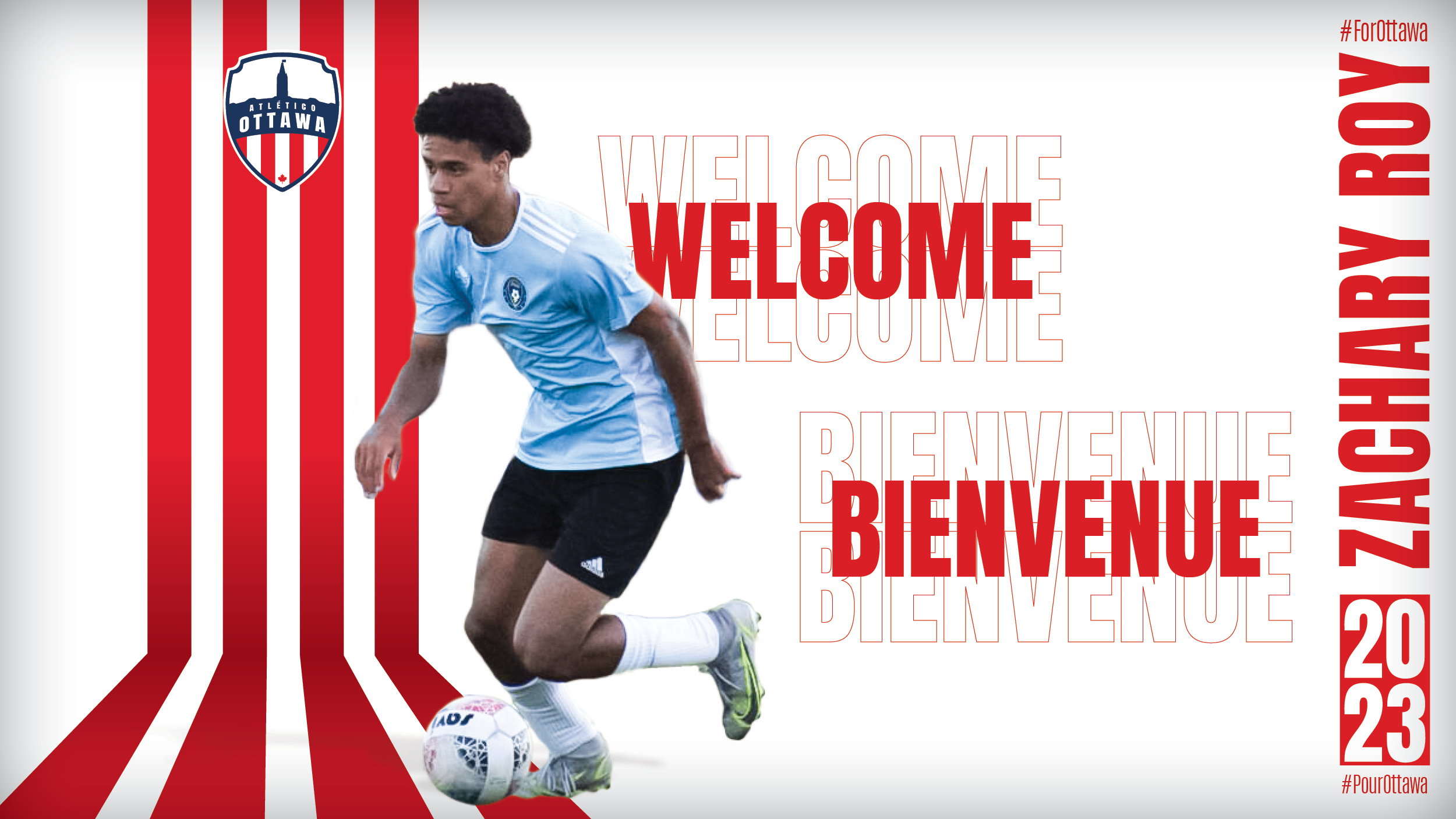 Atlético Ottawa announced on Friday it had signed youngster Zachary Roy, a defender from St-Bruno, QC, ahead of the 2022 season.

Zachary Roy is a 2nd-year social science student at the Champlain Saint-Lambert College and becomes the second Cavalier to sign a professional contract with Atlético Ottawa ahead of the 2022 season, joining teammate Zakaria Bahous. Roy is a 5-foot-11 defender who, in addition to his time as a member of the CCAA team, featured for CS St-Hubert in the Première ligue de soccer du Québec (PLSQ).

“I am proud to represent the team from my country’s capital and I know that this club will make me grow tremendously and reach my dreams,” offered Roy of the signing. “Thank you, Ottawa!”

“Zachary is still very young, but has shown so much potential already,” commented López. “He is the definition of a modern full back, one that loves to get forward and join the attack. We’re excited to see what he can develop into over the coming years.”

Roy, identified as an up-and-coming talent, has been signed to a two-year contract, with an option for 2024.

Atlético Ottawa announced on Friday it had signed veteran goalkeeper Sean Melvin, from Victoria, BC.

Melvin, a 27-year-old goalkeeper, played his youth soccer with Victoria United Metro before joining the Vancouver Whitecaps FC Academy. He attended UNC Wilmington from 2013 to 2015, where he featured in 43 matches and earned the role of number one starter in his final season with the Seahawks. During that time, he also played with the Vancouver Whitecaps FC U-23 side and the Calgary Foothills in the PDL. He also spent time with the Whitecaps FC 2 and Fresno FC in the USL in 2016-2017.

His professional career took off in April 2018 when he signed an MLS Homegrown contract with Vancouver Whitecaps FC, although he did not start a match with them, acting as a backup in 10 matches, including a Canadian Championship game. In 2020, he signed with USL Colorado Springs Switchbacks FC, and, after a shortened 2020 season, went on to start 25 matches, playing 2,250 minutes, collecting four clean sheets, and maintaining a save success rate of over 66%.

“I’m very excited to be joining Atlético Ottawa,” offered Melvin. “I’m looking forward to meeting everyone at the club, all the fans and getting the season started! I can’t wait to experience the Nation’s Capital and fight for a championship.”

“Sean is an athletic goalkeeper who can cover a lot of the net,” described Atlético Ottawa’s CEO, Fernando López of his new net-minder. “He’s demonstrated his ability to take command of the play and keep his backline organized. We’re excited to see how Sean and Nathan [Ingham] can push each other and help this team be the best it can be this season.”

The 6-foot-4 Melvin, who adds experience and versatility to Atlético Ottawa’s squad, signed a one-year contract, with an option for 2023.