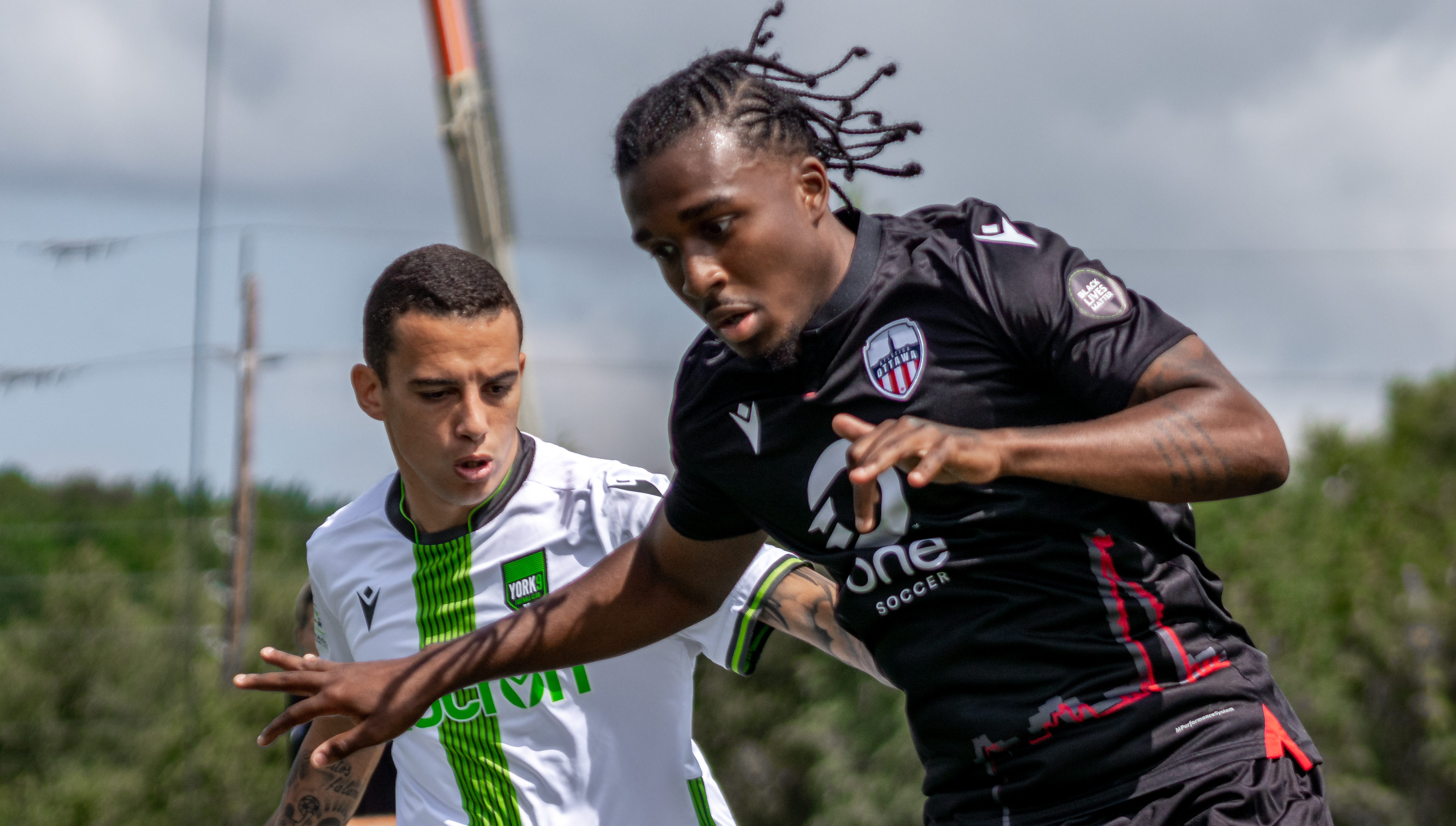 For many international players, the 2020 Canadian Premier League season was downright isolating. COVID-19 prevented them from seeing family and friends while staying isolated in a brand new country they couldn’t fully experience.

From catching the last flight to Canada to facing a pandemic during his first time away from home, Atlético Ottawa’s English fullback Vashon Neufville went through the wringer, too. But the COVID-19 pandemic, its effects, and Ottawa’s bizarre inaugural CPL season haven’t scared off the 21-year-old, who recently re-signed with Ottawa.

“I just like how I was treated with Ottawa, to be honest,” Neufville told CanPL.ca from his home in London. “From the coaches down – everyone was so nice to me. Which was great since I was away from family for so long. They made it easier for me.”

Last March, Neufville and the rest of Ottawa squad set up at parent club Atlético Madrid’s campus for training camp in Spain. A once-in-a-lifetime opportunity quickly turned sour, with the pandemic setting the backdrop and creating an inauspicious start to Neufville’s CPL adventure.

“Those days in Spain were hectic – from the added security at training to catching the last flight to Canada,” Neufville recalled.

Back in the nation’s capital after returning from Madrid, his time in self-isolation in Ottawa had some bright spots, including bonding with teammates Ben Fisk, Francisco Acuña and Nacho Zabal

“We’d all cook for each other, play games and hangout,” Neufville said. “Just to have a big family meal meant a lot.”

Neufville made five appearances for Ottawa at The Island Games and even assisted on Mohamed Kourouma on the club’s inaugural goal against York9 FC, now York United, before being ejected after a second yellow card. Neufville stood out especially in attack, finishing second among CPL defenders in expected assists (ExpA) with 0.74 (behind Dominick Zator of Cavalry FC). Vashon also ranked in the top ten in percentage of passes played forward (59 per cent), showing a propensity to get forward and create.

Ottawa’s style of play matched Neufville quite well; emphasis on attacking width with fullbacks expected to offer critical passing options in buildup play. Neufville linked up well with players such as Acuña and Fisk.

“It was bizarre to play the first game and get that first assist for the club, to be honest,” Neufville said. “I hadn’t played football in such a long time, and there was quarantine and all that.

“I like playing with the ball on the floor, not kicking it long all the time. That was something that appealed to me with Ottawa because at West Ham that’s how we did things. That was how we played and that’s the type of football I like to play.”

He first cut his teeth with Chelsea’s youth system before moving to West Ham’s famous academy where he signed his first pro contract in 2016 as a 17-year-old. There, he learned at the same place English Premier League legends Frank Lampard, Joe Cole, Jermain Defoe and Michael Carrick did before eventually earning a professional debut for League Two side Newport County.

Neufville was left impressed by the level of competition in the CPL, adding they play “real football” in Canada: “Everyone plays the game properly here – there’s no Stoke.”

“There’s a lot going on in a place like Ottawa, which makes me feel at home,” recalled Neufville, who lives downtown. “Now, a place like Prince Edward Island is a different story – I’d feel out of place living there for sure.”

Anticipating his return to Ottawa, Neufville seems right at home with the idea of properly enjoying the nation’s capital, save for skating the Rideau Canal.

“I can skate, just not as good as those ice hockey players,” Neufville said as a joke, adding Atlético Ottawa likely won’t see him commute to TD Place using a pair of skates.

“I still can’t believe people actually skate to work there.”