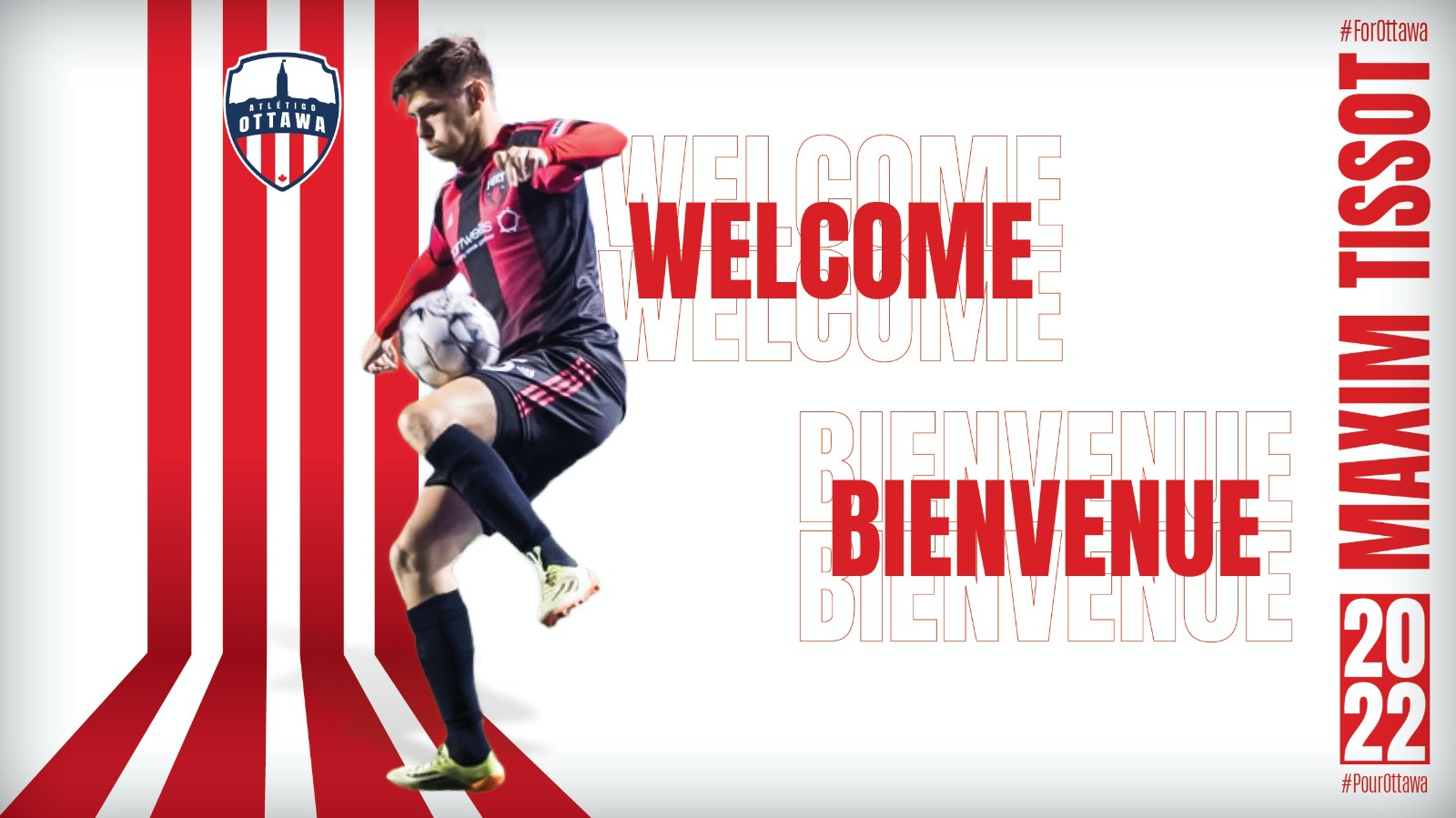 Atlético Ottawa has begun revealing the new faces coming to its 2022 roster on ATO Signing Day, as they announce a flurry of signings on Wednesday.

Six players have been revealed as the club looks to build a strong squad for the coming Canadian Premier League season.

We’ll keep you updated with each signing, as they come out, right here.

RELATED: CPL off-season roster tracker: Who’s in and who’s out for 2022?

Ottawa’s final signing of the day is a familiar face to those in the nation’s capital. Tissot played three seasons for the Ottawa Fury between 2016 and 2019, and he also has experience in MLS with Montreal. He played for Forge FC in the CPL the last two years, contributing to their 2020 championship.

Tissot hails from Aylmer, Quebec, in the National Capital region, and the 29-year-old midfielder will be hoping to provide some stability to his hometown club this upcoming year.

Alemán, a Costa Rica-born Canadian international, comes to Ottawa after prior CPL stints at FC Edmonton and, most recently, Valour FC. He played 24 games in 2021 and contributed three goals and four assists, playing an important creative role for the squad.

The 27-year-old attacking midfielder has four Canadian national team caps to his name, and he has played at a number of levels around the world, including in Costa Rica, the United States, and Spain.

Ottawa have secured their number one goalkeeper for 2022 with former York United shot-stopper Nathan Ingham. The 28-year-old Keswick, Ontario native was one of the top at his position in the CPL in his three years at York, with 17 clean sheets across 62 games for the club.

He has previous experience with the Pittsburgh Riverhounds in USL and FC Edmonton during their time in NASL, plus a strong NCAA career with Florida Gulf Coast University.

Bassett, a 23-year-old attacking midfielder from England, is a familiar face to CPL fans. He spent 2021 with Pacific FC, helping them win the league championship and making 20 appearances, providing two goals and three assists. He also won the CPL Fan Awards assist of the year for a tricky cutback pass to Marco Bustos against York United.

The former Aston Villa academy player and Northern Ireland international is a talented left-footed attacker, with the ability to line up either in the middle or on the wing.

Bahous is a 20-year-old midfielder hailing from Longueuil, Quebec, joining Atlético Ottawa on a two-year deal with a club option for a third.

He spent the previous four seasons playing Canadian college soccer for Champlain Saint-Lambert, being named the CCAA’s player of the year in 2021. He scored 10 goals in nine games this past year, captaining his side and leading them as a skillful central midfielder.

The first signing of the day was Cameroonian centre-back MacDonald Ngwa Niba, who comes to Ottawa from Finnish side KuPS. He has previous experience in Hungary, Greece, and Slovakia, as well as a stint with the North Toronto Nitros of League1 Ontari (earning the league’s defender of the year award in 2016).

Niba, a 27-year-old defender, is a Canadian permanent resident and has signed a two-year deal as a domestic player with Atlético Ottawa.