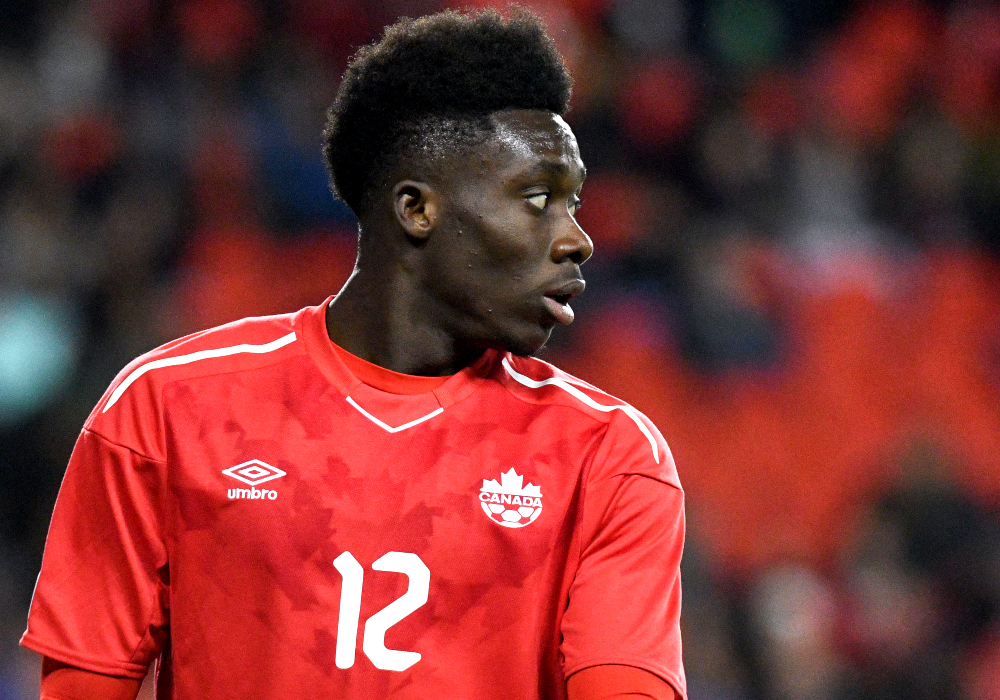 Bayern Munich forward Thomas Muller and goalkeeper Manuel Neuer have been left rather impressed by Alphonso Davies after the Canadian youngster completed his first winter training session with Bayern Munich at the Aspire Zone in Doha, Qatar.

The two iconic Germany internationals weighed in with positive remarks about 18-year-old Davies, who joined the Bavarian giant in January following a $22-million move from the Vancouver Whitecaps.

While Davies has yet to suit up for Bayern, the versatile attacker Muller said there’s “good reason to be excited” about Davies’ potential.

“He’s a funny guy, he is very energetic and explosive and has a good left foot,” Muller said of Davies in a video posted by Bayern Munich on Sunday.

“He has skills others don’t and is certainly a man for the future.”

Neuer, too, praised Davies’ attitude in training, calling the Canadian “a very positive guy who approaches the other players” and added that Davies is “easy to get to know.”

“He is completely integrated into our team,” Neuer said. “We hope he can help us.”

While he has earned the early marks of respect by his teammates, Davies will need to impress manager Niko Kovac if he hopes to see meaningful minutes on the field come gameday.

To that end, Kovac also spoke highly of his club’s newest signing, stating that Davies “has great potential.”

“He is very talented and was voted player of the year in his country,” Kovac said of Davies.

“He adapted quickly, he has integrated into the team well and he is a nice young man.

“We need quality – that’s why he’s here … and the sooner the better.”

Bayern Munich returns to Bundesliga action on Jan. 18 away to 1899 Hoffenheim following the conclusion of the league’s winter break.

The Bavarian outfit also takes on Fortuna Düsseldorf in a friendly training fixture five days prior to kicking off the season. This match could provide Davies his first run-out in a Bayern kit.