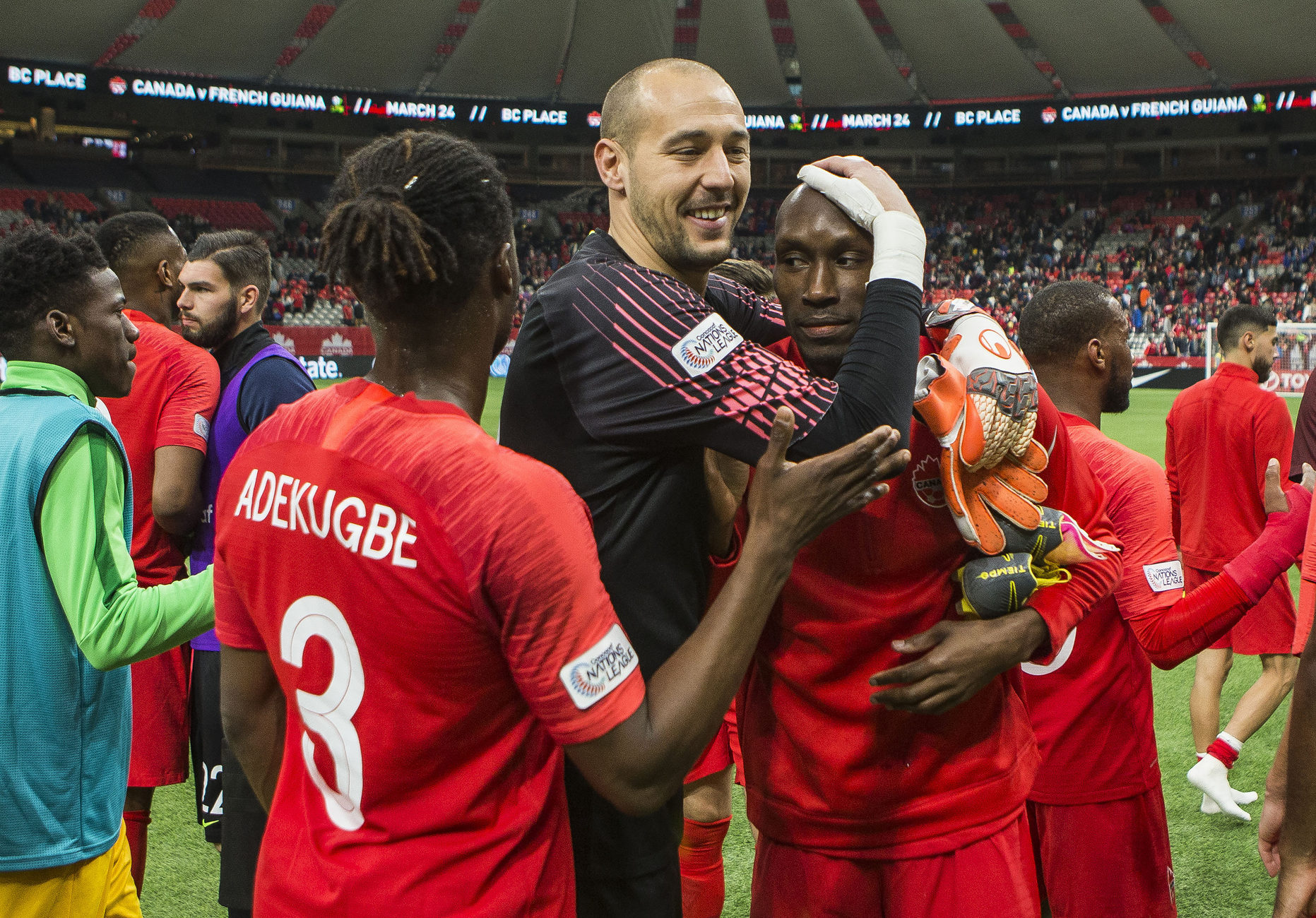 The bar has been raised for the Canadian men’s national team.

Herdman is now 5-for-5. His team is scoring goals in spades. Life is good for Canada.

Credit must go, of course, to the English tactician, who has managed to successfully stave off any doubts anyone might have had about him.

Stepping into a new team, regardless of circumstance, is never easy. But Herdman quickly put his stamp on this new outfit.

That’s no easy feat – ask any manager of Brazil, ever.

And so, here we stand, proudly showing off a perfect win record in this Canadian honeymoon period, where a confident, hungry and ambitious national team stands mightily atop the pile in CONCACAF Nations League Qualifying (well, almost – Haiti technically finished first on goals scored, the third decider).

Now, for some sobering perspective … please, don’t confuse it for buzzkill.

There is a truth that must be said out loud, cutting through the chorus of Canada’s deserved celebrations: This team hasn’t been truly tested yet. Canada has taken on and brushed aside minnow outfits who put on the sort of footballing displays one might expect from small island nations with smaller populations and even smaller budgets for resources and training.

An 8-0 wallopping of the U.S. Virgin Islands followed by a 5-0 win over Dominica just about sums up the enormous gulf in quality between Canada and some of its CONCACAF Nations League Qualifying opponents. On paper, these results would and should be classified under “meets expectations” and while a perfect grade is a perfect grade, it shouldn’t be a surprise when the test is many grades below the standard Canada has chased for decades.

That’s not to take for granted the enormity of this feat. Canada has historically floundered in both the “aww, shucks” and “oh dear no” sort of ways when faced with straightforward billings.

So, it’s a job well done and a slice of pizza well-earned for the boys. Hold the anchovies.

Still, if Herdman is leading us along on his warpath to greatness, we are no longer shooting at immobile sandbags with painted targets on their burlap-sack chests.

Now’s the real stuff. Sink your teeth into it, ladies and gents. We’re in the trenches.

With a Gold Cup in the summer and Nations League A tilts against the likes of the U.S., Mexico and the rest of the Hexagonally-friendly Caribbean sides awaiting Canada in 2019 and beyond, the path to a 2022 World Cup berth must be paved in even greater accomplishments.

The standard of play has been raised through Canada’s cohesive and comprehensive early showings; those intricate passing movements, seamless transitions, and bountiful goal tallies will soon be replaced, however, with dogged midfield battles, bamboozling opposition-spun stanzas, and the sort of last-gasp heroics that Greek playwrights would marvel over.

How will Canada cope?

That’s the question Herdman will be asking himself.

Can his players, with their character and their resolve and their boundless potential meet the raised level of competition that now awaits them? And, simultaneously, can they meet – nay, exceed – the raised expectations they have brought about at home, with the eyes of a nation now upon their red-clad backs?

Because, eventually, Canada will lose. And Canada will also draw, whether in goalless stalemates, heartbreaking finales or, even, through last-minute lifelines.

Unless Herdman is destined to mimic the likes of Pep Guardiola and become the author of his own autobiography “How I never lost a match with Canada,” then the inevitable conclusion we must draw is that this period of bliss – so very desperately needed and enjoyed by the forlorn and long-suffering Voyageurs and co. – will likely be replaced with a trialing period of hardship and uncertainty.

Herdman won’t lose sleep over the question (for now). This little saunter? It was the warm-up. And, yes, it was a positive one. But Canada’s ability to rise to this next challenge and prove itself consistent in its play and in its work-rate? That’s how this team will define its identity.

That’s the next stage in this metamorphosis into a CONCACAF power.

For, with raised standards and raised expectations come even greater glories.