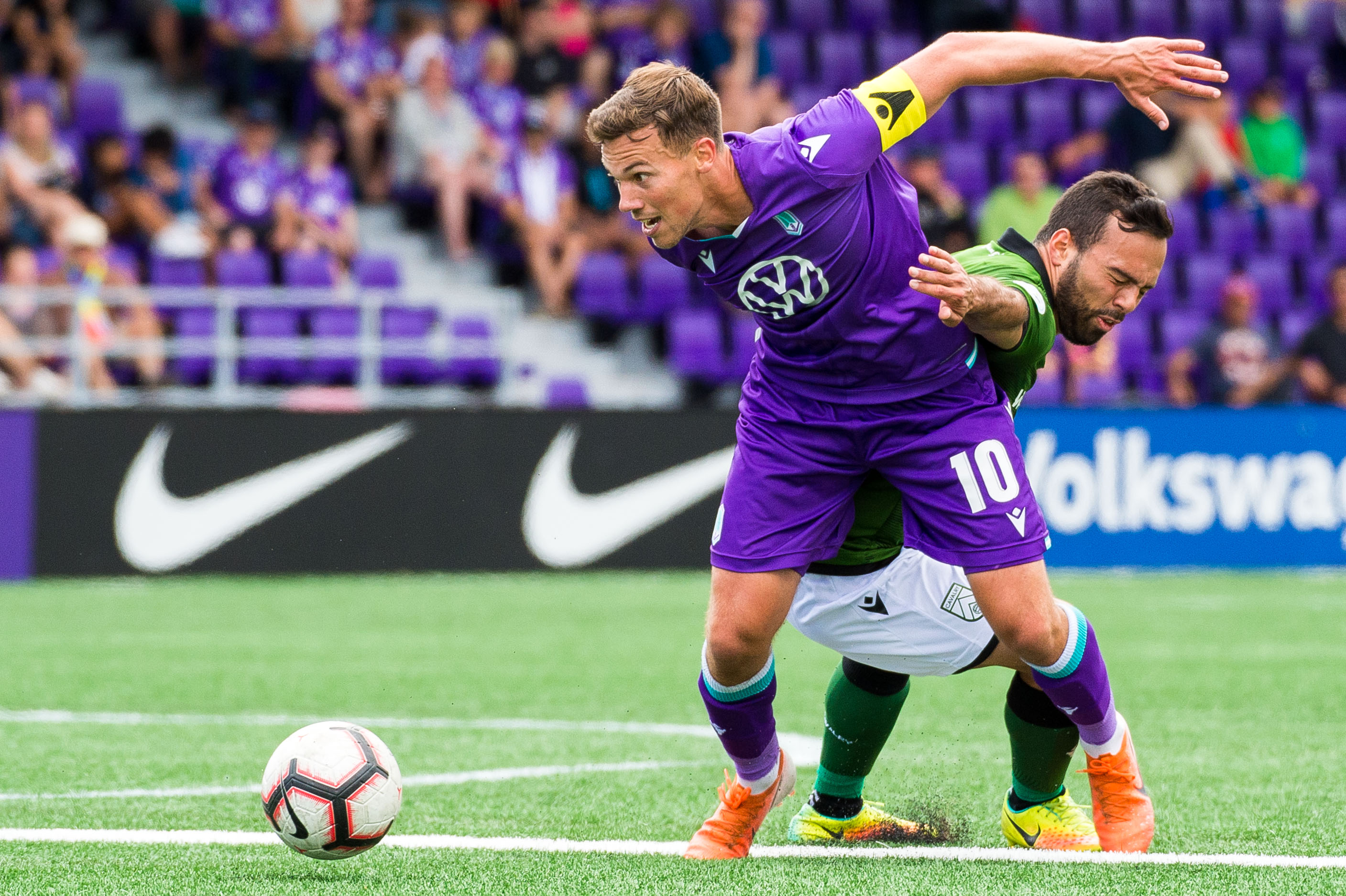 Job searching is a frustrating endeavour. You apply to job-after-job with no responses. Helplessness sets in.

But, that feeling is always worth the “overwhelming” moment: two or three interviews all at once – maybe even offers – and that dream job seemingly out of nowhere.

While Ben Fisk wasn’t actively searching for a job, Ottawa’s belated arrival to the Canadian Premier League is the out-of-the-blue professional opportunity.

“There was this thought of, ‘this is where my career needs to go,’” Fisk told CanPL.ca as he was unveiled as Atlético Ottawa’s inaugural signing. “Given how negotiations dragged out on the west coast, Ottawa team being announced out of the blue, and the Spanish backing, I felt like it was inevitable.”

Any employer would see Fisk’s resume and Ottawa’s needs in a front-facing inaugural name and see a ‘perfect fit’: veteran of Canadian soccer and the Canadian Premier League, captain pedigree, plays with European style and flair, and he even speaks Spanish.

“Beyond the offer, it was the idea of being part of something new and having more doors opened for my career,” Fisk said of joining the Club de Atlético de Madrid-backed expansion club. “Can’t say enough about the organization. How quickly they were in touch with me, almost right away. That makes you feel valued. You get a feeling you’ll be a massive part of the organization, whether you’re an inaugural player or not.”

Fisk’s decision to leave Pacific FC wasn’t an easy one. The British Columbia-born attacker made that clear when he teased his move to Ottawa to CanPL.ca, leaving a club where scored six goals and tallied five assists in 24 league appearances (19 as a starter; 1,662 minutes) and often wore the captain’s armband for the during the 2019 season.

But, ultimately, his 2019 season was what caught the eye of Club Atlético de Madrid’s Fernando López, who will oversee operations for the CPL club.

“I really like him as person, apart from the technical side and what he does on the pitch,” Fernando López told CanPL.ca. “He was one of the key players for Pacific last year. We really liked his technical ability on the attacking side. We believe we need to be very strong at his position, with someone with good technique. Ben is very fast and a smart player, and we need that kind of player close to the goal.”

Walking the streets of Victoria on a sunny Wednesday morning, Fisk shows his admiration again: “I loved my year here. But with the other option on the table, it turned into a decision about my next five years. I love it here so much and I thought the longer I stayed here the harder it would be to leave.”

Oh, and 27-year-old is just about to go. First stop? Madrid and Wanda Metropolitano Stadium, for a month of pre-season at with the big club, Atlético Madrid: straight from Victoria to training camp at one of the world’s biggest clubs. Spanish-speaking Fisk is ready to be the “glue” for a team that has, well, has no pieces for him to stick to just yet, although but more Ottawa signings are expected this week.

“I’ve learned to embrace that role as a middle man – someone who can bring people together, something that’s already part of my personality.

This is a chance to do that on a bigger scale, especially with Spanish. I’ll be there to do whatever Mista needs and play whatever they need.

If the other 20-odd hires come together as nicely as their first, the rapidly-building Ottawan outfit will be in a nice spot.

“With the backing of Atletico Madrid, it’s hard to imagine this club being anything other than an immediate success,” Fisk told CanPL.ca. “Given my couple years in Spain, I thought I could be a leader for them and a bit of a bridge for the Spanish owners coming into a Canadian market.”

Fisk, as Ottawa’s inaugural signing, won’t step foot in the nation’s capital until April 7th – a week before the 2020 CPL season begins.