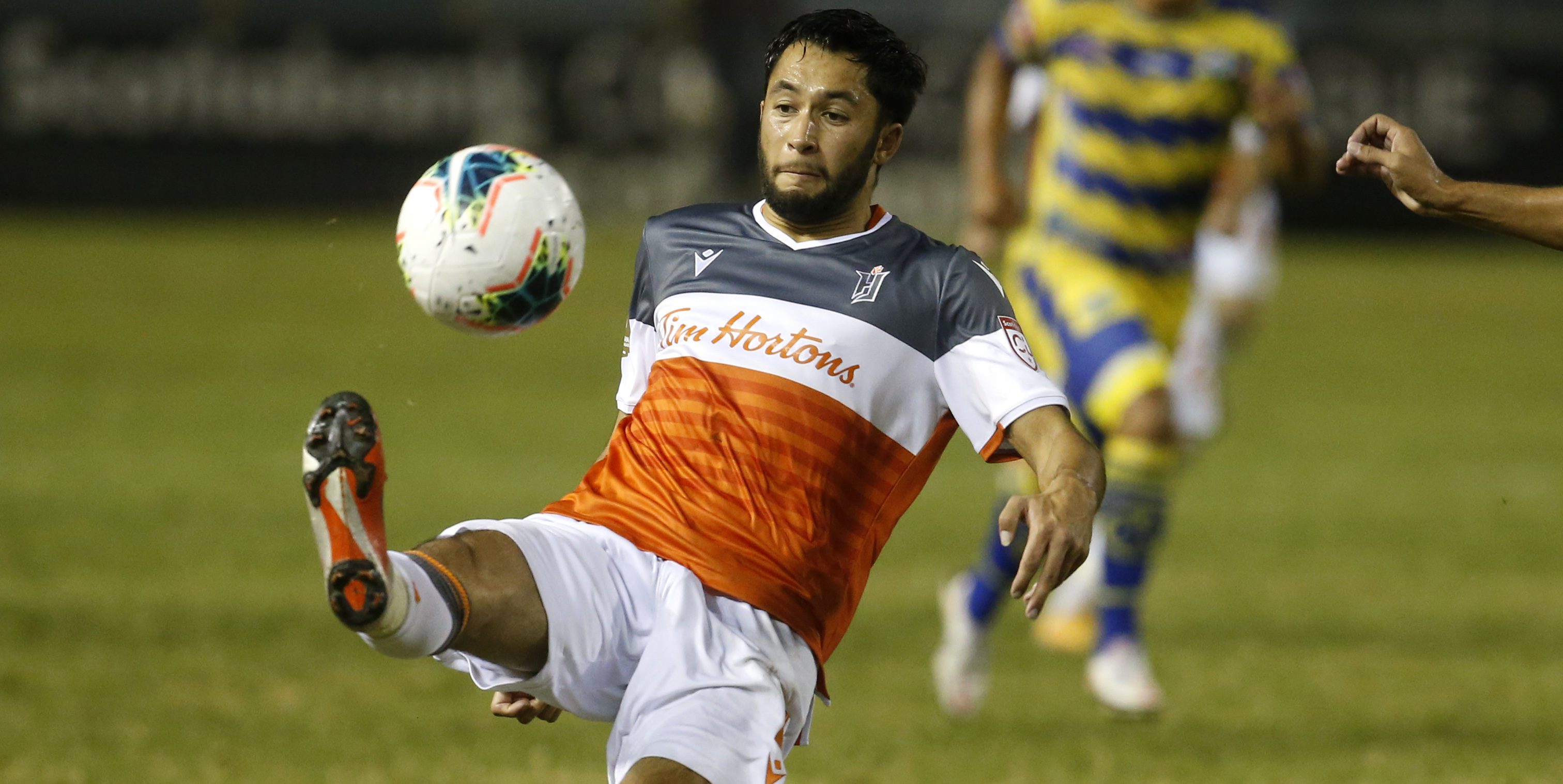 David Choinière seems to have a knack for scoring big goals.

He’s scored six in his Forge FC career; three of them have come in the Concacaf League, and a fourth sealed the Canadian Premier League title in Finals 2019.

The fifth, his goal against Atlético Ottawa at The Island Games, all but sealed his team’s qualification for the top four. Even Choinière’s only goal as a member of the Montreal Impact came in a Canadian Championship semifinal.

Choinière thrived in the spotlight again last month, banking his trademark “big game” goal much earlier than usual (the 21st minute rather than beyond the 85th) to give Forge a first-half lead in their Concacaf League match in San Salvador against Club Deportivo Municipal Limeño.

Starter, super-sub, however he’s deployed: Choinière seems to be there in the big moments.

“I mean, [laughs] I don’t know what to say about that. Everybody’s asking me, ‘Why do you always score in those big games?’ But I don’t have any answer. I just play my game, I try to do my best every time I’m on the pitch. Luckily I get the chance to score some big goals.”

Choinière admits the game against Limeño was a tough one. With humidity well over 90 per cent in Estadio Cuscatlán and an opponent intent on making them run through the thick air, Forge certainly bent a little.

“It’s just something that took us probably 15 minutes to get used to and start playing our style of play,” Choinière said of the Limeño match.

“But it’s something you get used to. It’s a different style of play; they’re a bit more aggressive, they leave a bit more space behind their backline. They’re tactically a bit less organized but they’re super aggressive in the duels, they leave everything on the pitch.”

Right now, he’s sizing up the opportunity to do it again. Forge set up base camp in Panama City this past week, adjusting to the hot climate on a training pitch that’s closer to the Equator than Hamilton is to Prince Edward Island. They’re eyeing a massive hurdle on Tuesday night in the round of 16 against Tauro FC, who pose an even stiffer test than Municipal Limeño.

After so long sequestered together, between this stint in Central America and the previous bubble experience at The Island Games, Forge have become an extremely close-knit group — “I think we’re too close now,” Choinière joked — and they’ve got serious designs on taking down some of the best sides in Concacaf.

A victory for Forge would vault them into the quarter-finals of the Concacaf League, giving them quite a reasonable shot at qualifying for the 2021 Concacaf Champions League — they’d need to either win the quarter-final, or win a play-in game against another team eliminated in the quarters. Getting to that point will be far from easy, though, against a well-established side that’s done well on this very stage before.

Against a side such as Tauro, Forge will probably need a moment or two of big-game magic. Luckily, that wouldn’t be anything new to a player like Choinière.