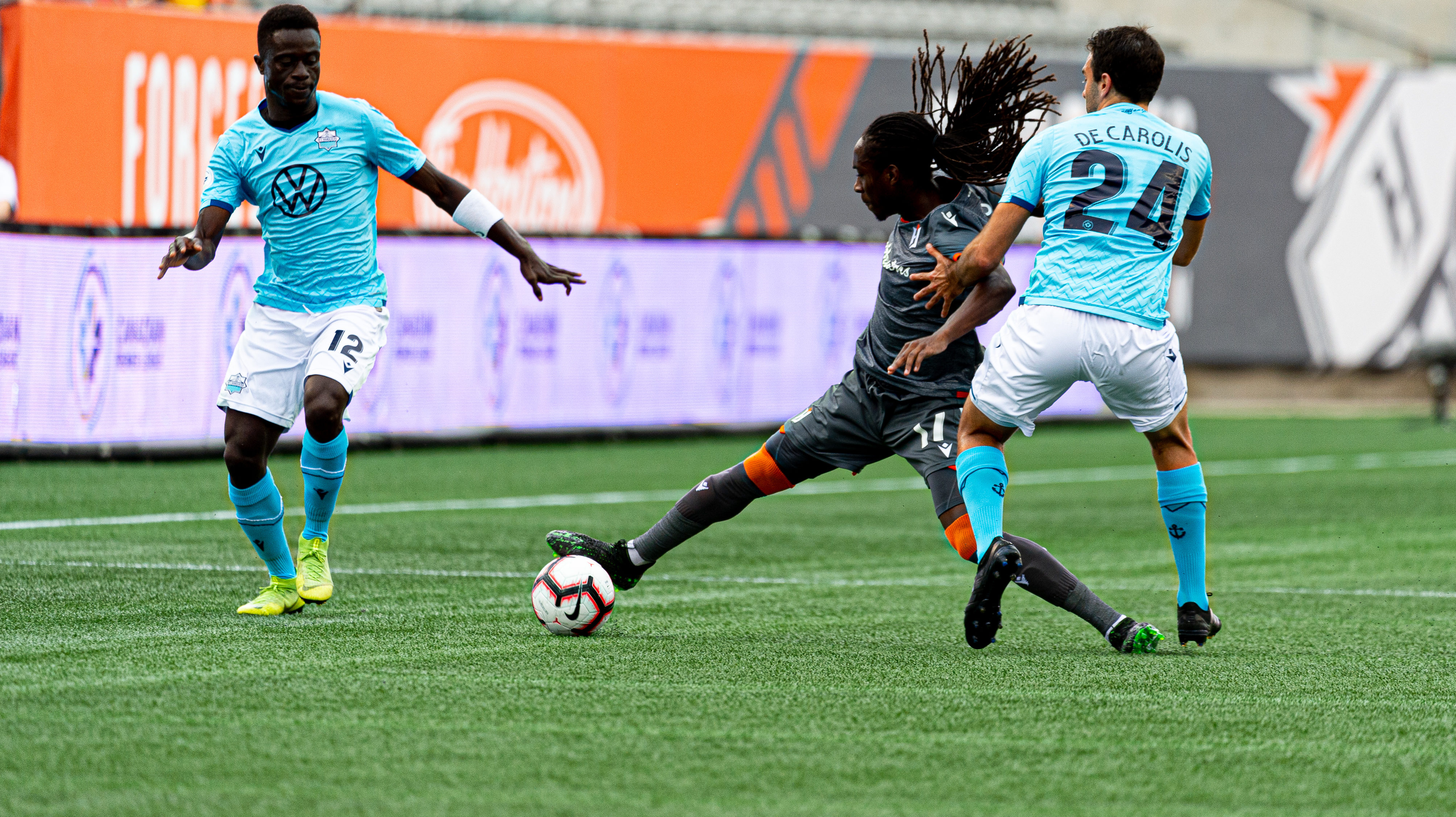 HFX Wanderers FC was 10 minutes away from pulling off the biggest upset of the Fall portion of the CPL season on Sunday, up a pair of goals on the league-leading Forge FC at Tim Hortons Field.

It was a classic best-versus-worst scenario: Forge, nine matches unbeaten and soaring at the top of the Fall standings, was facing a Wanderers team that sat bottom.

Despite the fairytale narrative, it wasn’t meant to be for the visitors, who were playing only their second match in over 30 days. Forge’s Tristan Borges converted in the 81st minute to keep his side’s blistering league pace and end proceedings tied 2-2 – a draw that will feel more like a loss for HFX.

“I think it was a little bit of panic,” HFX Wanderers coach Stephen Hart said of his side’s late-match collapse.

“We started to defend a little bit too deep.”

The Wanderers were all over Forge early on, especially in the first half. Akeem Garcia eventually scored to kick off a wide-open second half, and  Juan Diego Gutiérrez got in on the action with one of the best goals scored by an HFX player this season. Garcia led the team with four of seven shots on target.

Forge didn’t record a shot on goal until the 69th minute – one of many good omens for Hart, whose side collected just their third road point of the season.

“I know players won’t be happy with the result, they are going to think they lost some points here,” Hart told OneSoccer after the match. “But overall, we have to take it as a lesson.”

A chance for revenge comes in just three days for Hart and HFX when they complete a home-and-home with the league leaders at Wanderers Grounds in Halifax (Wednesday, 5:30 p.m. ET, 6:30 p.m. AT, on OneSoccer).

“Not that I would like to see them again in three days,” Hart said dryly. “We have a game to go home and deal with.”