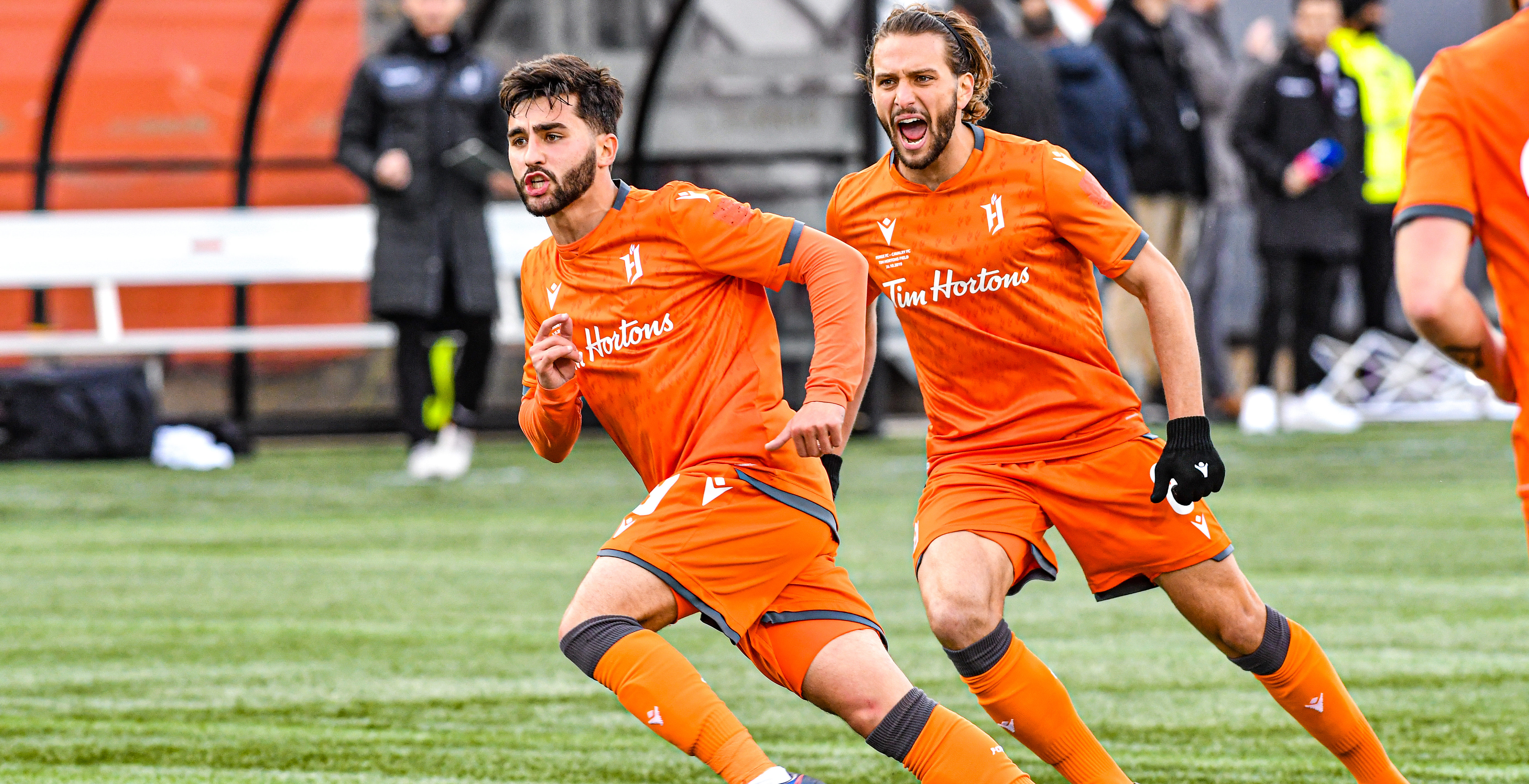 The Canadian Premier League on Tuesday unveiled the finalists for its end-of-season individual player and coaching awards, and Forge FC’s Tristan Borges could walk away as the big winner when the hardware is handed out later this month.

Borges is one of three nominees for the Player of the Year honour, alongside Forge teammate Kyle Bekker, and Cavalry FC striker Dominique Malonga.

Having already claimed the Golden Boot, Borges is also a nominee for the Best Under 21 Canadian Player of the Year. He’s up against Pacific FC forward Terran Campbell and York9 FC fullback Diyaeddine Abzi.

The Golden Glove, which goes to the CPL’s top goalkeeper, will be contested between Cavalry’s Marco Carducci, York9’s Nathan Ingham and Connor James of FC Edmonton.

Bobby Smyrniotis of Forge, Tommy Wheeldon Jr. of Cavalry and Y9’s Jim Brennan are the finalists for Coach of the Year.

The awards take into account the nominees’ performance for the full 2019 CPL season (Spring and Fall) as well as both legs of Finals 2019. The winners will be selected by a judging panel comprised of media writers and reporters from across Canada.

The five awards will be handed out at the 2019 CPL Awards ceremony in Toronto on Nov. 26.

Borges finished 2019 with 13 goals, just ahead of Malonga and Campbell (11 goals each) in the league’s scoring race, and he has to be considered the top contender to win the Player of the Year honour.

“He’s definitely done everything in his ability to become a star in this league, to be the best player in this league. His future is bright,” Smyrniotis said of Borges after his team’s 1-0 win over Cavalry FC in Leg 2 of Finals 2019.

Bekker was one of the top playmakers in the CPL this season, recording five assists and playing a starring role in Forge’s championship campaign.

Malonga was a key cog in Cavalry’s run towards winning both the Spring and Fall campaigns.

Carducci finished tied with Forge’s Tristan Henry with nine clean sheets this season, while Ingham led all goalkeepers with 89 saves, just ahead of James (second place with 68 saves).