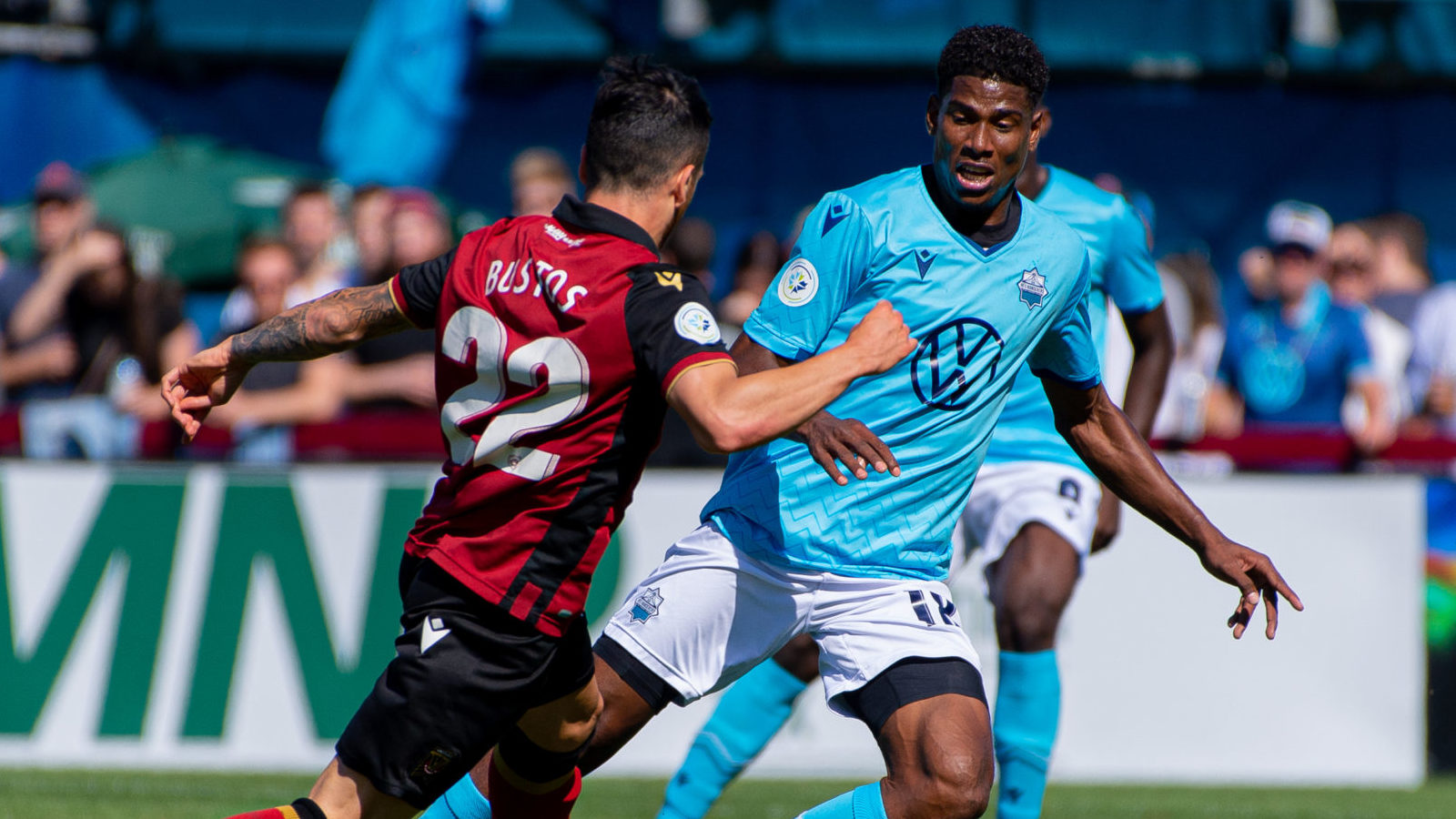 For CPL fans of teams not named Forge or Cavalry, Saturday’s slate of games was bittersweet.

The five sides that won’t be competing in the Canadian Premier League Finals saw out their inaugural seasons, as fans (both home and visiting) celebrated year one in York Region, Calgary, and Victoria.

As two teams turn their focus to Finals 2019, supporters of the other five clubs may be looking for some reason for optimism (aside from the fact that, well, they have a professional local soccer team to cheer for).

We sifted through some year-end data from Sportlogiq to pick out one promising figure for each CPL club that isn’t Finals 2019-bound.

Plenty of digital ink has been spilled on the youth movement happening on Vancouver Island, so forgive us if you’ve heard this one. Still, it’s a nice to put a bow on the season by celebrating the 14,322 minutes Pacific gave to under-21 players in 2019.

Really, it’s hard to find a stat more promising than this, even if it is something we’ve been hearing all year. Six players hit the 1,000-minute plateau, with Terran Campbell leading the way at 2,436. Kadin Chung, Noah Verhoeven, Alessandro Hojabrpour, and Matthew Baldisimo all finished with over 1,800.

The Tridents fulfilled the league’s U-21 playing time requirement 14 times over, more than doubling the total of second-place Valour FC (6,889).

The results may not have been there for Pacific this year, but the young talent sure was. A sign of good things to come?

We already knew that York9 is one of the better passing teams in the CPL, but this figure speaks more to how they’ve come together as a team. In the Fall season, 75.63 per cent of York9’s attempted passes came when the passer had at least two viable outlet options (significantly more than any other team).

So, not only were they finding their mark 79 per cent of the time (second in the league), but they were also fluid enough off the ball that their players were rarely stranded without passing options. It’s not necessarily just patience, either: the Nine Stripes attempted the second-most passes in the CPL.

Jimmy Brennan spoke all year about building a well-defined tactical system. It’s something that takes a while to instill, but the Nine Stripes (who fought their way up to third place in the Fall season) seemed to be much more in sync down the stretch. Is this a sign that York9 could be a tactical menace next season?

This figure represents the amount of successful line-breaking passes HFX made in the Fall season, which is good for third in the CPL (and very, very close to second-place FC Edmonton). The Wanderers were far from the most accurate passing team in the league, finishing bottom of the table in overall percentage.

However, they developed a reputation as perhaps the league’s most direct team. They were great at striking on the counter, and they frequently chose to move it straight downfield. Stephen Hart’s side did well passing the ball through rows of opposing midfielders and defenders, which is a good sign.

The finishing needs work, certainly, but HFX can take solace in the fact that their forward-first style of play has been successful in this regard. They chose the forward option more often than any other club (over 60 per cent of the time), so it’s very promising that these passes are, more often than not, breaking through a line of defence.

Not strictly a stat, but Marco Bustos is in the top third of CPL attackers in seven of Sportlogiq’s ten metrics. Check out his chart (a larger bar equals a higher percentile rank):

The 23-year-old Winnipeg native emerged as one of the league’s most dynamic playmakers this year, introducing himself to defenders as a shifty dribbler who’s hard to stop without fouling.

He’s in the upper echelon of forwards in terms of passing (and turning those passes into chances), and his off-ball movement puts him in the 89th percentile for through ball receptions. Very, very few players have as full a chart as Bustos (Cavalry’s Julian Büscher might be the only one whose graph looks better).

Valour had their share of defensive woes this season, but once they get the ball in the attacking third, look out. When Bustos linked up with Michael Petrasso or Tyler Attardo, they were a force to be reckoned with.

The Eddies were an imposing, physical team, and that shows in how many times they created shots from short range. Their 57 shots from in close is second-most in the league, behind only Cavalry (who just had more shots than most teams, period).

Of FC Edmonton’s shooting opportunities, 29 per cent came in and around the six-yard box, which is tied for most in the league. With players such as Easton Ongaro emerging as a top-notch finisher at the goal line, it’s certainly a good thing that the Eddies have been able to get the ball to dangerous spots from in close.

Although they were near the bottom of the league in total shots generated, it seems FC Edmonton typically chose to work the ball into the most dangerous areas rather than try their luck from far out. That’s a strategy that makes sense for a squad like that.

If they’re able to consistently find target men in the six-yard box, the goals will come in droves next season due to their physical ability up top.