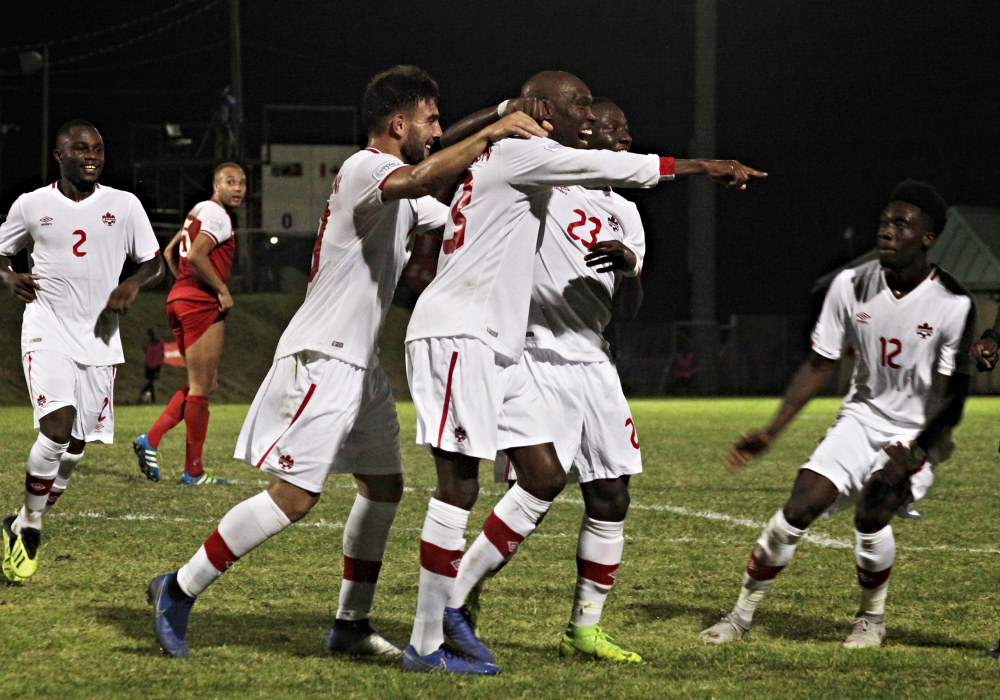 The previous time (2011) Canada’s men’s national team travelled to Basseterre, then head coach Stephen Hart rolled out a lineup that included Ante Jazic, Josh Simpson and Dwayne De Rosario before a head-scratching goalless draw that, regardless of its irrelevence, stayed with Canadian supporters entering Sunday night’s decisive Nations League qualifier against St. Kitts and Nevis back at Warner Park.

Though few players remain from the Canadian squad that featured back then under the current HFX Wanderers head coach, John Herdman’s current side benefitted from the team’s oldest head when Atiba Hutchinson rose above everyone to nod home a crucial first half goal before an eventual 1-0 win that all but assured Canada’s place at next summer’s Gold Cup.

In his 80th appearance for Canada, the 35-year-old Besiktas midfielder met a whipped-in cross from Russell Teibert moments before halftime to keep Canada perfect (3-0-0) in CONCACAF Nations League qualifying and atop the standings alongside Haiti, Cuba and Jamaica.

“That was a captain’s performance,” Herdman said of Hutchinson. “He’s enjoying his time here, he’s taken on a leadership role. To see him go out there and score, I think it was fitting.”

A fourth consecutive result on Matchday 4 (March 26) against French Guiana in Toronto will see Canada join Mexico, Costa Rica, Honduras, the United States, Panama, Trinidad & Tobago and five additional top Nations League qualifiers in Nations League Group A, meaning Les Rouges will have the opportunity to test themselves against the confederation’s best in the build up to 2022 World Cup qualifying.

The win also kept Herdman unbeaten on the men’s side after Canada’s long-time women’s coach was handed the reins last January.

“It was a resilient performance,” Herdman added. “At times you do have to dig in and grind out results in tough conditions and that’s what the players did tonight.”

Canada’s lopsided Nations League goal-difference improved to plus-14 after pitching a third consecutive shutout against a St. Kitts and Nevis side on the cusp of qualifying for its first Gold Cup.