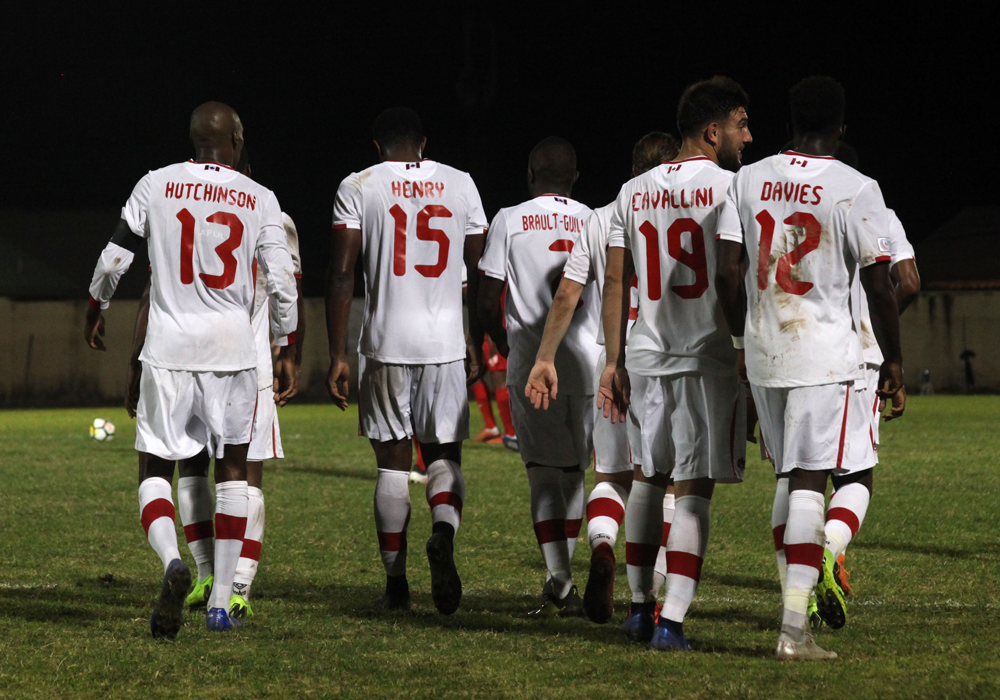 Despite enjoying relatively high-scoring results in the first two matches – with Canada sweeping past the U.S. Virgin Islands 8-0 to open its campaign, then defeating Dominica 5-0 at BMO Field – the St. Kitts backline proved a more formidable foe.

It was veteran midfielder Atiba Hutchinson who played hero on the day, scoring the lone goal as Canada defeated St. Kitts 1-0 away from home to pick up a third consecutive victory in this 34-team qualifying tournament.

“It was a resilient performance,” Herdman said after the match, as quoted by the Canadian Press. “At times you do have to dig in and grind out results in tough conditions and that’s what the players did tonight.”

As a result of this third victory, Canada currently sits joint-third at the top of the 34-team table, with Herdman’s side taking on French Guiana at BMO Field on March 26 for the fourth and final matchday of this qualifying tournament.

The team would need a win or potentially even a draw and other favourable results to comfortably finish among the top six teams in the standings, which would secure Herdman’s side the best possible outcome from this one-off competition.

The top six teams in this qualification stage will earn an automatic berth to the 2019 CONCACAF Gold Cup, as well as seeding to League A of the CONCACAF Nations League, joining the six nations that were omitted from this round of qualifying due to their participation in the “hex” stage of the last World Cup qualifying cycle – the U.S., Mexico, Costa Rica, Trinidad and Tobago, Panama and Honduras.

Here’s how the table looks after Canada’s third match, with three fixtures left in Matchday 3: