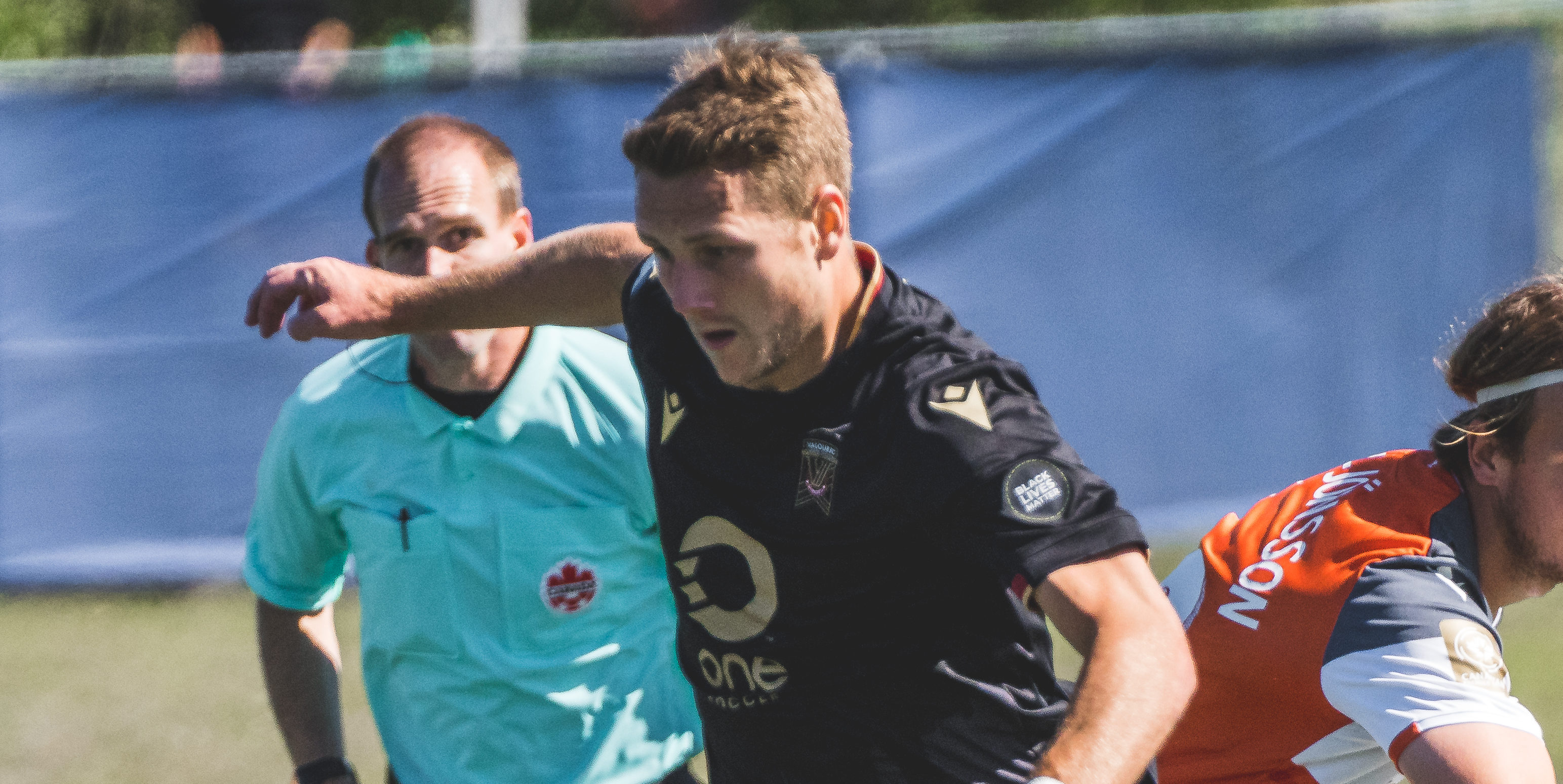 Valour FC announced on Thursday that versatile midfielder and defender Brett Levis has re-signed with the club for the 2021 CPL season after impressing during The Island Games.

“We are absolutely delighted to have Brett back with us (next) season,” Valour coach Rob Gale said in media release.

“He showed what a versatile and talented football player he is, with an excellent left foot and lots of attacking quality. He’s got the right character, loved playing for our club last year and we know he’s going to be a huge player for us in 2021.”

Levis, a 27-year-old native of Saskatoon, signed with Valour in early 2020, moving to Winnipeg following his previous stint with the Vancouver Whitecaps (for whom he made 23 MLS appearances).

He appeared five times for Valour during their seven-game run during 2020 CPL campaign, missing two matches due to injury.

A player who can slot in wherever he’s needed, Levis played a number of roles at The Island Games; he began as a right winger, but when first-choice fullback Arnold Bouka Moutou suffered an injury in Valour’s first match, Levis filled in at left-back four times.

Contributing to both the attack and defence, Levis was an important player for Valour when healthy. He was very dangerous in set-piece situations, taking many of their corner kicks from the right side. He recorded two assists from corners, contributing to Andrew Jean-Baptiste’s goal in a 4-0 win over Atlético Ottawa, as well as Yohan Le Bourhis’ marker against Forge FC.

Levis, the first player from Saskatchewan to suit up in the Canadian Premier League, brings plenty of experience in the Canadian game, having played in U SPORTS and MLS, with a stint at Whitecaps FC 2 in USL as well.

Valour has been busy this off-season locking up key players for next year. Already, Gale has re-signed Jean-Baptiste and winger Masta Kacher, as well as Levis. On a recent edition of the OneSoccer hangout, Gale hinted that more players from this year’s Valour squad will be back in 2021.

Valour finished in sixth place in PEI with a record of 2-2-3 and scored just eight goals over seven matches.  A lack of goalscoring prowess is something Gale hopes to address this off-season.

“We need a no. 10 and a no. 9 to get bums off seats, as they say,” Gale told OneSoccer. “We’ll also look for an operator in the middle of the park, too… We’re going to continue to build the jigsaw puzzle.”