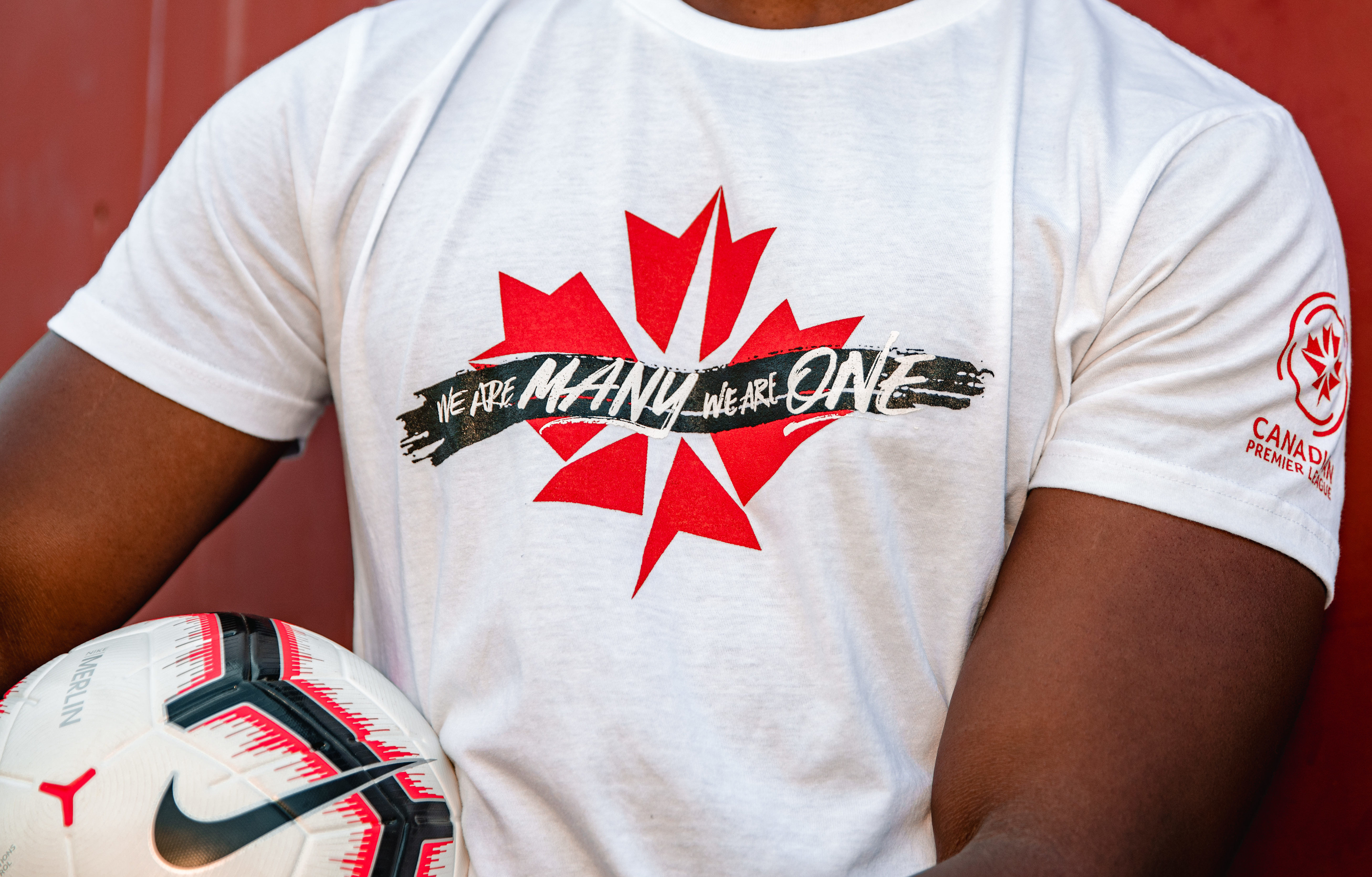 The Canadian Premier League (CPL) is proud to unveil the first official CPL Canada Day Celebration T-Shirt that will be worn proudly by our players and coaches as pre-match tops at the three CPL matches taking place on Canada Day. Fans can commemorate the league’s historic journey in their inaugural season by purchasing the shirt that honours Canadians’ united passion for the game.

The Canada Day Celebration T-Shirt was inspired by the vision we have for the future of soccer in Canada, a united league that flourishes with diversity. These limited-edition shirts serve as a memento to be treasured and to mark the League that is for Canadians by Canadians. The Canadian Premier League’s Canada Day tee is a nod to Canadian soccer supporters, players, coaches, and everyone in the game who’ve long dreamt for a league to call their own.

Each shirt carries a white, black, and red colour scheme and features a design that incorporates the Canadian Premier League logo, the Maple Leaf and the League’s mission statement: “We are Many, We are One.”

The design and the logo were crafted to signify the Canadian Premier League’s strength in diversity. The layout of our ‘Northern Star’ within the ‘Maple Leaf’, represents the league’s desire to create a cultural mosaic from coast to coast.

The CPL Canada Day Shirt drops exclusively online at the CPL Shop on June 27th for $19.99.