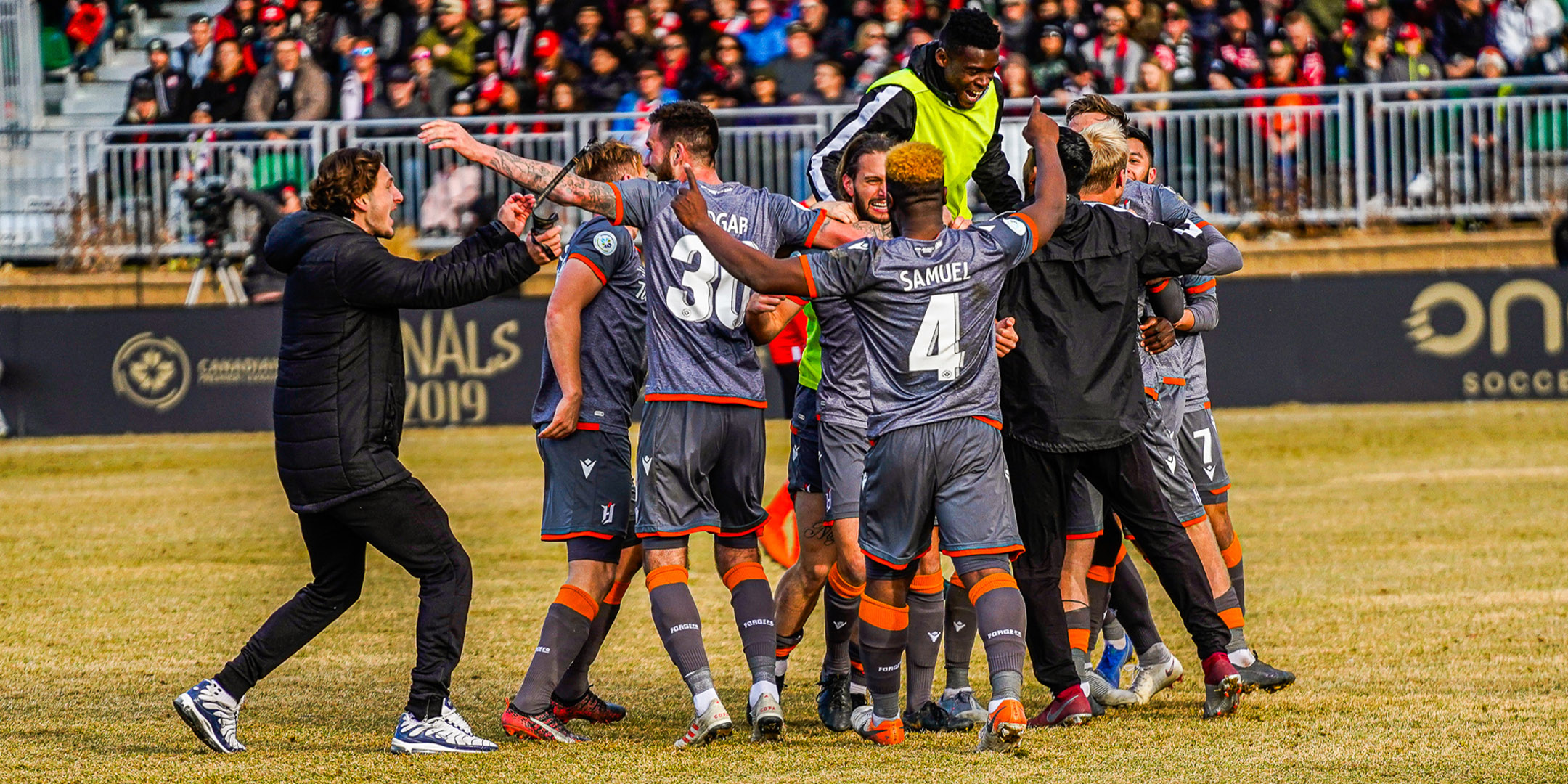 Last week, the eyes of the Canadian soccer community were on Hamilton. This week, they turned to Calgary, as the country watched Forge FC withstand Cavalry FC to win the first-ever Canadian Premier League Finals, 2-0 on aggregate, at ATCO Field, Spruce Meadows.

Leg 2 had no shortage of scoring chances, but just one goal, as Forge’s David Choinière scored against the run of play on almost the final kick of the game.

We saw some intense soccer, plenty of drama, and at the end of it all, Forge captain Kyle Bekker lifting the North Star Shield.

With #CanPLFinals trending across the country, here’s how Twitter reacted to match 100 of the inaugural CPL season.

After some concern over how Mother Nature would cooperate with Leg 2, the conditions turned out just fine at Spruce Meadows:

It seems Forge brought along a good luck charm.

ATCO Field, just like Tim Hortons Field was a week ago, was bouncing.

Despite all their chances, the Cavs couldn’t find a goal through more than an hour. So, they brought on a difference-maker:

But it was Forge that would find the net. Straight out of Saint-Jean-sur-Richelieu, it’s…

The final whistle sent fans back in Hamilton into a frenzy:

As well as those who made the trip to Alberta:

The champions had at least one familiar friend watching from overseas.

Im so proud of each and every one of them. Being there first hand I can confidently say this was the hardest working group in the entire league. Well deserved and built within. Congrats @ForgeFCHamilton @SigmaFC https://t.co/oVuVtzqI3v

The Spring and Fall season winners left their home pitch to a standing ovation, even in defeat:

It looks like the party won’t be stopping anytime soon in the Forge camp, though.

Crowning a CPL champion was a long time in the making. Let’s not forget the long journey that led us here.

Amazing finish and sofitting that our Shield comes home to the genesis of our league in Hamilton, Ontario. Congratulations @CaretakerBob and everyone at @ForgeFCHamilton ! https://t.co/QxXG7ne9ee