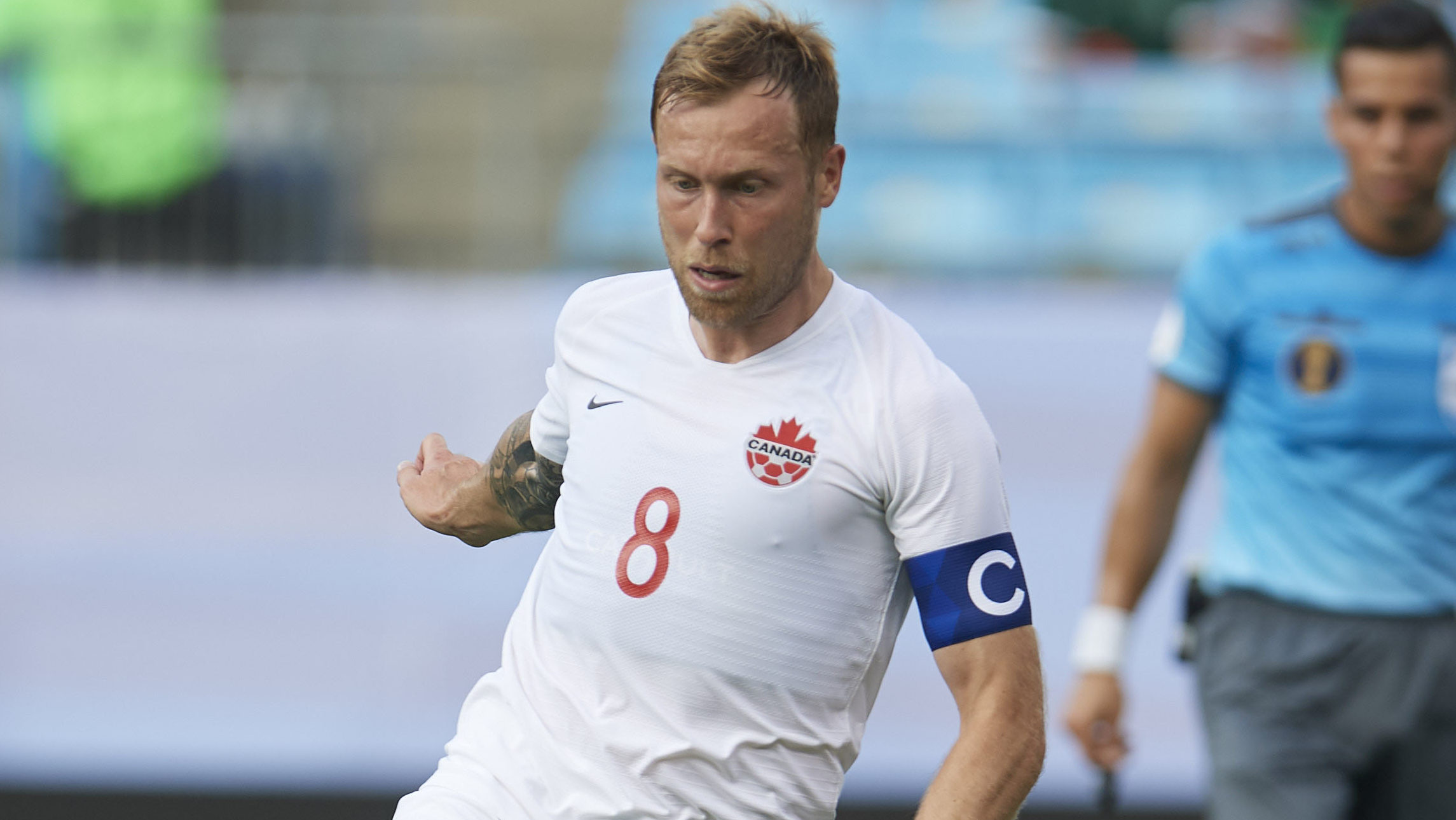 Not because he doesn’t want to tip his hand ahead of Tuesday’s Concacaf Nations League match at BMO Field between Canada and the United States, but rather, he doesn’t think the game will decided by tactics.

Last month, Mexico earned a 3-0 win over the U.S. in a friendly, brushing aside the Americans by using a high press to force their opponents into mistakes and then capitalizing on them with a swarming attack.

The question was put to Herdman following Canada’s final training session on Monday night as to whether he would employ the same approach on Tuesday that proved so successful for the Mexicans.

Herdman, though, was quick to downplay the importance of tactics in what he thinks will be a highly-spirited affair.

He later added: “In some games, tactics are everything, but in games like this, it’s who’s willing to really impose their will.”

Tuesday’s game could be very interesting if it does turn into a physical battle, as players who usually line up together in MLS could square off. The U.S. side features Michael Bradley, while Canada has called up a trio of his Toronto FC teammates in Jonathan Osorio, Richie Laryea and Liam Fraser.

Osorio, who has four goals in 29 appearances for Canada, is excited by the prospect of facing Bradley, TFC’s iconic captain.

“It’s going to be good. I’ve played against him one time before, not a serious game, but when he was at Roma. It was only friendly, so it was different, I hadn’t been teammates with him yet. Now, being teammates for so long, we’ve been through a lot as teammates, so now getting a chance to play against him on the international level is exciting,” Osorio said.

“As a player, you want to go against the best around the world, and on this continent, he’s shown that he’s one of the better midfielders, especially for that country, in their history. Exciting for me, exciting for us, to go against players like that.”

Laryea added: “I’m going to do whatever it takes for our country to win this game. It will be nice to match up against him.”

U.S. coach Gregg Berhalter was full of praise for Canada, signalling out young attackers such as Alphonso Davies and Jonathan David for their dynamic play, and captain Scott Arfield for his “game intelligence” and his ability to make a killer final pass.

“It’s nice when you see a country have such young dynamic players because you know the future is going to be bright for them. … All cross the board in all positions, they’re good,” Berhalter offered.

Canada tops Group A with six points (with two wins over Cuba, ahead of the U.S. (three points) and the pointless Cubans (two losses). After squaring off at BMO Field, Canada and the U.S. will meet on Nov. 15 in Orlando, so this home-and-home series will likely determine who wins Group A and advances to the Nations League finals.

If Canada stands any chance of qualifying for next summer’s finals, it’ll have to take points off the Americans in this two-game set. That’s easier said than done, considering Canada hasn’t defeated the U.S. in 34 years, although Berhalter downplayed the Americans’ recent run of dominance over the Canadians.

Still, there’s no escaping the fact that this is a huge test for Canada.

“I think they will be very excited, very motivated. I think they’ll want to start in an aggressive way. … They’ll want to play off (the buzz from the fans) and see if they can bring the crowd into it in a good way. A lot of what you hear from their side is excitement about this game, the opportunity to play us, the opportunity to play a big game in Toronto. They’ll be up for it in every way,” Bradley stated.

Didic previously represented Canada at the under-23 level, and he received a call-up to the senior team for a friendly against Jamaica in 2017, but he didn’t play.