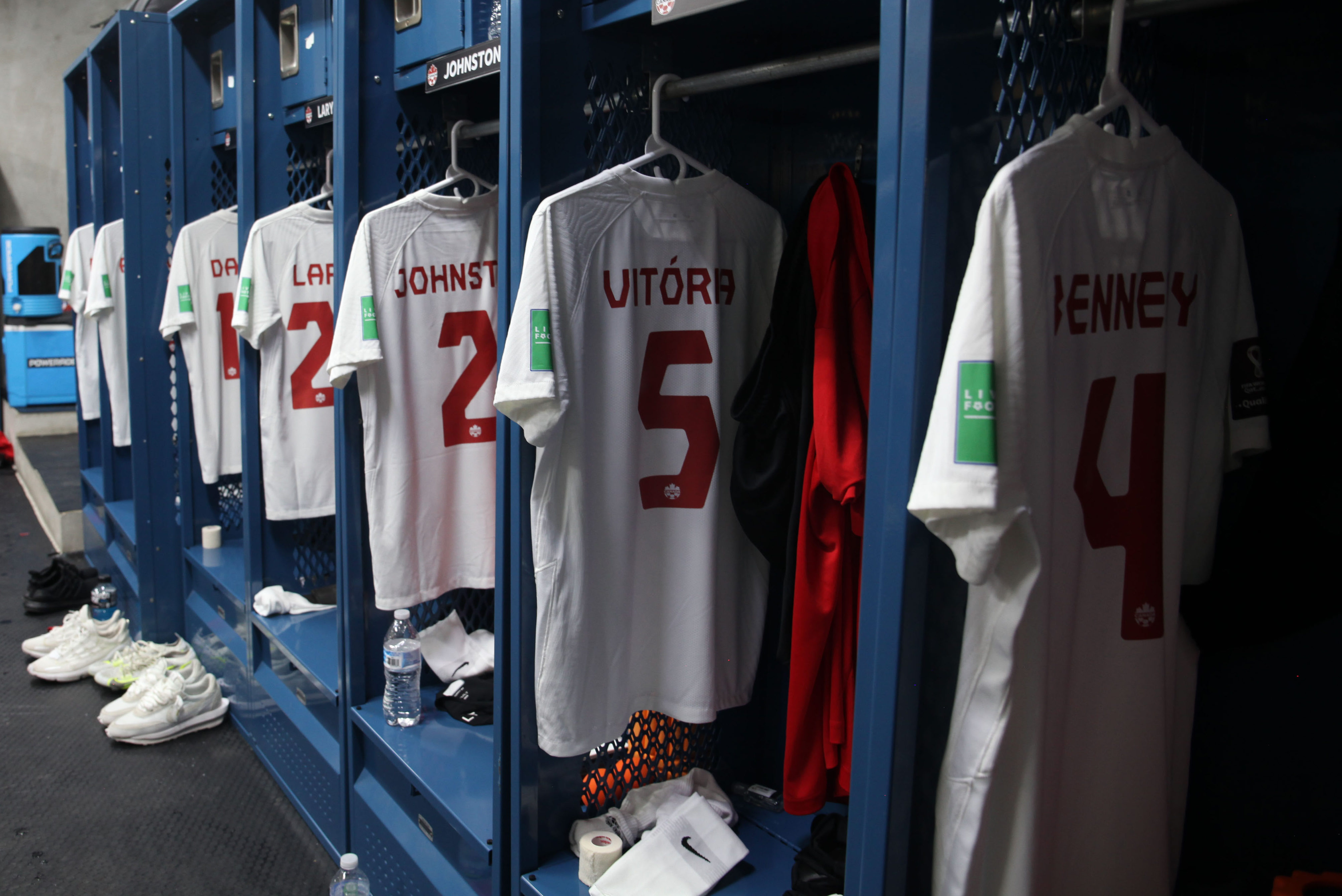 The Canadian men’s national team are close to doing something they haven’t done since 1997: advancing to the final round of Concacaf’s FIFA World Cup Qualification. There are eight players in this squad born in 1998 or later, for context on how long it’s been since Canada were last that close to a World Cup.

Their goal is easier said than done, of course, but after winning 1-0 in their first leg against Haiti on Saturday, a win or a draw on Tuesday night would see them through to the next round.

Ahead of Tuesday’s match, and in the wake of their win on Saturday, Lucas Cavallini and Alistair Johnston spoke to the media.

The pitch in Haiti seemed to be a tough place to play for both sides on Saturday. The turf pitch looked dry and spongy, and the referee for that match even twisted his ankle while turning at one point.

The heat didn’t make it any more comfortable.

“When we were out there on the field, you could see the guys, everyone around us is knackered, even in warmups,” said Alistair Johnston. “Humidity is hitting, it’s 30-something degrees out there and the turf is burning. It’s one of those ones where you look around and go ‘hey, this is going to be a war’.”

“As a group, we each looked at each other and said ‘let’s pull through this one’. It’s not perfect conditions, but it’s what you’ve got to do. If you want to qualify for a World Cup you need to go to these places and get results.”

Going into leg two, Canada seems confident in their team, but painfully aware that Haiti is a team capable of making an impressive comeback.

“Everyone laying it on the line and, in possession, being brave on the ball, making those tough decisions. We’re not going to rest on our laurels and try and sit on a 1-0 lead going into this game.”

That’s promising for Canadian fans, who will want to see this match done and dusted as soon as possible.

Having a strong team, who have now been through diverse experiences, will be a big benefit.

“It’s been going really well,” said Lucas Cavallini. “The team has been shaping up to be the team we want it to be. [We’re] gaining confidence, going through different experiences.”

“We have one more final, one step to go. We just have to keep doing what we have to do.”

Cavallini added that the team is confident, but not comfortable, with the position that they’re in, and that some Canadian teams in the past may have had trouble in a tie like this.

“Canada back in the day would’ve had a tough result, but we’re here to show that things have changed now,” he said.

Tuesday’s match has been portrayed by some as the biggest match the men’s national team has played in quite some time. Whether or not you, or the team, believe that to be true, one thing is for certain: this match is a long time coming.

“I think there’s probably more pressure from the media,” he added, saying that the team is confident ahead of Tuesday’s match. “We feel like this is a great opportunity. I don’t think there’s any added pressure because we haven’t been there in over 20 years.”

After the 1-0 win in leg one, the team is excited more than anything.

“We’re just excited by it, and we feel like we’re in a pretty good place right now with how that first leg went,” added Johnston.

The Nashville SC right back has played in some big games, including in the MLS Playoffs, but says that this is without a doubt the biggest match of his young career. He compared its importance to that of a Champions League final.

“Growing up as a kid in Canada, your dream is to play for the Canadian men’s national team,” he said. “Everything that national team football is about is making it to World Cups,” he said. “This is climbing a mountain to get to that point. As a player, I don’t think there’s any match in club football that can match this.

“It’s everything you live for as a soccer player, so this is it. This is the big one for us right now, and hopefully we get over this hurdle and then we’ll be onto the next — and each match after that will be the biggest match of my life again.”

Cavallini, like others have done throughout this national team camp, said that the program is in a very good place at the moment, but the Vancouver Whitecaps forward believes that the best is still yet to come.

“From two years back when John [Herdman] took over, to what he started forming this program and generation of players, you can see a lot of maturity now,” said Cavallini. “You can see how the team has really gelled together. We lost a year from the pandemic, but the boys individually at their clubs have grown and developed a lot.