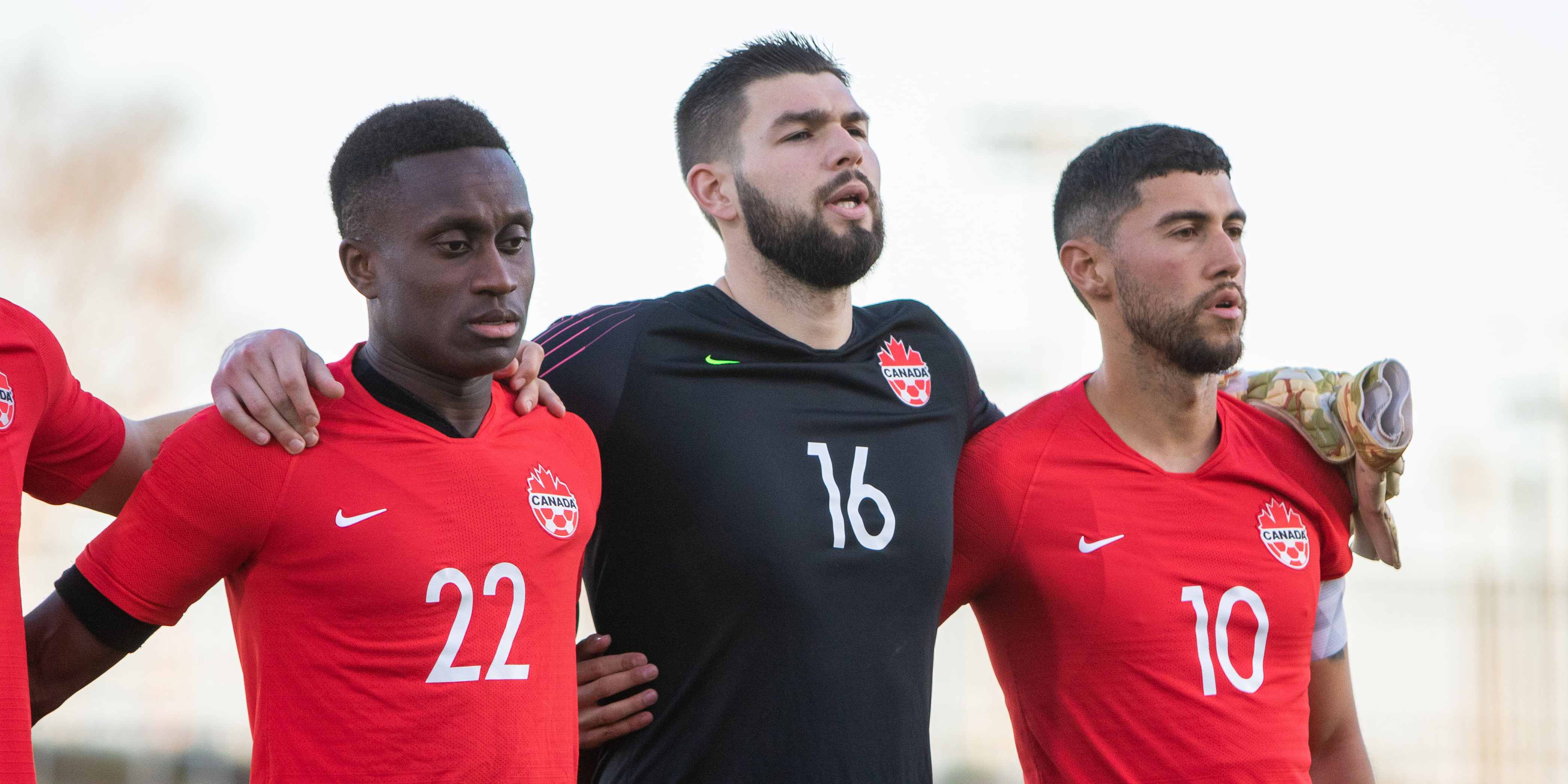 The Canadian men’s team completed its January camp down in California on Wednesday with a 1-0 loss to Iceland, as their attack faltered uncharacteristically against strong opposition.

Les Rouges had control of the game for the most part, after conceding on a set-piece in the 21st minute, but for all their possession they weren’t quite able to create enough dangerous chances.

The result is a disappointing one for Canada, who had hoped to pick up a few more FIFA ranking points in their quest for “the Hex” and 2022 World Cup qualification, but a few performances did shine through on a fairly lacklustre night.

So, with this third test of 2020 in the books, let’s review. Here’s how each Canada player fared on Wednesday night.

Maxime Crépeau (6/10) – He made a few good saves, including a massive reflex stop in the 76th minute, but his distribution was a little panicked at times. He also seemed to misread the corner kick ahead of Iceland’s goal, although he didn’t have much help from the defenders on that occasion.

Samuel Adekgube (6/10) – A frustrating night for the experienced fullback. He had some good runs, both with and without the ball (including one that saw him blaze through a pair of Icelandic defenders), but none of them came to anything. He was also knocked off the ball a tad too easily at times.

Kamal Miller (4.5/10) – A nervy outing in the middle from Miller, who may be more used to playing left-back for Canada. Wasn’t able to find good outlets for passes from the back very often, and also looked asleep in the box when Iceland scored. Still, he made some key tackles going backward.

Amer Didic (7/10) – Began the game a little sluggish, but as his confidence grew he began hitting diagonal passes like a game of Connect 4. Very brave (almost too brave occasionally) jumping forward to cut lanes and make tackles, and stood tall in his defensive duels.

Richie Laryea (5/10) – Not much to speak of from a pretty quiet night. He had a few quality flick-ons while overlapping, but we saw none of the bursts of pace that endeared him to Canadian fans in 2019.

Samuel Piette (6.5/10) – A wrecking ball as usual in midfield, Piette earned a yellow card for his troubles, but his work rate was worthy of the captain’s armband. He covered a lot of ground and threw himself into duels all over the pitch, outmuscling most opponents.

Liam Fraser (8/10) – Took on a tremendous amount of responsibility, pulling the strings in midfield with distribution while also dropping between the centre-backs a fair bit. Fraser sprayed pinpoint long balls to the likes of Zorhan Bassong and Sam Adekugbe for most of Canada’s best opportunities. Probably the side’s best player on the night.

Jonathan Osorio (5.5/10) – Had a much better second half than first, but he was lacking a good deal of his trademark creativity. He came alive in the last 5-10 minutes again, but Canada certainly could’ve threatened more in attack if Osorio had been a little sharper with his touches. Not a terrible night, but far from Oso at his best.

The best of the action from tonight's clash in California. pic.twitter.com/v1XIQUAPqg

Charles-Andreas Brym (6.5/10) – Perhaps the name heard most on the broadcast, Brym had a hand in every Canadian attack. He was agile and worked very hard, dropping deep when necessary, but the finishing was an issue. He had at least two good opportunities to shoot, only to dribble to the goal line and squander the chance.

Tesho Akindele (5/10) – Didn’t make much of an impact, linking up well with Adekugbe a couple times but ultimately not creating much. He was let down by his first touch a little too often.

Tosaint Ricketts (5/10) – Like Akindele, his first touch was shaky. He showed flashes of his pace occasionally, but was often caught too deep to run into space for long passes and thus couldn’t use his best qualities enough.

Zorhan Bassong (7.5/10) – Changed the game immediately upon entering. Bassong was a revelation on the right flank, with Herdman constantly calling for midfielders to search for him in space up high. Fraser found him a couple times, and Bassong in turn found Brym at a solid rate. An excellent camp for the 20-year-old.

Ashtone Morgan (5/10) – Didn’t really have much of an impact, entering fairly late in a position that didn’t see the ball very often in the final minutes. Did what he was expected to do, but didn’t offer much in the way of attack.

Jayden Nelson (6.5/10) – Also had a brief cameo, but looked lively in his limited minutes. He showed his quality in tight spaces and skill with the ball at his feet, but didn’t have enough time to really get involved. Still, impressive from a 17-year-old.