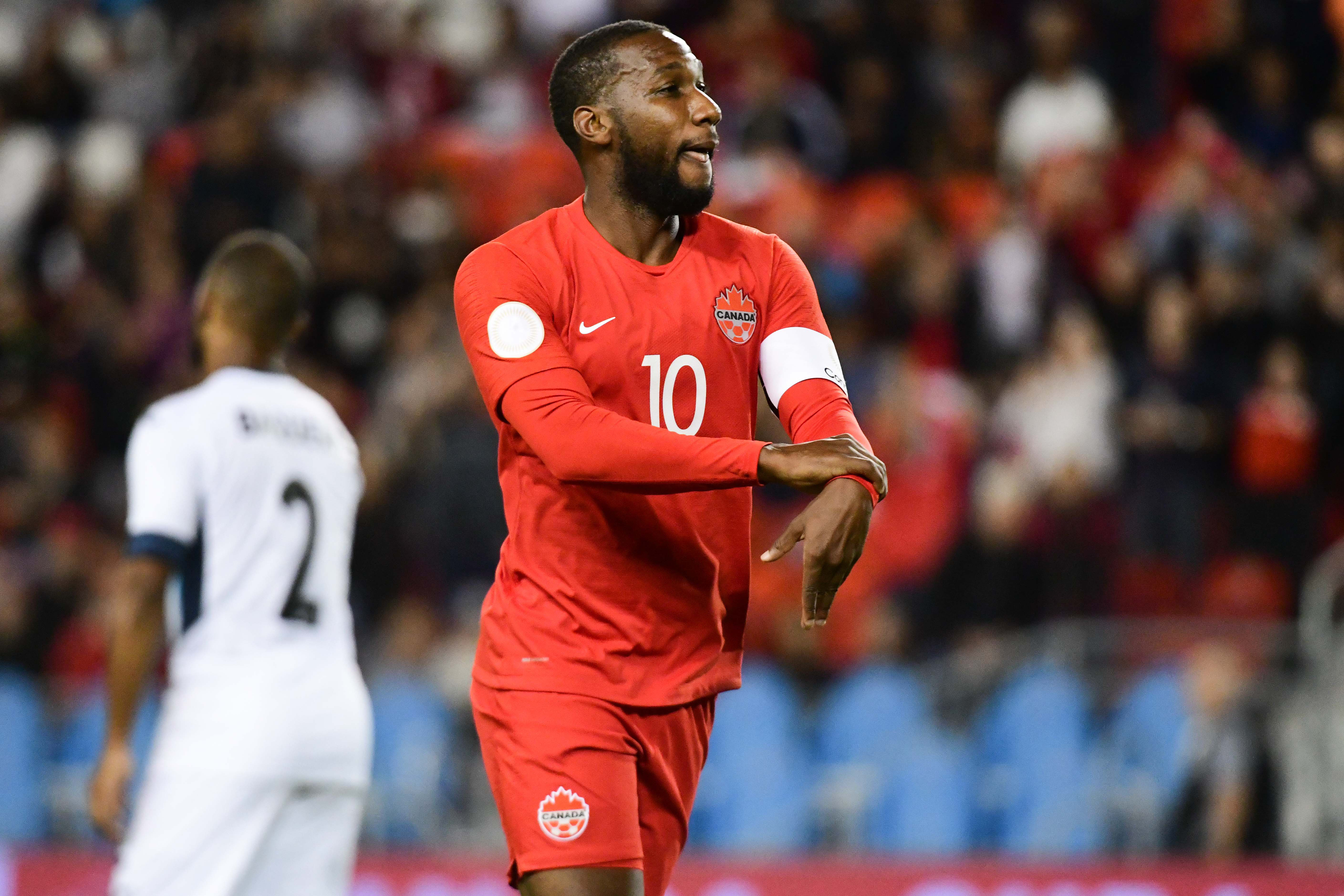 Canada’s men’s national team got their CONCACAF Nations League campaign off to a flying start Saturday, grabbing a 6-0 win at BMO Field in Toronto.

With a new-look backline, including debutant Richie Laryea and Kamal Miller flanking the usual centre-back pairing of Derek Cornelius and Doneil Henry, and Mark-Anthony Kaye added to a three-man midfield, Canada had a different feel to their summer’s Gold Cup lineup.

But, as the scoreline suggests, the work was largely done by forward players – tried-and-true ones – farther up the pitch.

Junior Hoilett led the way with a hattrick for Les Rouges as Jonathan David, Doneil Henry and Jonathan Osorio also scored for Canada.

These teams meet again on Tuesday in a neutral venue encounter in the Cayman Islands.

But before that comes, let’s review. Here’s how they scored Saturday night:

Milan Borjan (7) — A relatively quiet night for Canada’s goalkeeper, except for a point-blank hero save; exposed, striker with time, Borjan came up big the lone time he was called.

Kamal Miller (7) — Miller was effective as a new left fullback option before being taken off after an hour. Particularly good defensively, the Orlando City defender made several impressive clearances.

Derek Cornelius (7) — A sliding block from Cornelius in the second half denied a decent half-chance for the Cubans. Part of a relatively quiet-but-effective night out.

Doneil Henry (6) — Henry whiffed on a clearance attempt that immediately led to Cuba’s best chance of the match. But, he would be redeemed, with a sliding attempt the sailed past the Cuban ‘keeper for his first goal for CanMNT.

Richie Laryea (8) — What a debut. While defensive duties were few, Toronto FC’s in-form fullback was immense in the final third. Great line-breaking feed to Holiett on his nearly first touch set the tone. Blasting forward with pace, the 24-year-old moved play up constantly, sometimes alone via knockarounds.

Samuel Piette (7) — Nice night for Piette in the pivot. Finished with 95% passing accuracy over 77 attempts.

Mark-Anthony Kaye (7) — Kaye, appearing in the midfield, worked as a shuttler. Several unlocking passes came, including a long ball that ended as an assist on Jonathan David’s goal. Kaye held possession well, too, as Canada marched on high ground against a defensive Cuban outfit.

Jonathan Osorio (7) — Difficult working the middle of Cuba’s four-by-two block, Osorio’s moments came through transition — just as his goal did with a back-post tap-in.

Junior Hoilett (10/10) — Captain on the night, Hoilett led by example with three goals and an assist. Starting with a moment of brilliance on the first goal, grabbing a turnover and going directly forward, Hoilett rolled on, capping with a smartly-taken second-half penalty. A smart assist to Osorio on his marker, too. Unlucky not to score a few more.

Alphonso Davies (7/10) — Skill and tricks were on display for Davies, who weaved around Cuban defenders on either side, drawing the penalty Hoilett scored on. Delivered some decent balls off set pieces.

Jonathan David (9/10) — An absolute peach of a goal in the 21st minute — beating his defender twice, knocking past and pulling back, before expertly finishing his chance through the ‘keeper’s legs — David converted one of the best individual efforts seen in a Canada shirt for quite a while.

Liam Millar (5) — Coming in at right-wing, the Kilmarnock loanee stretched the play as a direct winger.

Steven Vitoria (6) — Centreback substitute Vitoria had little to do as Cuba tired, coming on for the last half-hour.