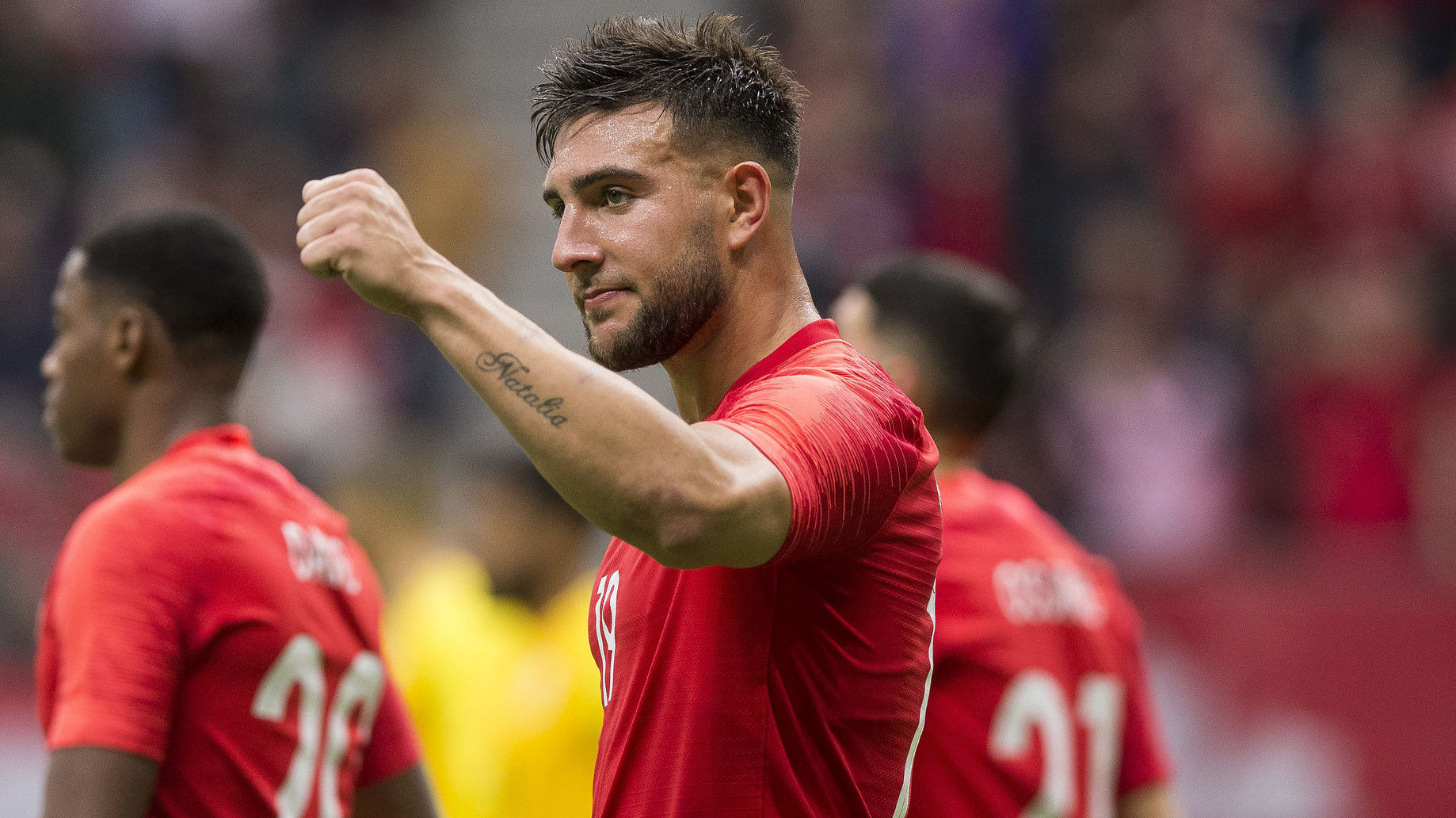 Being away from the Canadian national team setup for over a year hasn’t dulled Lucas Cavallini’s competitive edge in the slightest. Nor has it made him lose sight of how important the 2021 season will be for the future of Canada’s senior side.

Cavallini, a 28-year-old native of Toronto, is one of several players currently in Florida with coach John Herdman for the national team’s training camp, presented by Allstate. Most of the players in the camp, which includes CPLers Marco Bustos and Amer Didic, are North America-based, while players based in in Europe (such as Alphonso Davies and Jonathan David) remain with their clubs.

This camp serves as vital preparation for what will to be a very busy year for Herdman’s team. Canada is scheduled to host Bermuda on March 25 and then travel to face Cayman Islands on March 28 in its first two matches of the Concacaf qualifiers for the 2022 FIFA World Cup. A pair of first-round matches follow in early June.

Canada needs to win its group in order to advance. If the Canadians pull that off, a pair of second-round matches awaits them in mid-June. They would then have to win that aggregate series in order to book a spot in the final round of Concacaf qualifying, which kicks off in September with two games, and continues with two more games each in October and November. Then, of course, there is the small matter of playing in the Gold Cup, which runs from July 10 to August 1.

With such a heavy slate of matches, Canada’s depth and talent will be tested this year. It’s a challenge that is imperative for Canada to meet in order to set itself up for future success beyond 2021, according to Cavallini.

He later added: “We’re going to be together a lot, so it’s going to help us adapt quicker and be ready to compete with anybody.”

Cavallini’s most recent appearance for Canada came in a 4-1 road loss to the United States in Concacaf Nations League action on Nov. 15, 2019 — he didn’t play in the trio of friendlies that the Reds contested last January before the COVID-19 pandemic effectively shut down the national team for the rest of 2020.

Before last January’s exhibition games, Cavallini had 11 goals and an assist in 17 appearances (10 as a starter) since making his national team debut in 2012. He’s been a regular in Herdman’s first 11 during the past two and half years, starting for Canada at the 2019 Gold Cup and Concacaf Nations League, as well as in Nations League qualifiers.

Back in the national team fold for the first time in over a year, the veteran forward finds himself mentoring a number of the young players and first-timers who have been called into this Canadian camp, including Vancouver Whitecaps teammate Theo Bair.

“It’s good that I get questioned a lot (for) my insight and advice that I can give to the younger guys, like I have with Theo Bair. We talk a lot; he’s a young guy and he’s in this camp, and he’s eager to learn more and take advice from older guys,” Cavallini explained.

Bair earned his first two caps last January, and is just one of several young prospects who are in Florida, many of whom have been called into a Canadian camp for the first time. Cavallini has been impressed with how quickly the newcomers have fit in, especially when it comes to taking in and processing the slew of tactical information imparted to them by Herdman.

Also, with a number of starters not present due to European club commitments, this camp provides the new faces the chance to learn about the international game and develop their skills to better suit it.

“It’s a great opportunity for the young talent to showcase their abilities, their willingness to be a part of this national team, to show that they’re able to understand what the national team has to bring, and understand how John wants us to perform. This is a good window for them… just so they get good a sense of how Canada Soccer is evolving and that we’re no longer a joke, and we’re here to reach our objectives, have good results and hopefully qualify for a World Cup,” Cavallini offered.

Before Canada wraps up its camp this weekend it will play a scrimmage match against the United States on Saturday.

“The boys are looking good, and showing emotions and anxiousness to play this game,” Cavallini said.